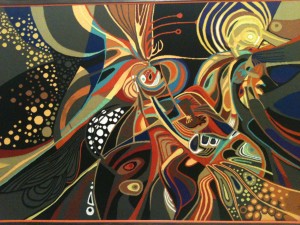 “a pioneer of contemporary African art” 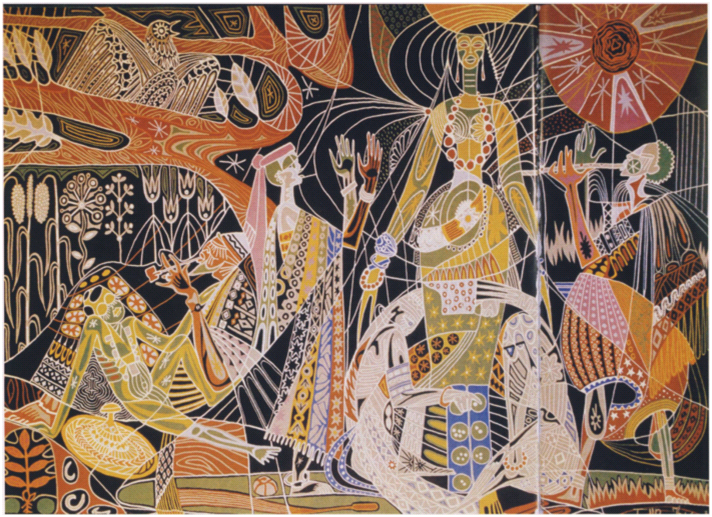 Several months ago I coveted a dress made out of gorgeously colourful clashing prints, alas no available size meant it remained on the hanger, but was reminded of the distinctive print when I saw some stunning tapestries by renowned Senegalese artist Papa Ibra Tall, whose exhibition opening was one of the first I stumbled upon during Dak’art 2012. Held at the Place du Souvenir, the event was a retrospective of sorts celebrating the artist’s long career, a lively well attended occasion that saw guests milling about observing the art and enjoying the warm evening, serenaded by the jazzy sounds of the National Orchestra. Displayed alongside paintings and photography, for me the tapestries were the highlight; rich in detail, colour and pattern; and at several metres in length and width covered large expanses of the exhibition room’s walls. Each tapestry was accompanied by a framed A3 painted sketch that showed the basis of the final piece. Woven in wool, the tapestries had a heavy sumptuousness about them and featured vivid, intricately themed imagery, the bright colours, mostly used against dark backgrounds for added contrast. The artistic style called to mind the highly decorative Art Nouveau characteristics of depicting nature, flourishes and rich colour; in particular that of Austrian artist Gustav Klimt; with hints of Picasso’s Cubism structure. 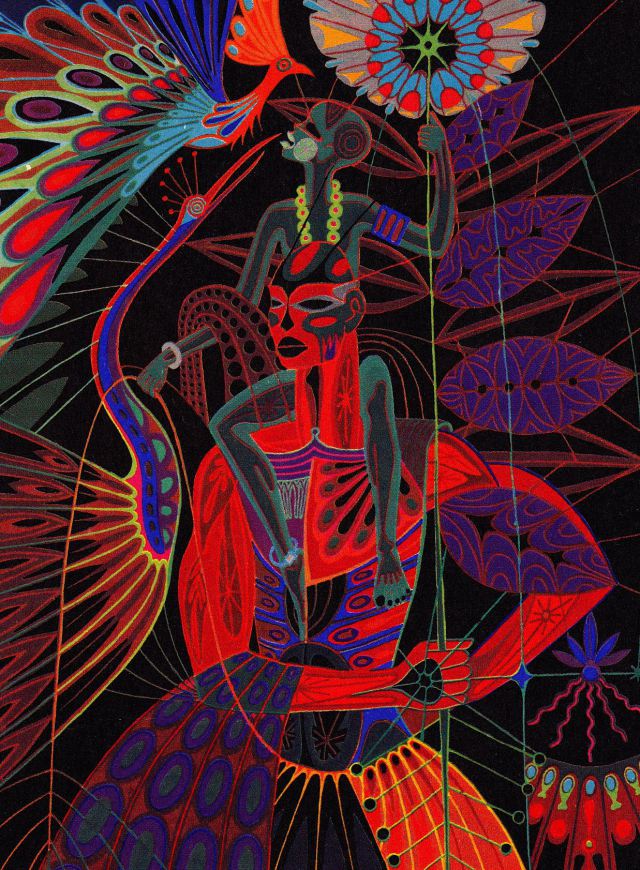 Wonders of the Bush. 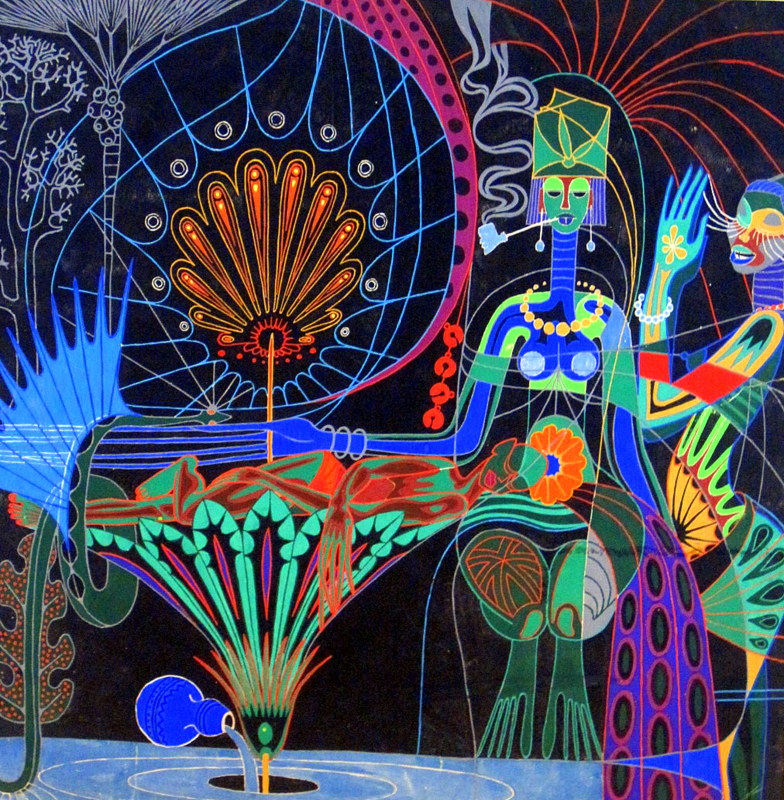 In a career spanning back to the mid-1950’s Papa Ibra Tall studied architecture and fine art in Paris and it was here that he started designing and weaving his tapestries, inspired by the designs and colours he had seen in a local exhibition of carpets and rugs. Paris was also where Papa Ibra Tall developed a love for Black American Jazz – referenced to in the music he chose for the opening of his exhibition – and during the same period he was also instrumental in organising an exhibition for Black artists living in Europe. Following independence in 1959 Papa Ibra Tall returned to Senegal, and began experimenting with ceramics, screen-printing and tapestry; eventually setting up a loom and began working to develop the modern art of weaving within the country. Between 1974-1991 Papa Ibra Tall’s work was part of a major traveling exhibition showcasing contemporary Senegalese art in America, Europe and Asia. Involved in major world cultural events, Papa Ibra Tall has also receiving various honours that include Commander of the Academic Palms of the Republic of Senegal; the Knight of the Order of Rio Branco from Brazil; and in the USA he has been awarded Freeman of the City of New Orleans and the City Atlanta. Tapestries always remind me of old grand stately homes given how they can dominate the rooms they are hung in, but despite the fact that the ones shown date back to the 1970’s they have a timelessness about them and would work in contemporary interior spaces. 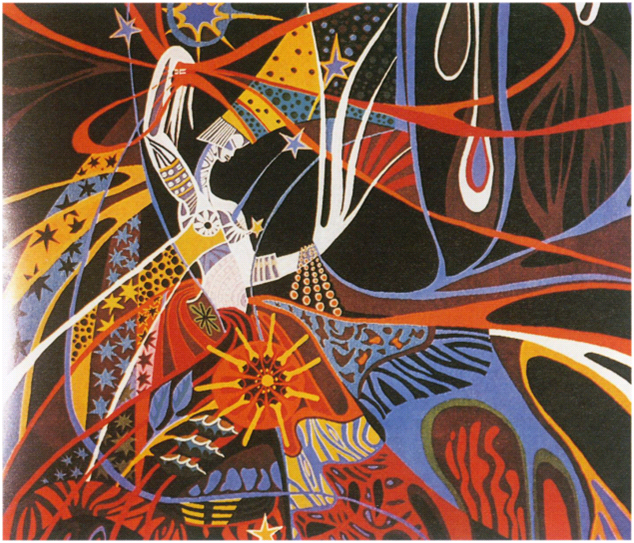 Seamstress of the Stars, 70’s.