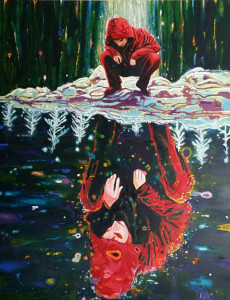 Armando Mariño is a renowned painter, sculptor and installation artist, and one of the most popular Cuban contemporary artists. He was born in 1968 in Santiago, Cuba, and from 1980 to 1987 he attended Escuela Provincial de Arte “Joaquín Tejada” at Santiago de Cuba, and from 1987 to 1992, Facultad de Educación Artística del Instituto Superior Pedagógico “Enrique José Varona” at Havana. 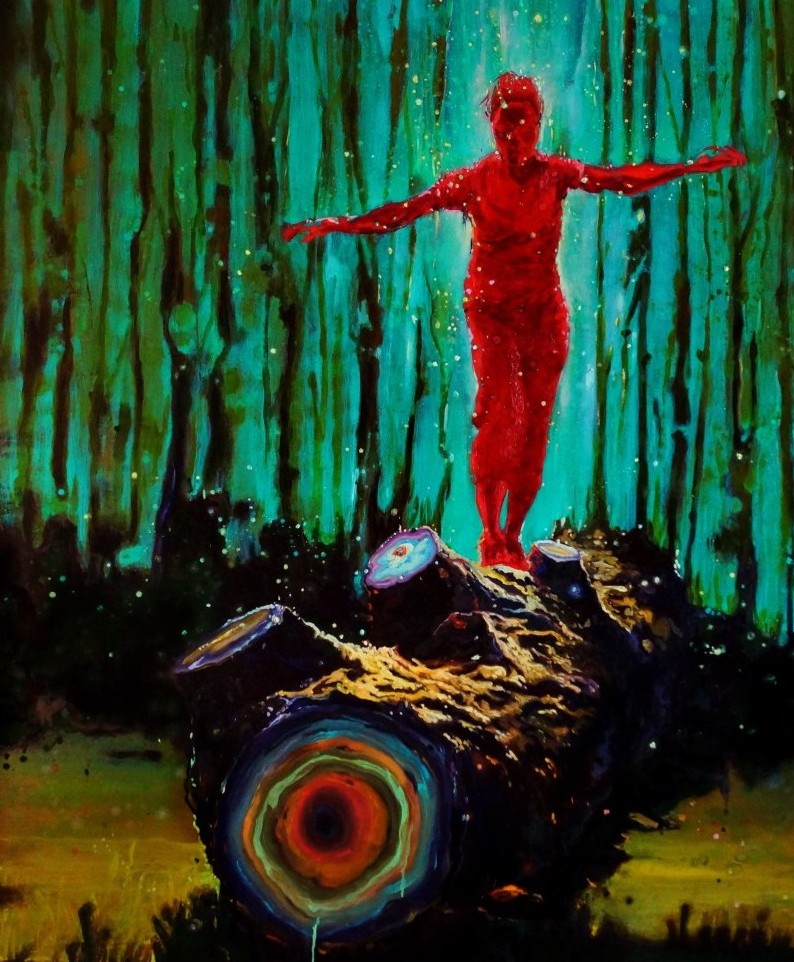 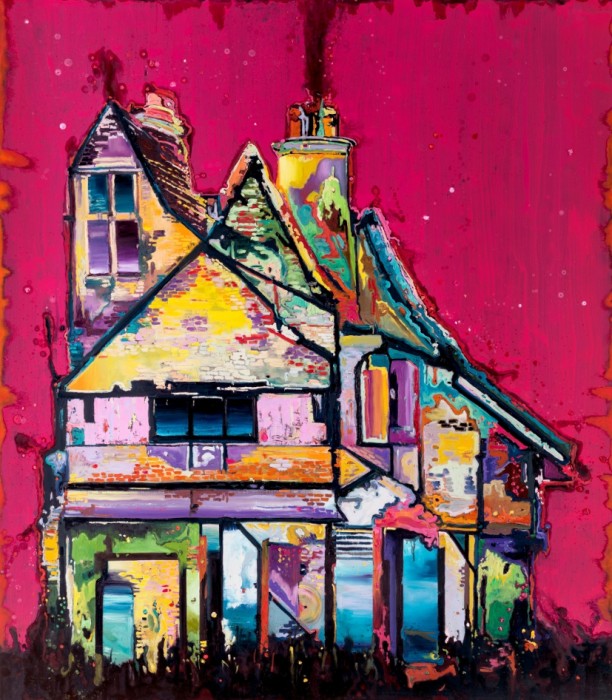 Beginning with his solo exhibition, Des-colon-izando el Entorno (De-colon-izing the Environment, Wifredo Lam Center, 1996), Mariño’s art has revealed a unique take on the practice of parody and pastiche. He created his own character, a well-built black man clothed only in short pants. This figure represents not only the artist’s own racially mixed identity, but the concept known in cultural studies circles as “the other” a cultural opposite, beyond the bounds of Western art and civilization. Instead of walking the streets of Havana, Mariño’s black man explores the canon of Western pictorial art, examining these works as socially accepted markers of status and prestige, consecrated by museums, academies, and art critics. 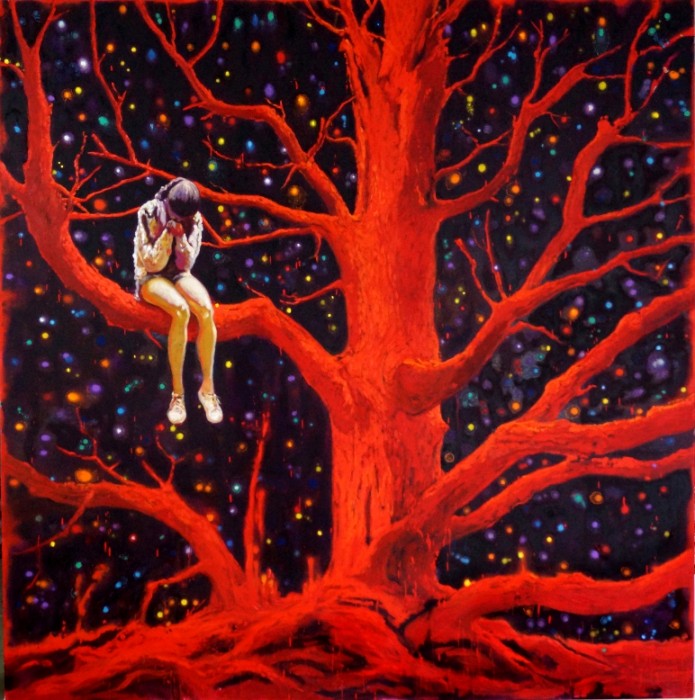 Using each painting as an independent frame, in the style of a comic strip or graphic novel, Mariño places his character in a series of odd situations, in which the figure adopts irreverent, almost bizarre attitudes. He uses Marcel Duchamp’s urinal, a temple of the analytical tradition of modern art, to satisfy a physiological necessity, or fills it with basketballs swiped from a Jeff Koons work. He climbs into Marat’s bathtub to demand the rights of liberty, equality, and fraternity, or prepares to take flight like Icarus. “By cannibalizing images, styles, techniques, references, and inherited material” explained the artist “I have tried to make visible the stereotypes and erroneous concepts that underlie certain narratives and discourses practiced by the Western world, and their relationship to the excluded ‘other’.” 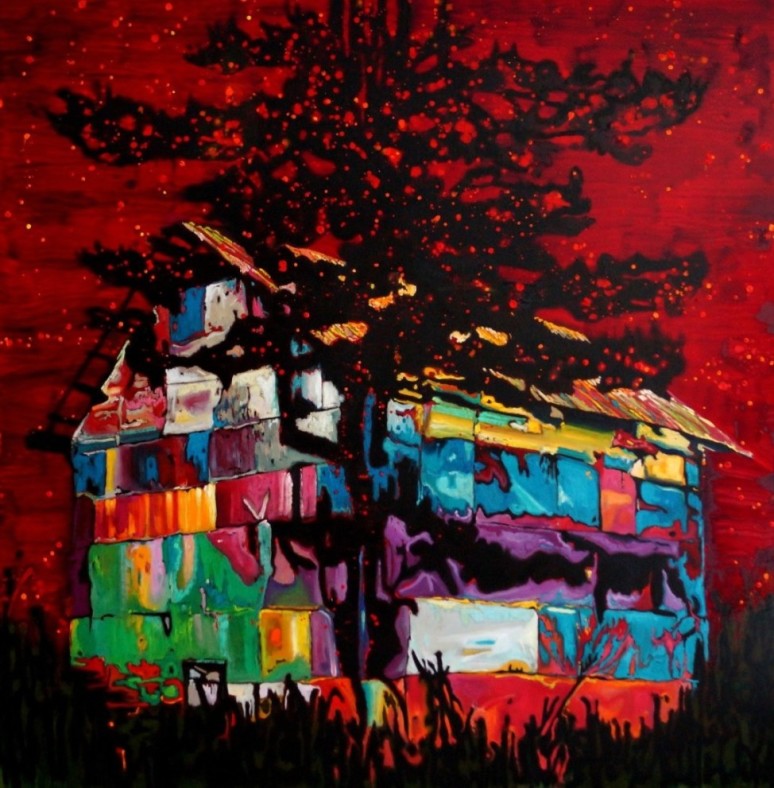 House of the Colors.

Mariño’s work titled La Patera (The Raft) signaled a change in the artist’s direction, a transit point to different territories of expression. In this pastel, a sketch for an installation exhibited in the Eighth Havana Biennial in 2003, the character of the black man has disappeared, and so has the international stage of his adventures. The artist’s gaze now seems to return to the island in a tangential way. The word “patera” is used in Spain, where Mariño lived, to identify the narrow rafts of balseros who, coming from North Africa, perilously cross the Mediterranean Sea to reach the coast of Andalusia or the Canary Islands. In La Patera, atop the numerous legs, the body of a vintage Oldsmobile car is placed, old American technology kept alive in Cuba by the twin forces of love and recycling. These big American jalopies not only work locally as taxicabs, but also transport many people from the eastern provinces to Havana. The body of the American car, symbol of both social prestige and the absence of Cuban technological renewal, will have to depend on the slow and disorganized movement of those feet, in a frustrated version of true progress, acceleration is impossible. Mariño’s image leaves room for ambiguity as it joins the many works of art that, since the Italian Futurist movement of the early 20th century, have made the automobile a paean to modern times. 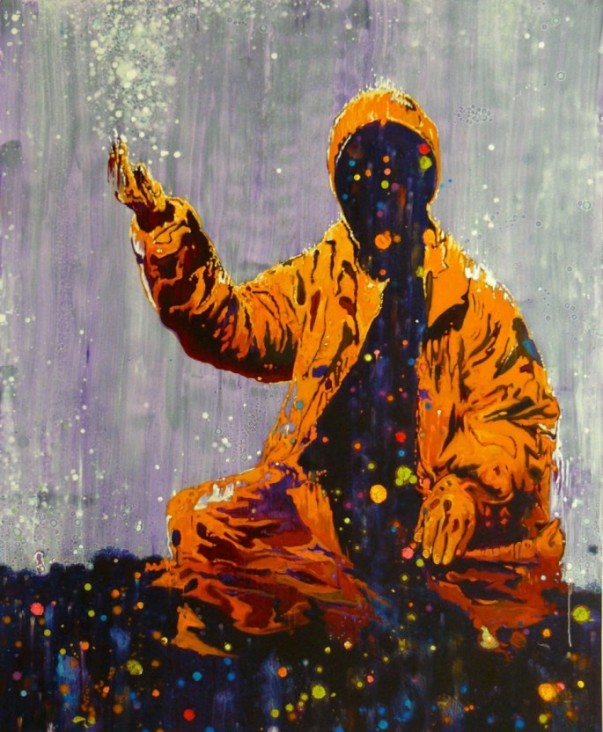 Mariño has been exhibiting across the world since 1990, mostly in Europe, USA, Africa and his homeland, while his works are represented in major private and public collections. He currently lives and works in New York. (text WideWalls site)