Given his unease with institutional rhetoric, and charming disinterest in ‘integrating into the circuits of contemporary art’; Dokolo intentionally operates from the edge. From where he wishes to be ‘uncomfortable’ and somewhat ill-at-ease with what is intended for the collection every time it is broken up for exhibition. In order, as he describes it, everything is challenged; the artworks, the collection, and their collective interests. Because for Dokolo “if it’s not painful, if it doesn’t hurt then we are not doing something right.”

END_OF_DOCUMENT_TOKEN_TO_BE_REPLACED 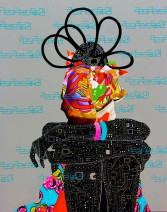 “Pangaea II draws on works from two vast continents tormented by their own grievances. Sculptural and two-dimensional, that when juxtaposed boil down to the visual exuberance of Latin American, that sugar-coat the causal effects of colonialism, consumerism, and political and social unrest, with unbridled adolescence. And more significantly the constellation of countries in Africa, from where art appears to function as a placebo for the chronic ills of a continent damaged by civil war, starvation, and slavery. All of which makes for a show that is as much about what is behind the curtain, as what is visually present.”

Rajesh Punj on ‘Pangaea II’ in the Saatchi Gallery in London.

END_OF_DOCUMENT_TOKEN_TO_BE_REPLACED 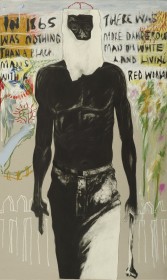 “Theo Danjuma’s collection confirms the spirit of a new kind of contemporary compositional art from all corners of the earth; that makes for a more inclusive display of works.”
Rajesh Punj on the collection of the young, London based collector Theo Danjuma.

END_OF_DOCUMENT_TOKEN_TO_BE_REPLACED

“Collectively while the show’s topography appears as malleable as the super continent it originally references. Through the looking glass ‘Pangaea: New Art from Africa and Latin American’ is less about continents and more handpicked countries, with works by artists that are visually inventive. Offering alternative narratives to the ideologies and interests we already have carved into our psyche.”

Rajesh Punj about ‘Pangaea’ in the Saatchi Gallery in London.

END_OF_DOCUMENT_TOKEN_TO_BE_REPLACED

McQueen’s greatest strengths lie in his sequential short-films that have his audience shifting the visual pieces left and right, in order the film begins to make sense; and in those precious moments when his playful props run their course, his spectators are lost in this magical stretch of limbo, where ideas and animation supersede logic and order; which is where McQueen holds his own.