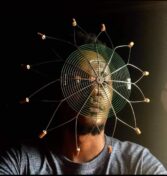 “A lot of people think I go to the streets to sort through garbage for my creative supplies but that’s not what happens. I noticed that people say this, especially in media because they want to use poverty as an overarching theme to rack in audiences.”

From his C-Stunners Series

END_OF_DOCUMENT_TOKEN_TO_BE_REPLACED 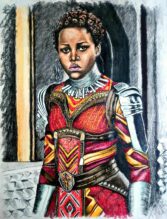 We were having problems with art galleries, which were making it hard for artists to showcase their work. People who have been in the art industry longer were controlling the space in a way that locked artists out saying that you had to be in the industry for a certain number of years for you to showcase; because they had it tough coming up the ladder in their days and so they wanted younger artists to taste that struggle. That’s absurd.