Black Americans got involved in the Punk scene during the ethos of the mid-seventies, just as Fusion, Disco and early Hip-Hop were going through a nexus and a simultaneous disbanding to stand on their own accord, distancing themselves from one another as they crossed paths at the intersection of Black American music.

END_OF_DOCUMENT_TOKEN_TO_BE_REPLACED 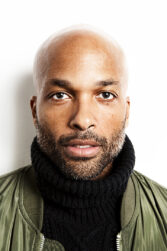 The ten steps we’ve taken forward we now have taken back with the tragic events of 2020. Every incident we see is pushing our society further and further from the idea of a happy place. A place where the scales of wealth and the weight of society are more evenly distributed, suggesting a change has taken place.

Ramón Rik Singley II about being black in America