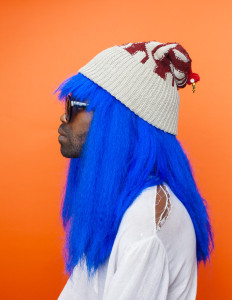 Awol Erizku is a cultural collagist, a creative synthesizer bridging eras and cultures, unifying the vocabulary of the art-elite and the New York City streets, the high and the low, the past and a very singular present. The Only Way is Up, takes its title from a Quincy Jones record he often listened to with his parents as a child—an album whose message was to empower and uplift. 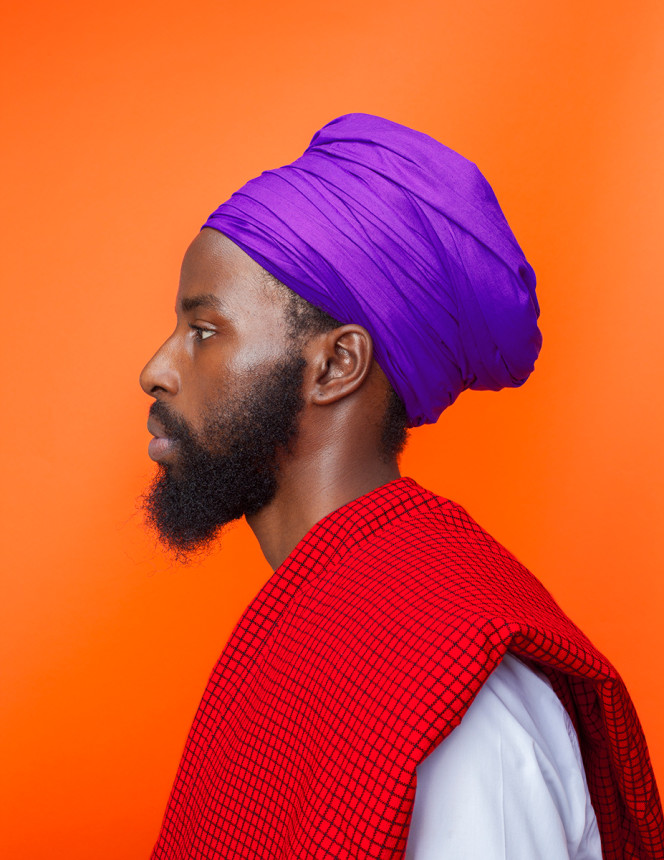 Although Erizku’s work abounds with signifiers and indicators of African American culture, it speaks more broadly to a universal quest for self-discovery. Paramount among his interests is the re-contextualization and re-purposing of ready-made objects—especially those vested with powerful associations or connotations. Like a contemporary anthropologist, he prowls the urban landscape of his daily life for items and materials that speak to him, procuring vintage T-shirts, used records, or even plastic bags of recycled soda cans—keeping his eyes open for things other people might disregard. He then subverts their expected function making them his own. 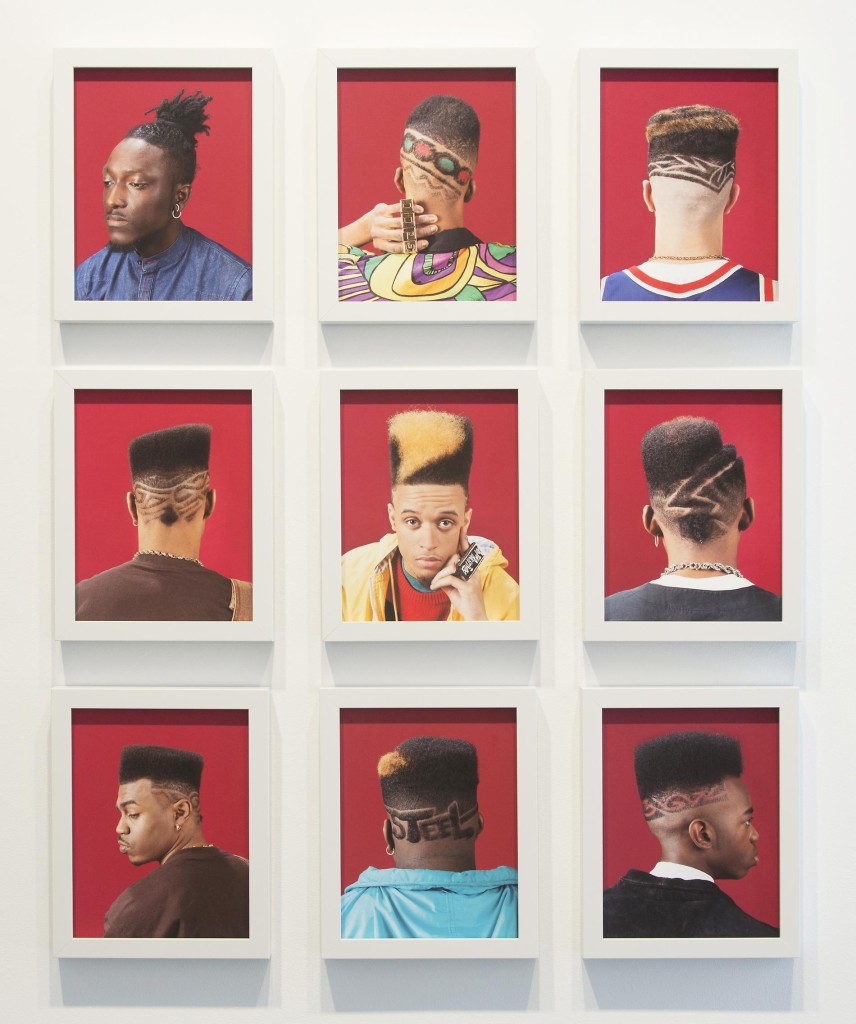 The Only Way Is Up brings the tension between the canonized world of art history and the vibrant world of the artist’s quotidian existence to the fore. Oh, what a feeling, Fuck it, I want a Billion, a sculpture from 2014, cleverly alludes to Donald Judd’s famed series of “Stacks,” while wryly referencing the lyrics from Jay-Z’s recent chart-topper, Picasso Baby, which expresses the extravagance and luxury of life as a cultural superstar. In Judd’s originals, painted iron boxes are installed vertically on a wall like the rungs of a ladder; Erizku’s iteration supplants those sleek, smooth, minimalist objects with basketball hoops, signifiers of his youth on the public courts of New York City. The piece operates as a striking metaphor, embodying the anxieties inherent to life as a young contemporary artist by aligning basketball with the practice of making art: both are games, shaped half by talent—and half by luck. 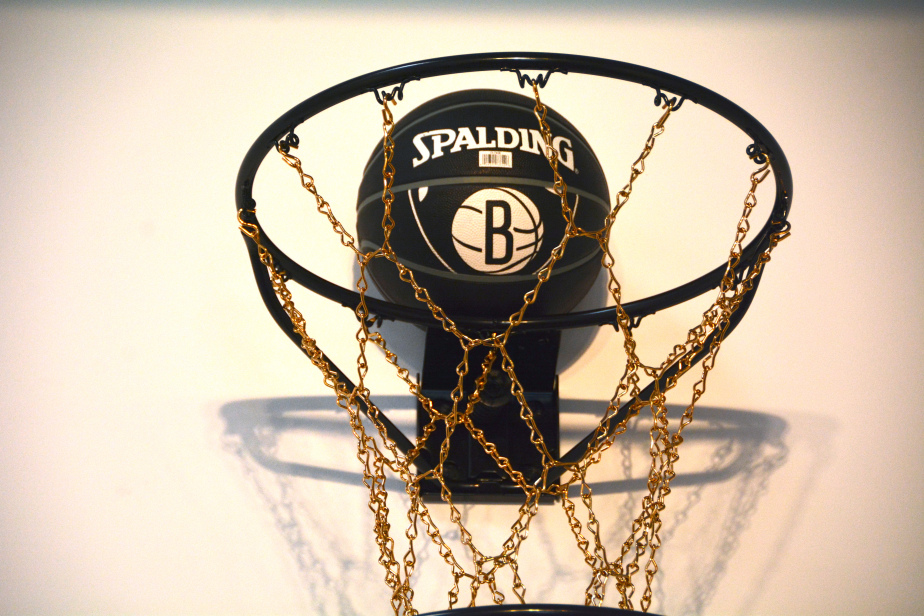 Awol Erizku’s work exhibits the pronounced influence of artists before him—first and foremost among them David Hammons and John Outterbridge. Mining the investigation of coded language pursued by Hammons, Erizku’s work often involves the subversion of expected relationships between text and image, inspired by an encounter with Ed Ruscha’s OOF, 1962, painting at MoMA, described by Erizku as “Pop art at its finest.” Erizku’s works are shaped by similarly timely uses of contemporary lexicon. Featuring an irregular square of synthetic black leather hung on the wall, which serves as a sort of canvas for evidence of Erizku’s urban wanderings, an old Michael Jackson record is juxtaposed with the word “#TRILL”—a combination of the words “True” and “Real”—written in neon. In another, a tourist-gift-shop style Obama T-shirt is placed in dialogue with “#WAVY.” Both words are evocative of an urban vernacular that describes a state of euphoria, and, when viewed in the context of the cultural and political icons Erizku has placed them with, they produce a compelling, unexpected harmony. 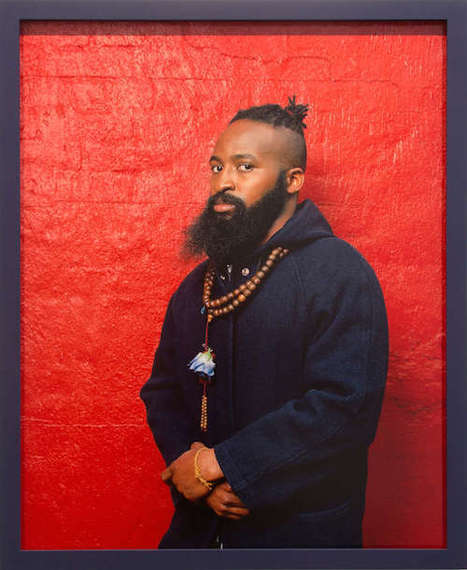 Awol Erizku received his B.A. From The Cooper Union in 2010, and completed his M.F.A from Yale in 2014. His exhibition debut in New York City was in the critically acclaimed exhibition, Art2, which placed his work alongside Duane Michals, Roe Ethridge, Richard Prince, and Roy Lichtenstein at The FLAG Art Foundation in 2011. He is part of renowned national collections, including the collections of Amy & John Phelan, The FLAG Art Foundation, The Mott-Warsh Collection, Jason Wright, Geer Mountain Holdings, and Nancy L. Lane.
(text and courtesy Hasted Kraeutler Gallery, 537 West 24th Street, New York, NY 10011. Copyright: the artist)