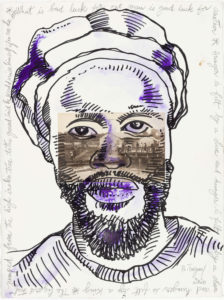 Toguo is an artist concerned about organic connections in times when human relationships are characterised by what is frail. Instead of making the people of Douala modern day martyrs living in the context of advanced capitalism, he created works that resonate with the rest of Cameroonian society.

Themba Tsotsi writes on the work of Barthélémy Togue

Cameroonian artist Barthélémy Toguo had an exhibition showing at the Stevenson in Cape Town that closed in March this year. The show featured new works that are based on portraiture and its psychological implications on its subject. Toguo is an artist who is not afraid to express what is emotional about the particular subject matter that comprises his exhibitions. This article seeks to demonstrate that what is sentimental and emotional function as anchors in this show titled Bilongoue. 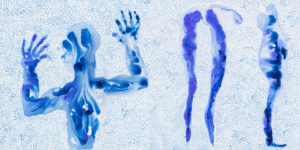 Inspired by a residency period he had in the Cameroon city of Douala, and the poverty he witnessed being experienced by the people who live there. It will be demonstrated that the political implications of sentimentality and the portrait form function to mirror the collective solidarity in Cameroonian wood carving traditions. Through the use of colonial style pictures in some of the drawings in the show, these sentiments can be demonstrated to be discourse about the prevailing impact of the colonial encounter on a psychological level. The artist placed them on the faces of the portraits to express the ambiguity of spoken silences that systematic poverty in the contexts of advanced capitalism is characterised by. To demonstrate the symbolic impact of the colonial encounter and how it has affected aspects of individuality. 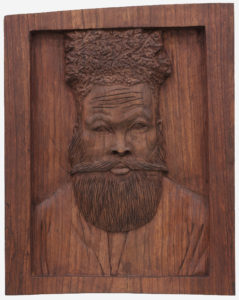 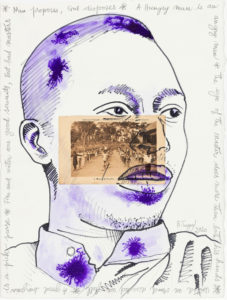 The article will also demonstrate that through the use of wood to capture some of his subjects, the artist invokes the African spiritual practise of wood carving to articulate what is spiritual about sentiments and feelings in order to express how he embraces aspects of life. Comparing some works from a previous show with the Stevenson titled Celebrations the article will demonstrate how it is significant for the symbolic function of wood carver to create an automatic space of belonging. 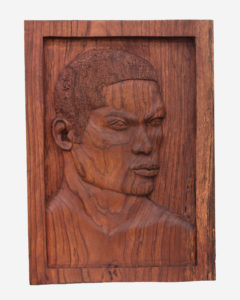 Having had a residency in the city of Doula, the artist was inspired by what he experienced there while preparing for a different exhibition in 2015. The people in the city inspired the artist and characteristic of his practise to capture and express what is intangible about the human experience, he focused on the subjects matter of emotions and social malaise. The artist continued with the development of his aesthetic by creating work that is overtly emotional in the wake of social difficulty, this way it diminishes the political implications of the individuals he captured so that their humanity can be evident more than their oppression. 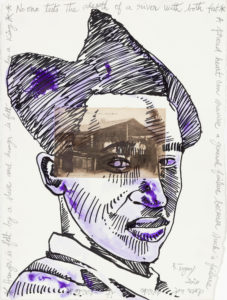 The piece titled Bilogoue: hunger is felt by the slave, and hunger is felt by the king expresses this measure of sentiment acutely. By portraying an African figure that is associated with jocular implications during the colonial encounter and placing a colonial image over his eye. Creates an image of the African with a measure of perspective that can be related to the singularity of his individuality. Through the bare and open effect of the blue line drawing, the colonial encounter becomes an inheritance of perspective, not just as a limited perspective, but in the psychological context of an African assumes political implications. The sensitivity of the eye also speaks to the ambiguity of spoken silences in the context of advanced capitalism, in that through the limited perspective the African becomes an active witness to the immediacy of history and his political circumstance. 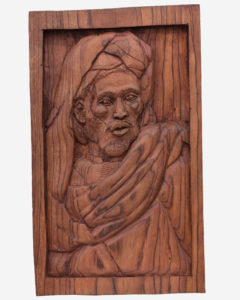 Toguo allows his subjects a dignity that their circumstances cannot allow. He goes back to an image of the artist as a member of the community infused with spiritual purpose. The artist and the artisan in Africa occupy the same symbolic space within a community; they capture the spiritual drive of the community and express contemporary creative spirit. Wood carving is not only imbued with spiritual connotations in the African context, it also functions to place the genealogy of the artist within a creative legacy within the greater community. Toguo achieves this on an international arena while providing a spiritual purpose turning the negative image of an art form that has been peripheral in the context of an international market into a dignified positive. 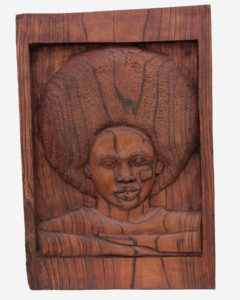 Through the wood carved piece Bilonguoe XIX the piece deals with implication concerning articulating what is contemporary in relation to the creative vehicle that is the artist. The character in this piece is a man with an afro, the wood carving is traditionally used in Cameroon society today to represent spiritual stories that are relevant to royalty. The artist utilized a peripheral medium in the international art market to articulate the persistence of individual dignity even in the face of socio-political struggle. Wood carving in Cameroon is associated with spirituality and communal purpose through the artist and the stories they tell. Toguo makes a play on the traditional use of the medium creating works that are reminiscent of photography studio portrait. Latent in the use of the wood carving medium is the implication of spoken silences that permeate the themes or subject of this exhibition. The stories that traditional wood carving tell, are related to spirituality, royalty and social consciousness. In the exhibition ‘’Bilongue’’ they are infused with the social function of social consciousness, they articulate the operation of shared responsibility in Cameroonian society through the symbolic use of individual portraits. Portraits not only give a sense of humanity to the poverty he experienced in Douala, they also mirror the symbolism behind the shared responsibility in the context of wood carving traditions in Cameroonian society. The artist makes the statement about the poverty in Douala that the people are not alone, but imbedded in their shared common struggle are the same values of community building and solidarity that characterise the rest of their community. 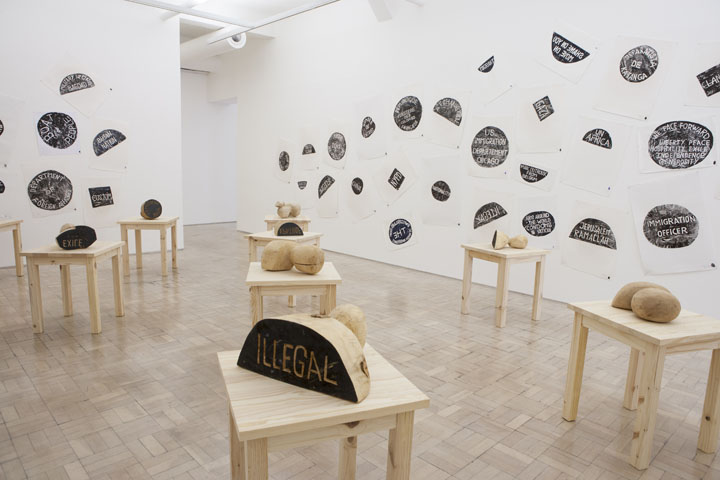 This can be traced in the piece titled The New World Climax in his 2014 exhibition with the gallery. Large wooden stamps utilised in border crossings, were rendered allegorical in the show ‘’Celebration’’. The stamps functioned as a symbolic means for connecting with other humans, like the wood carvings in this show, they extended the aspect of connecting to others to a symbolic function that places individuality in automatic place of being connected. 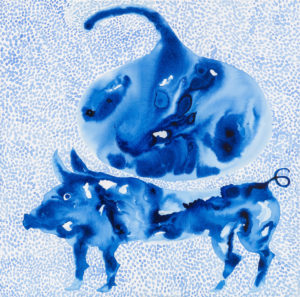 Toguo is an artist concerned about organic connections in times when human relationships are characterised by what is frail. Instead of making the people of Doula modern day martyrs living in the context of advanced capitalism, he created works that resonate with the rest of Cameroonian society. This way even his own experience of the city of Douala can be related to a form of social originality and expression. Being an artist with international exposure, he is conscious of the frail connections his wood carving compatriots have with an international audience. His presence not only pronounced his own automatic connections with Cameroonian society, it also makes his international audience conscious of the spoken silences that characterises the impact of the latent colonialism still prevalent in Doula.

All works: Courtesy: Stevenson Gallery and the artist