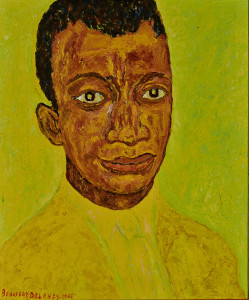 “Around 1940 friends encouraged the aspiring writer James Baldwin, still a high school student at the time, to introduce himself to Delaney. Thus began a lifelong friendship. Over the next three decades, Delaney created at least 10 portraits of Baldwin. Among them, the Chrysler’s 1965 oil painting is one of the largest and mostly highly finished. Deep blues, reds, and greens peek out from layers of brown paint in the face, revealing the rich variety within Delaney’s palette. 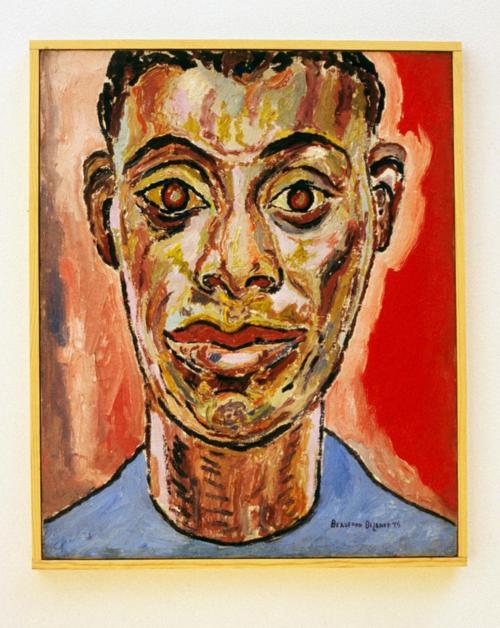 But one color—fluorescent yellow—dominates the painting and Delaney’s work during the final decades of his career. Delaney renders the writer’s suit and tie, as well as the painting’s background, in blazing shades of incandescence. “I learned about light from Beauford Delaney, the light contained in everything, in every surface, in every face,” James Baldwin wrote in 1965, the year of this portrait’s creation. To Delaney, bright swirls of yellow conveyed warmth, freedom, healing and redemption, comforting the artist during periods of poverty, depression and, late in his life, dementia. 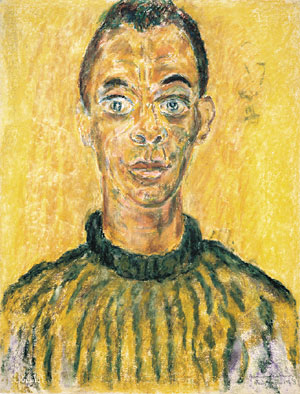 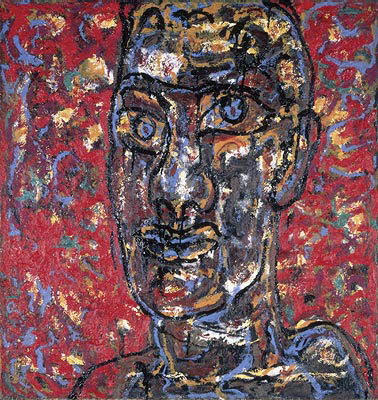 James Baldwin evolved into one of America’s most acclaimed writers in the quarter century between his first meeting with Delaney and the creation of this portrait. A fellowship from the Rosenwald Foundation allowed Baldwin to move to France in 1948. His novel Go Tell It on the Mountain appeared in 1953, followed by Giovanni’s Room (1958) and Another Country (1962), as well as his acclaimed New Yorker essay “The Fire Next Time” (1963) and many other essays and plays. In 1965 he released Going to Meet the Man, a collection of short stories that he dedicated to his mentor Delaney. That same year Baldwin returned to the United States to join Dr. Martin Luther King, Jr.’s historic march from Selma to Montgomery, Alabama, where he shared the speakers’ platform with King, John Lewis, Rosa Parks, and other Civil Rights leaders.”(quote from text ArtDailyJanuary2016, http://artdaily.com/index.asp?int_sec=11&int_new=84456#.Vp3WkVLpyT8)