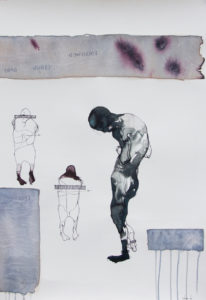 About:
Born in 1987 in Nanyuki town, Boniface Maina lives and works in Nairobi where he earned a diploma in Art and Design from YMCA National Training Institute in 2008. 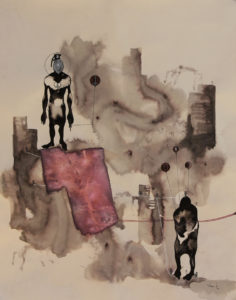 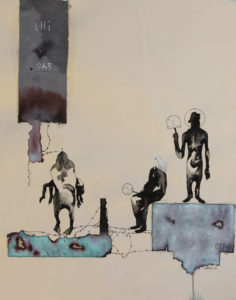 Maina has experimented with different mediums and materials and is currently exploring inks. His work has evolved over the years, touching on various themes, striving to capture conflicts in human behavior. He is inspired by human reactions and his daily encounters which he shows with his surrealist figures and is currently experimenting with a combination of abstract and surrealism. He engages with issues that tend to be avoided, and interacts with them though questioning. His most recent body of work, ‘Atrocities and Leftovers’ is an exploration of aspects of war, peace and what lies in between: “We are told that peace is what follows from war, yet this is an illusion. Instead, what follows is a state is of psychological and physical hurt which can take generations to overcome.”
In recent years, Maina’s work has featured in magazines, art books and news articles locally and internationally. He is a founding partner of Brush Tu Art Studio and has exhibited locally as well as internationally with his work included in private and public art collections within and outside Kenya.(text & courtesy: Circle Art Gallery) 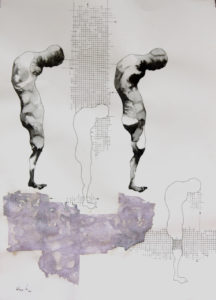 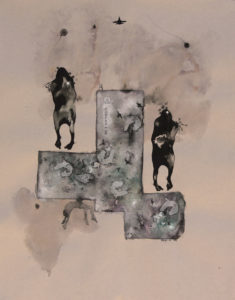