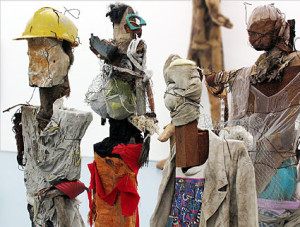 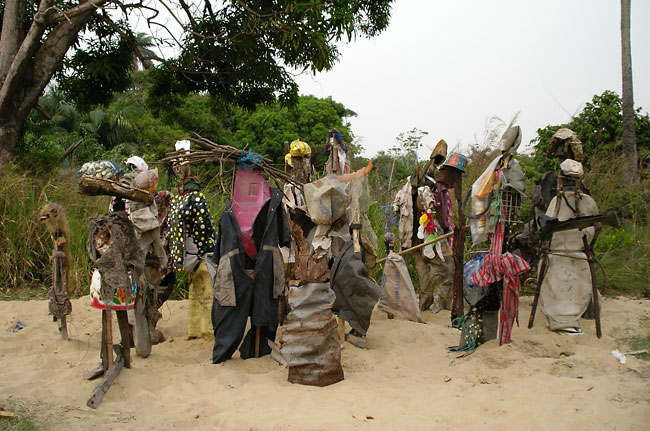 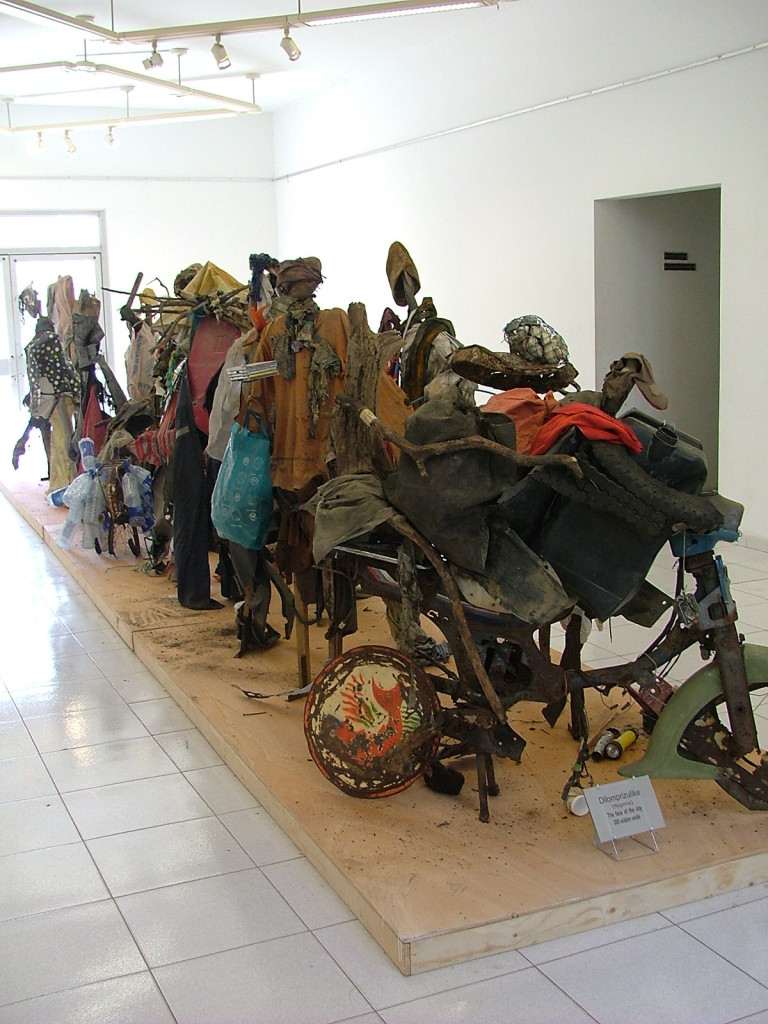 In his work, Dilomprizulike recycles and transforms old clothing and other detritus found on the streets of several African cities, and create sculptures, installations and performances in which he wants to reflect the disenfranchised situation of many African people.Dilomprizulike has lectured and has exhibited nationally and internationally, including the exhibition “Africa Remix” at the Hayward Gallery, London, in 2005. He has also been artist in residence at various institutions including the Artist Village in Detroit, United States (2007), the Victoria and Albert Museum in London (2005), the Scottish Sculpture Workshop in Lumsden, Scotland (1998), or the Heinrich-Böll-Stiftung in Bonn, Germany (1995-96).

Dilomprizulike is also known for creating the “Junkyard Museum of Awkward Things” in Lagos. He currently lives and works between Soest, Germany, and Lagos, Nigeria. 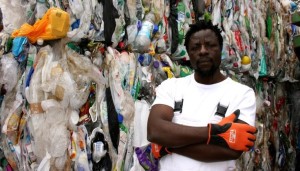