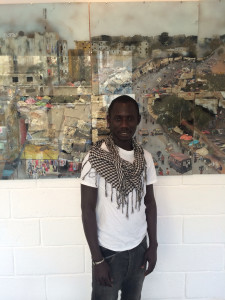 Nestled across the street from Dakar’s Marché Colobane is the home of 21-year-old artist Fally Sene Sow. His sleeping quarters double as his studio, where he makes mixed-media-on-glass renditions of this famous market and its characters. 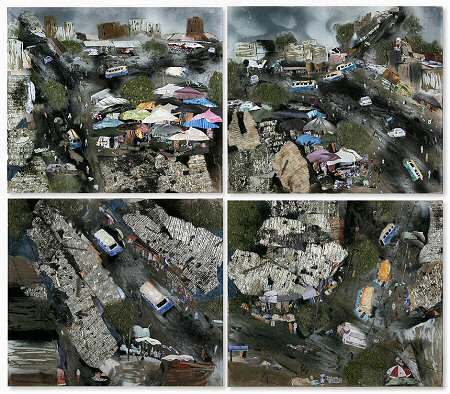 Sow’s art centres on his locality, the place he calls home and where he works. His compositions include dilapidated buildings, rickety market stalls and streets teeming with taxis and people. The works can seem disordered, made unstable by incongruent vantage points and scales; he often combines aerial and linear perspectives to dizzying effect. Spatial and visual anarchy – the sense that all things mobile, whether people or vehicles, move to their own logic and at their own pace – dominate his scenes.
Sow conveys the market’s relationship to the neighbourhood, just as he evokes the vast imagination around this particular market in Dakar. Its reputation is summed up by the local saying “Lepp looy wut rekk am na marsé Colobane” (“You can find anything in the world at Marché Colobane”); by the 1980s, Marché Colobane had become known particularly as a market for second-hand goods, especially clothing, shoes and small accessories. 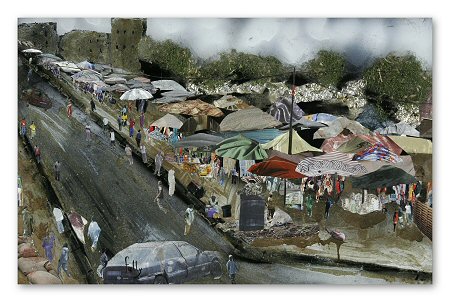 Like the market, Sow’s works seem gritty, mostly because of their rough yet skilful collage, cut from discarded magazines, cloth scraps and chewing gum foil wrappers found in the market. Works such as Mbedd-Burr (The Street Belongs to God) or Marsé Feug-Jaay (Used Clothing Market) are based on stories he composes or collects about Colobane: “I just go outside, I look, I take my notebook, I write a story, and I make a picture about the story,” he says. 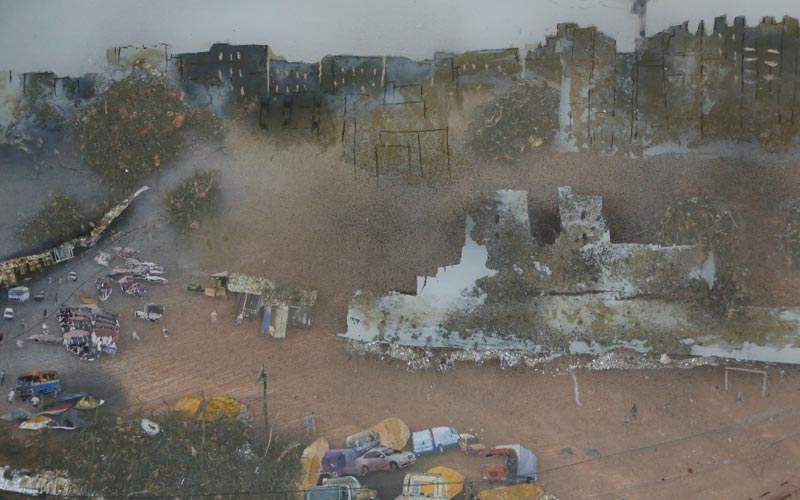 Sow wishes to only “work with what he has”, and yet there is something more to his images. They tell us something about how market spaces swirl with problems of access, proximity and locality. The very locality of Colobane that he represents gives him a particular access to, and vantage point on, the visual and social fields that make up this market; his body of work also affords him access to another market – Dakar’s art market – and the networks that constitute it. 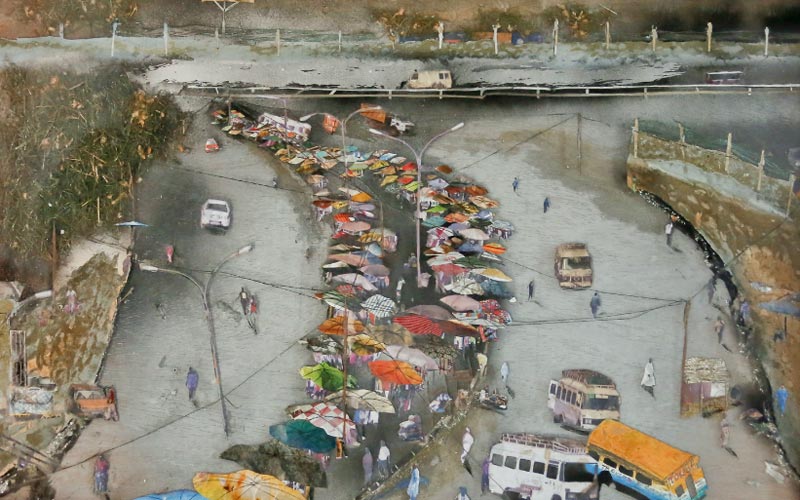 (This is an edited extract from Rogue Urbanism: Emergent African Cities, published by Jacana Media and the African Centre for Cities and available at Central Books as published in the Guardian of July 4, 2014)