Funda: the revival of a black institution in Soweto 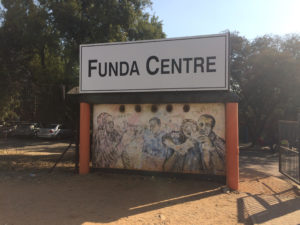 In an era where smart technology has rendered the traditional role of libraries almost redundant, Funda is laying an active role in the conservation of the history of African literature as well as black fine artists. The incubation programme is developing a community arts publication with a mission to tell untold stories of the South African arts sector, as a form of creating an archive for future generations.

Phumzile Twala on the revival of a vital institution for black art and literature in Soweto.

The revival of Funda

Funda Community College (formerly known as Funda Center) is a name that carries a significant amount of gravitas within the South African contemporary art scene. Since inception in 1984, the centre has remained at the heart of the visual arts network within Soweto.

When Funda was founded it operated in a community that had been systematically stifled by the apartheid government for over three decades and for hundreds of years if one includes the impact of colonialism. Today it finds itself at the epicenter of a country in the process of rebuilding and re-establishing its identity – much like its own position as an institution. 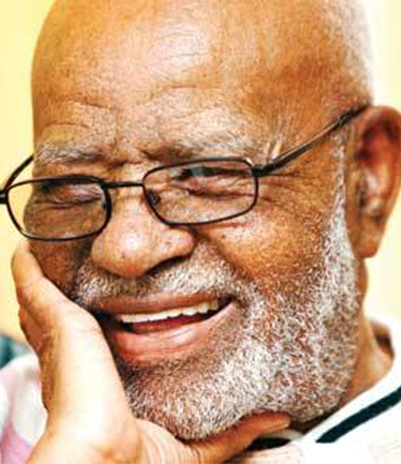 The Education Cooperative that formed the foundation of Funda (which means to read or learn in Nguni languages) housed the likes of the African Institute of Art (AIA), Madimba Institute of African Music and Soyikwa Institute of African Theatre among others. At the heart of the collaboration of these institutions was a common goal to create an alternative education platform for black communities.

Outgoing Funda Chairperson Motsumi Makhene asserts that the AIA joined the Funda Centre as one of the pioneers in a challenge yet to be seen in the arena of asserting the arts as part of mainstream education.

Through its diversity of programs, Funda played an important role in its responsiveness to community needs and socio-economic reconstruction in the community of Soweto. 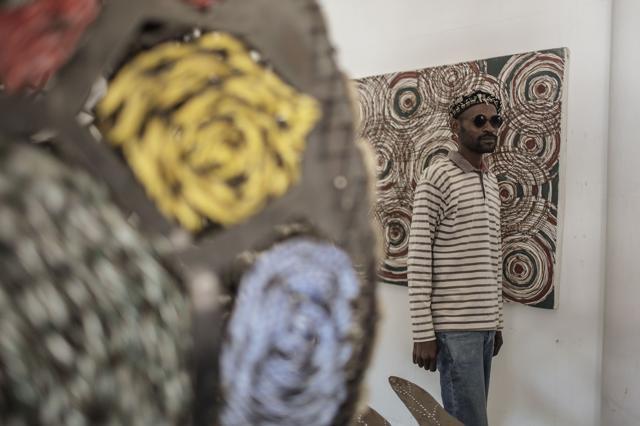 A rich cultural legacy created by various Funda alumni tells the story of an institution that was home to writers, fine artists, performers, musician, nurses, academics and most importantly -pioneers.

The library housed the personal African Literature collection of writer, political activist and renowned academic Professor Eskia Mphahlele. At its height it was a melting pot of activist movements, critical thinking and robust debate. It was also home to a wealth of literature.

Projects initiated by Funda were underpinned by the mission to provide quality alternative educational solutions, with an emphasis on the arts.

The Khula Udweba project led by Steven Sack and Linda Solomon preceded research by higher education institutions like the University of South Africa into the importance of art education in schools within a South African context. It became a fully-fledged teacher training program that broke new ground about teaching art in South Africa.

At a time when black communities faced a dearth or opportunities within the arts sector, Funda provide practical solutions, such as the Bonono Fine Art Course, which offered education in disciplines such as drawing, painting, sculpture, printmaking and history of art.

For the students who walked the corridors of Funda, this represented a place where their talents and African identity were celebrated and honed as opposed to the harsh Westernized and Eurocentric ideology they faced elsewhere. 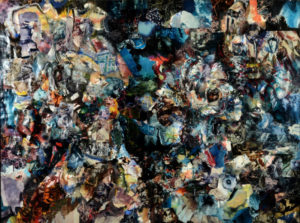 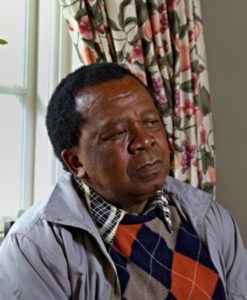 Sokhaya Charles Nkosi and one of his untitled works.

Head of Fine Arts and renowned artist in his own right, Sokhaya Charles Nkosi explains:

Funda has produced a number of highly regarded fine artists. Our spirit propels the goal to make the student discover himself. Let the artist dwell in his innermost self to exude creativity and let him also be aware that he’s part of the holistic creative spectrum of South Africa. He should have his own unique stamp.

Following the transition into the new democratic political dispensation post-1994, Funda’s participation in the Johannesburg Biennale placed it on center stage as the world’s contemporary art fraternity converged into the city.

The institution continued to produce gems of the contemporary art sector such as the likes of Mbongeni Buthelezi, Vusi Mfupi, Pauline Mazibuko and Nhlanhla Xaba, who went on to win the Standard Bank Young Artist Award in 1998.

Funda’s entry into the new millennium was marred by periods of vandalism and political favors to the detriment of the institution and its facilities. The Imagination Lab that housed Vega School of Design, as well as various departments were stripped of their equipment while in the Fine Arts department artworks were burned and metal sculptures sold to scrap yards to melt and turn a quick buck.

The only remaining department, Fine Arts, has been operating on skeleton staff, with the likes of Nkosi, solar art practitioner Tumelo Mokopakgosi, Ezekiel Vhudeli and Cedril Nukeri keeping it on its feet.

In recent years a number of students have been trained at the institution, using scant resources, since funding from international and local donors dried up. 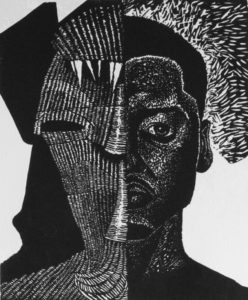 Simon-Mokoena, was part of Funda’s Retroactive 33 Years Exhibition ‘Journey to the Future’ at BAK, Utrecht, The Netherlands, 2017

These artists have also been instrumental in the revival of Funda through the formation of youth-led co-operative Mollo wa Ditshomo. Through Mollo, these artists and fellow creative entrepreneurs have continued to build on the legacy created by the likes of AIA.

Under the mentorship of Dikeledi Molatoli, Moeketsi Nchoba and Makhene, the co-operative has been fostering collaborations with other institutions, artists, governmental departments, cultural hubs and Non-Profit organizations, with the aim of restoring Funda as a key cultural institution in the community of Soweto.

Through the formation of Mollo, young artists, writers and practitioners are being groomed to promote the culture of entrepreneurship and to cultivate numerous opportunities and collaborations with the intent to create sustainable systems and careers within the creative economy.

Through an Enterprise Incubation Program endorsed by the National Lotteries Board, members of Mollo have been tasked with creating efficient initiatives which will effectively lead to job creation and will ultimately contribute towards product development and active participation in the creative economy in South Africa.

The digital revolution has created more avenues for Funda to interact with the contemporary art sector on a larger scale. As the world has become a village and the contribution of the creative sector to the South African economy is slowly but steadily gaining more recognition, institutions like Funda have become pivotal in the rhetoric of “radical economic transformation” being punted by the South African government.

A question of solidarity

For Funda to continue to adapt to rapid technological innovations the networks it has already established with UNISA and Wits University as well as other institutions will be vital. Its transition towards becoming geared for enterprise development will rely heavily on the recruitment of more young artists who want to gain skills in professional best practice, finance, marketing and production. It will also require an active injection of time and resources into forming and strengthening networks with other art institutions operating within the township economy.

The likes of Katlehong Art Centre, Sibikwa Art Centre, Room 13, Eyethu Gallery and Sguzu Press collectively have a wealth of cultural capital which could be used in collaboration with Funda to create a tangible network for emerging artists and creative entrepreneurs. Initiatives that are run by these institutions are targeted towards the creative economy and would gain more traction through a formal alliance. 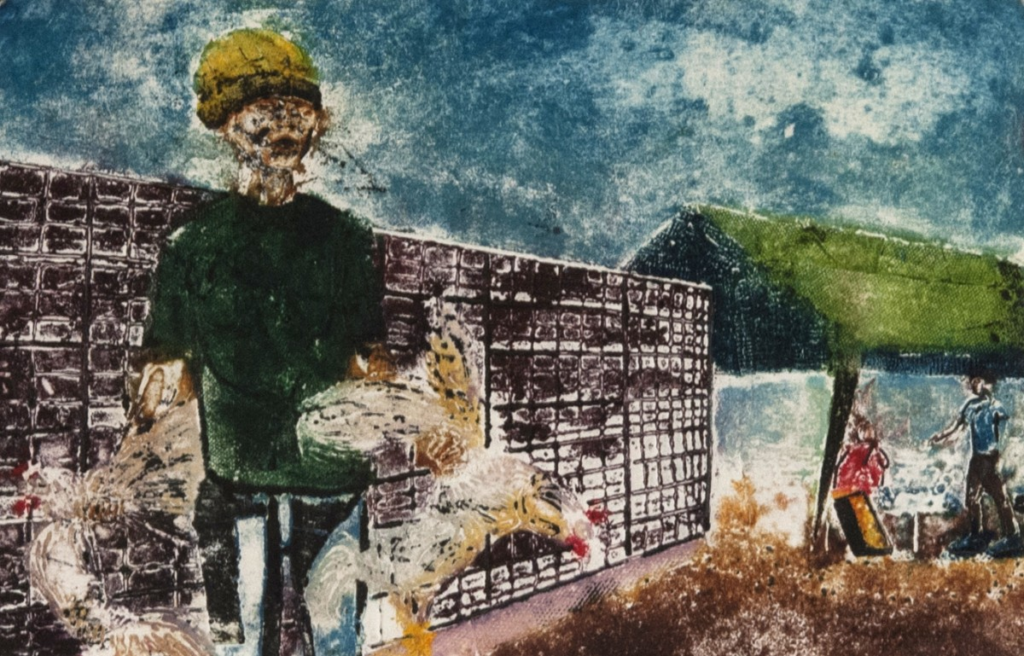 Joseph Monatlala, was part of Fundas Retroactive 33 Years Exhibition ‘Journey to the Future’ at BAK, Utrecht, The Netherlands, 2017.

Funda and its constituents continue its active involvement in social development within the community of Soweto.

According to Molatoli, “Funda through Mollo wa Ditshomo has established ongoing partnership with the City of Joburg Municipality, specifically the Museums and Libraries Division and the Social Development Department.”

In an era where smart technology has rendered the traditional role of libraries almost redundant, Funda is laying an active role in the conservation of the history of African literature as well as black fine artists. The incubation programme is developing a community arts publication with a mission to tell untold stories of the South African arts sector, as a form of creating an archive for future generations.

The legacies of institutions like Funda and Rorkesdrift have left an indelible mark on the history of black contemporary art in South Africa.

Through continued support from government and grassroots level commitment from local community members, not only will the arts sector become more sustainable, but the heritage of South African art history will be preserved, with a core focus on telling the right stories sans the Eurocentric gaze that has largely come to define how this sector has been described, portrayed and moulded.

Phumzile Twala is a freelance writer, art project administrator, academic, media strategist and soon-to-be independent curator based in Soweto, Johannesburg, South Africa. She is on the organizing committee of Soweto Art Week and is a Trustee of the Cultural Development Trust. An avid literature fanatic, she is also passionate about archiving, the arts and social entrepreneurship.