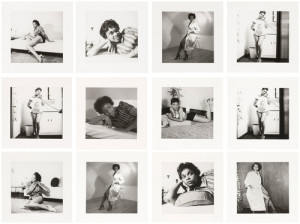 Using the camera as catalyst, Lorna Simpson is a conceptual artist who constructs assemblies of text and image, parts to wholes, commenting on the documentary nature of found or staged images. The exhibition follows Simpson’s point of view and themes beginning with her earliest documentary photographs from the late 1970s / early 1980s, never before exhibited, to her most recent works. It includes large-scale photo-text pieces of the mid-1980s that first brought her to critical attention and offered stark abstracted images of an African-American female figure (at times male as well), head cropped from the frame or back turned to the camera, nonetheless given voice through text panels or captions, a proto-cinematic construction of shot and script. 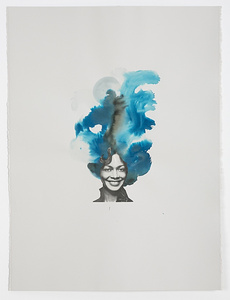 As Simpson has said, “The subject that I reach towards most often is memory. But beyond the subject matter the common thread is my relationship to text and to ideas around representation. The work has changed in terms of medium, format, even in terms of genres.” In all, Simpson elicits multi-valent narratives to challenge how experience is created, perceived, or mis-perceived, and in which “gender and culture shape the interactions, relationships and experiences of our lives in contemporary multi-racial America.” 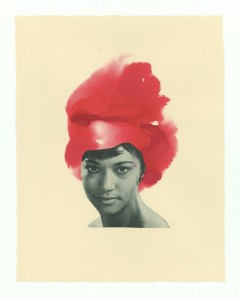 Simpson’s synthesis of image and text is profound and intimate. As a writer, her text components could stand alone as prose poems, or the shortest of short stories, or excerpts of scripts. Yet her voicings do not stand independent of her images, and it is the fragile yet forceful dynamic between the two that binds them as one. As Okwui Enwezor critically recognized: “Much of Simpson’s work imbricates language, speech, and text. Language is employed like a lever to pry open the lid of the unconscious. . . . The text panels also confront the viewer with a fundamental contradiction between the sense of vision and voice as separate forms of knowing: between seeing and speaking. If we are to reconcile this contradiction, then much of Simpson’s work is not simply annexed to text/image relationship, it is fundamentally audiovisual.”

Among the Simpson works that begin with photos bought on E-bay or in flea markets is the tour-de-force May June July August ‘57/09. Though Simpson’s works have often been mis-interpreted as autobiographical, and she early on rarely included her own image as one of the ‘anonymous’ figures within her works, here Simpson enters the picture, pairing each of the found photographs of a young black woman (and sometimes a man) with her own precise re-creations of setting, costume, and pose, she herself re-playing each figure. These might be seen as performance stills, in a sense, that form a dialogue of constructed identities across a thirty-year divide. The exhibition concludes with a new work, expressly created for this touring show. 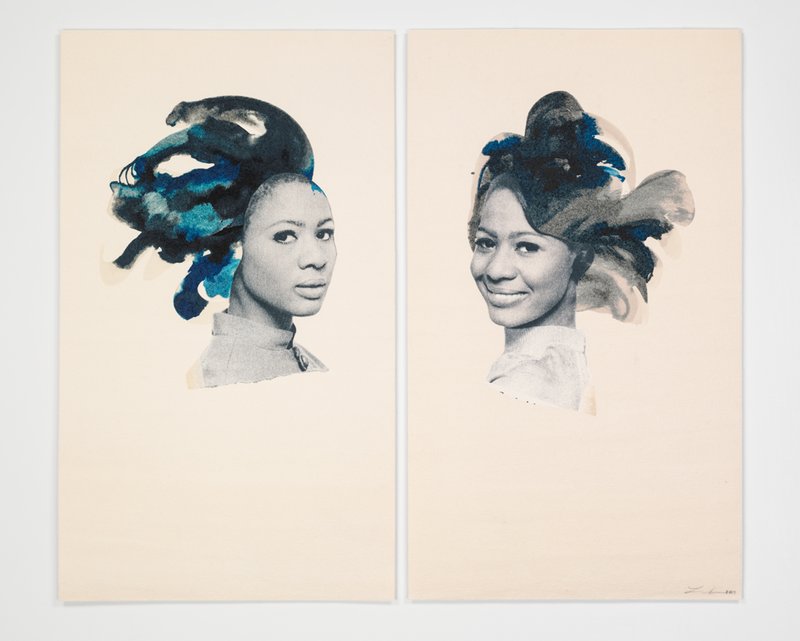 Simpson complicates ideas of making, the “use” of photographs and film as well as found objects of many kinds, and the processes an artist develops for ongoing challenges to herself and for her audiences. This may be seen in works as different as Parts, 1998, where she photographs a natural history museum’s specimen case, prints her image as a serigraph on felt, and comments on the museum-goer’s route and gaze; in Props, 1995, where she abstracts images of vases and bowls from the surround of portrait subjects in photographs by James VanDerZee so as to actually fabricate these objects in three dimension (in black glass) in order to then photograph each in isolation with text passages that restore the original context of people, furnishings, and clothing, creating conceptual portraits via these isolate surrogates; and in her use of found footage for The Institute, 2007 ( 16 mm film transferred to video), also drawing on images from this film to create watercolor works-on-paper.
What Kellie Jones wrote regarding Simpson’s breakthrough work of the 1980s remains true of her most recent: “Simpson managed to push at the boundaries of what could constitute an acceptable black image: she complicated the positive/negative binary that in many ways continued to hold the black body fast. These pictures cut to the heart of the framing narratives used by photography and other visual media to maintain control over such representations. Her texts added specificity to what we saw. However, in using these techniques, she also insisted on leaving meaning open and available to the imagination of the viewer.” (text website Foundation for the Exhibition of Photography, Minneapolis)