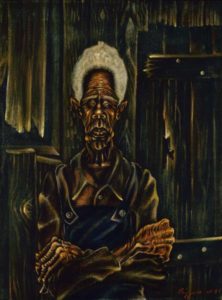 “I began to see art not primarily as an individual expression of talent, but as a responsibility, to reflect the spirit and style of the Negro people. It became an awesome responsibility to me.”[1]

Known for his narrative murals and outstanding draftsmanship, John Biggers dedicated his work to the depiction of the human condition. Born to Paul and Cora Biggers, John was the youngest of seven children, and grew up in segregated Gastonia, North Carolina. When Biggers was two, his older sister died at the age of ten from diabetes. Eleven years later, his father succumbed to the same disease. Placing her children’s education above all else, Cora Biggers sent John and his brother Joe to Lincoln Academy, a private boarding school for African American children in Kings Mountain, North Carolina. At Lincoln, Biggers worked as the school’s “fireman” to help cover tuition costs, lighting the morning fires for the dormitories. This job gave him a rare opportunity to be alone, and Biggers would read The New York Times Book Review and make sketches based on newspaper stories. In addition to providing Biggers the opportunity to pursue art, Lincoln also gave Biggers a sense of connection to African culture. The school’s principal, Henry McDowell, had been a missionary in West Africa, and he taught his students about the value of African culture, a lesson Biggers would carry with him throughout his career. 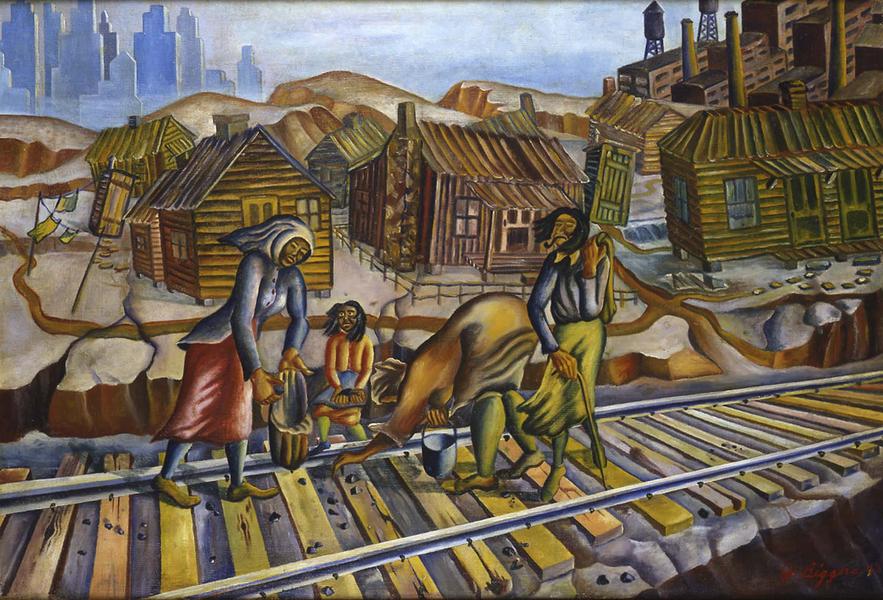 In 1941, Biggers entered Hampton Institute (later renamed Hampton University), where he studied art under the guidance of Viktor Lowenfeld. At Hampton, Biggers also met and befriended artists Charles White and Elizabeth Catlett. In 1943, Biggers’ mural, Dying Soldier, was featured in the landmark exhibition Young Negro Art, organized by Lowenfeld for the MoMA. That same year, his studies at Hampton were interrupted when he was drafted into the US Navy. In 1945, Biggers was sent to a naval base in Norfolk, Virginia, where he became severely depressed. After a shore leave visit to his brother, Biggers checked himself into the Philadelphia Naval Hospital where the medical board declared him temperamentally unfit for service and granted him an honorable discharge. In 1946, Biggers enrolled in 1946 at Pennsylvania State University to continue his studies with Lowenfeld, receiving his BS and MS degrees in 1948. In 1954, he also earned his PhD in education from the university. 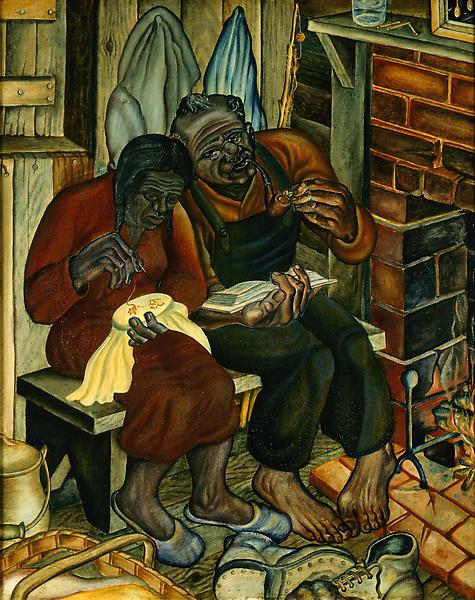 In 1949, Biggers moved to Houston, Texas where he chaired the nascent art department at Texas State University (later renamed Texas Southern University). The following year, he entered a state-wide competition sponsored by the Museum of Fine Arts (Houston) and won the purchase prize for his drawing The Cradle. However, Biggers was unable to attend the opening of the exhibition because of the museum’s segregationist policies restricting black visitors to Thursdays only. The incident motivated the museum’s director, James Chillman, to successfully campaign to end the institution’s discriminatory practices. In 1952, Biggers again encountered a similar situation when he won a purchase prize from a competition at the Dallas Museum of Fine Art. 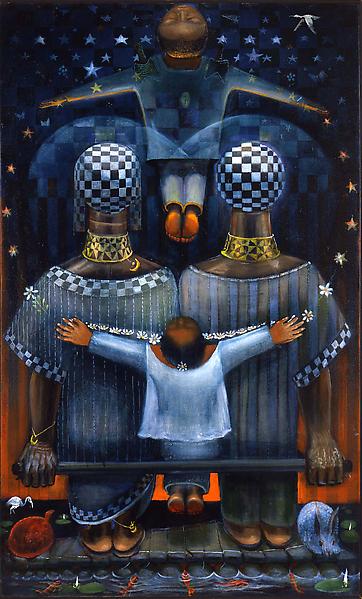 In 1957, Biggers won a UNESCO fellowship and became one of the first black American artists to travel to Africa. Over the course of six months, he and his wife, Hazel, visited Nigeria, Togo, Dahomey (now the Republic of Benin), and Ghana, where they met and befriended scholar Patrick Hulede, who enlightened them about Ghanian culture and history. For Biggers, this trip was a “positive shock,” that strengthened the sense of connection to Africa he had felt since high school. Ultimately, the journey inspired Biggers to create his award-winning illustrated book Ananse: The Web of Life in Africa, which was published to acclaim in 1962. He went back to Africa again in 1969 with funds he received from the Danforth Foundation’s E. Harris Harbison Award for Distinguished Teaching. On this six-month trip, Biggers and his wife returned to Ghana and also visited in Egypt, Sudan, Tanzania, and Kenya. 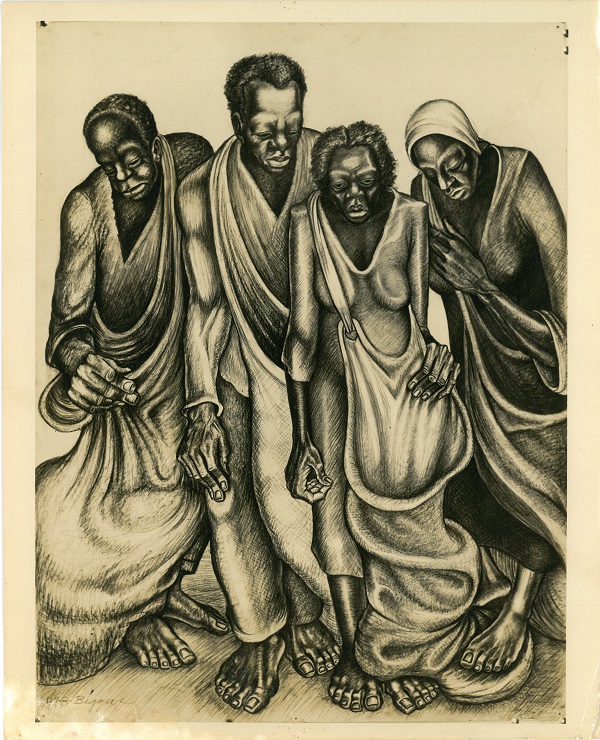 Over the course of his long career, Biggers moved from paintings that were overtly critical of racial and economic injustice to more allegorical compositions, but certain motifs, such as the shotgun house that he used as a symbol of black American life, persist across his entire diverse body of work. Biggers drew inspiration from African art and culture, from the injustices of a segregated United States, from the stoic women of his own family, and from the heroism of everyday survival. His work continually evolved over five decades, and in 1995, the Museum of Fine Arts in Houston and the Hampton University Art Museum organized his first comprehensive retrospective, exposing the depth of his rich legacy. In 2004, Michael Rosenfeld Gallery presented the artist’s first gallery exhibition and the first opportunity to view in New York City more than a singular work.

Michael Rosenfeld Gallery is the exclusive representative of the Estate of John Biggers.