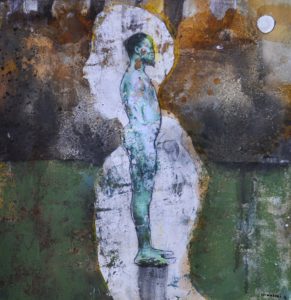 Kaloki Nyamai was born in kitui, kenya and works in Nairobi. he creates works on canvas, boards, metal,  Video and installations that explore the parallels between the past and the present. 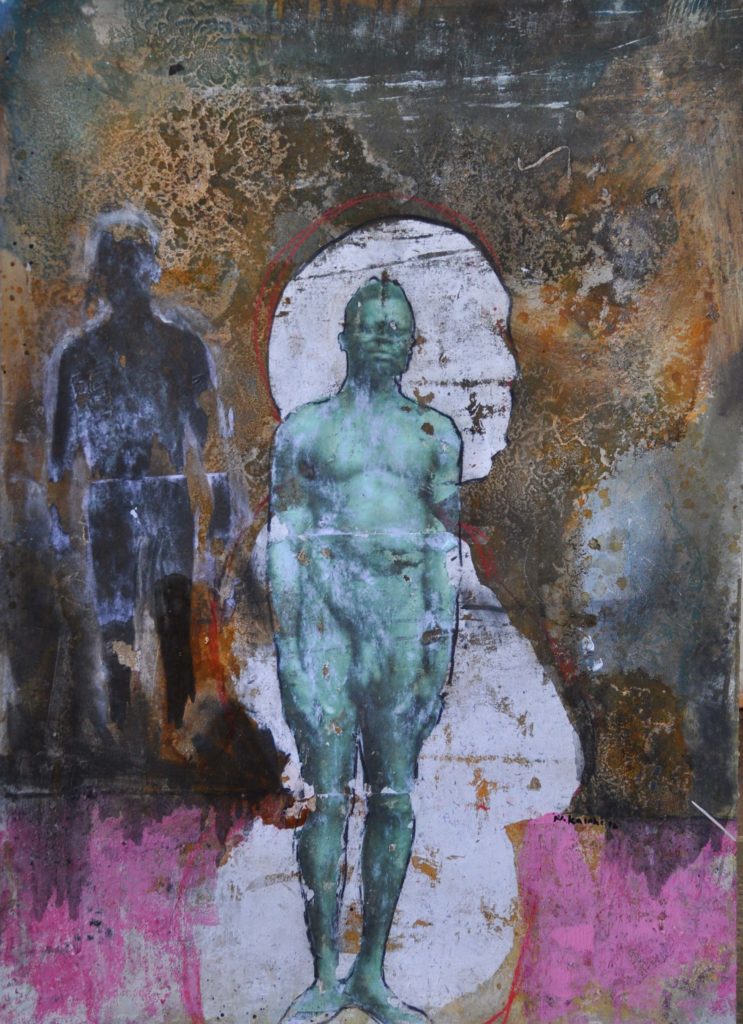 Kaloki’s fascination with ancient ancestors comparing to our present time and the space in-between. his work has always been questioning: human behavior? patterns that repeat itself?how people exists in spaces? and predicted decision making? His work positions these questions within the constructs of Power. present within the methodologies employed in seeking answers to these questions. Kaloki bases his research on his 89-year-old grandmother’s past.  Her stories about her past, bits, and pieces of her grandmother past and mostly about her mother past. this story takes us way back before Christianity in kenya. And our way of life and movement during this time. He also tries to compare this times as he observes the patterns that repeats it self in human behavior within different spaces and the effect of it. this is where his idea of boxes comes from, A familiar spaces that we have created around us that dictates the way they make our decisions whether social, economic or political decisions. 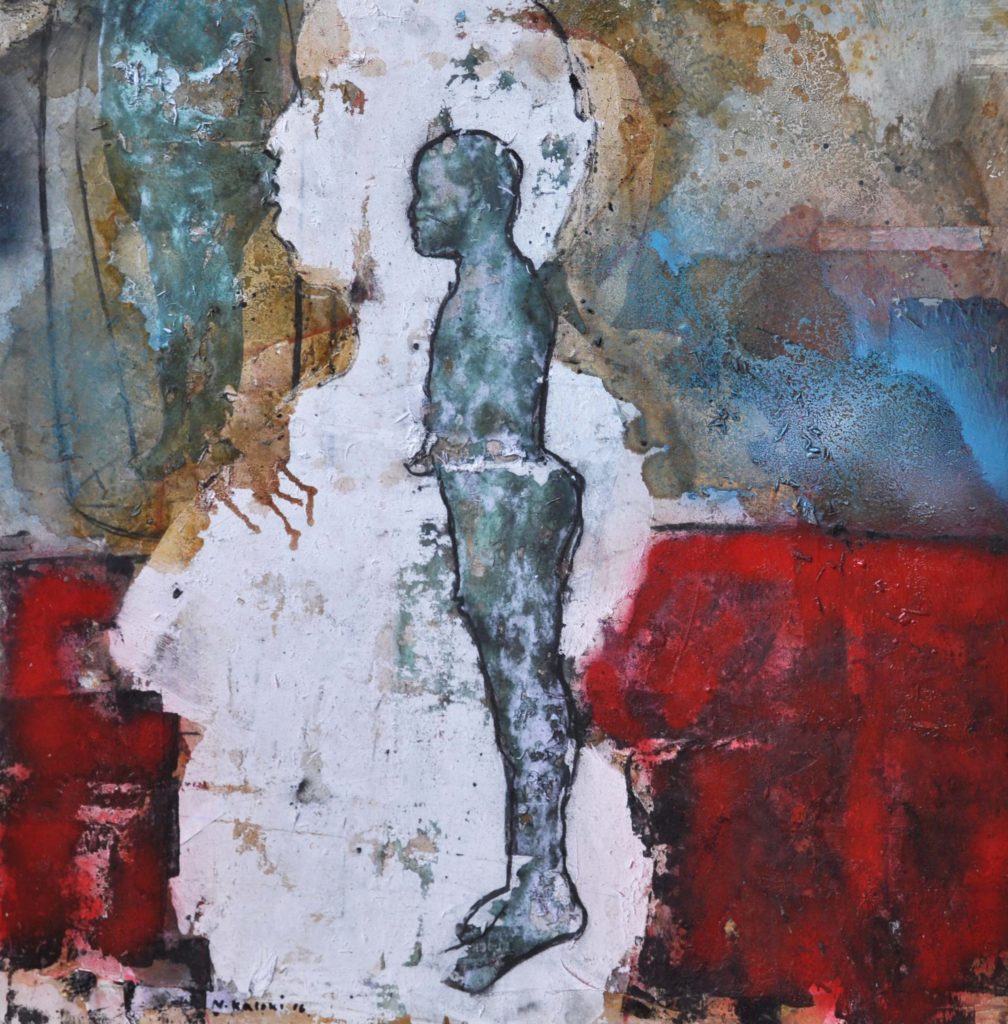 In Kaloki’s early works focused no human presence.  questioning the existence and Identity, how people are not people but what they have and the colour of their skin that defines that. narrative that was more autobiographical, This  was driven by a concern for kaloki’s own complicated experience with his identity; 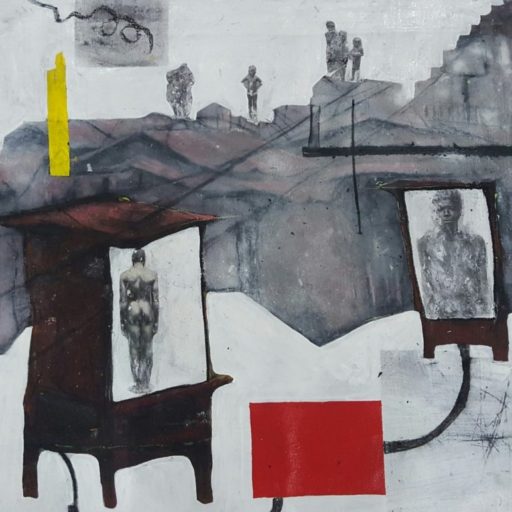