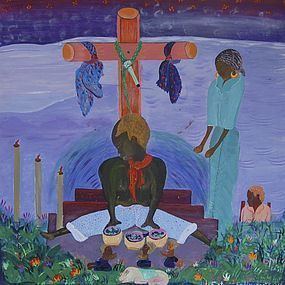 Film maker Arnold Antonin has recently released a short documentary on Lafortune Felix. It is available for purchase on Antonin’s website.

Lafortune Felix is a great name of three great Haitian painting traditions: the naive artist, the houngan-painter (voodoo priest and painter,) and the painting from the Artibonite region that has produced very little in comparison to Haiti’s capital city Port au Prince. 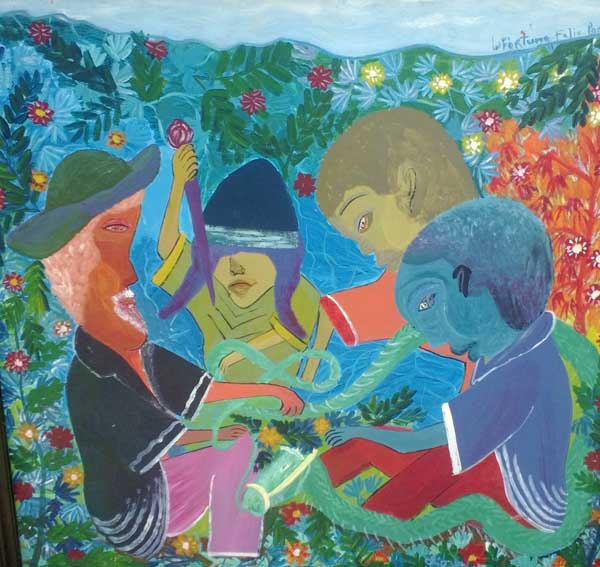 The naïve, not classically trained artist is a Haitian painting tradition. In the beginning, this artist did not win any favors from Haitian society. It is the conviction of the American painter and teacher Dewitt Peters, the Cuban art critic Jose Gomez Sicre, and of an international audience that developed Haitian naive painting. Art Historian Carlo Celius has written about the fact that in its beginnings, Haitian naive art was developed by poor, marginalized Haitians. 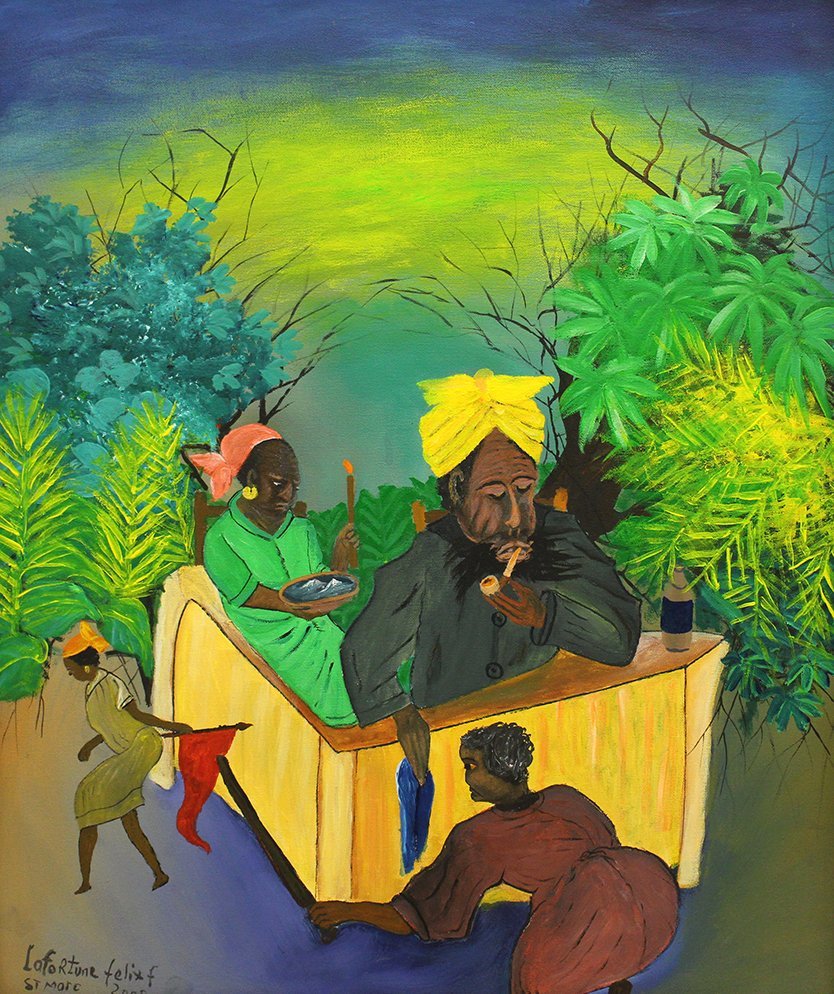 Haiti is known for many great Houngan-painters, such as Andre Pierre and Hector Hyppolite. Like them, Lafortune paints sacred scenes that awe because of the perspective – the size of heads, women with swords, established sacred voodoo myths – and the colors he uses. 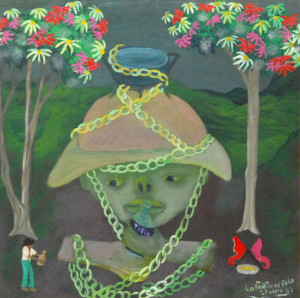 Lafortune Felix painted in St. Marc, a very old city in the Artibonite region, a city that once hosted Assemblies during the time when Haiti was French and named St. Dominque. It is a city of old families with large land holdings, a very small middle class similar to the one in Port au Prince – attempting to be Western – and a lot of poor people.