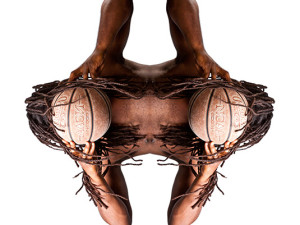 Marlon Forrester, The Ecstasy of Flight will be on display at the Hynes Convention until January 14, 2015. 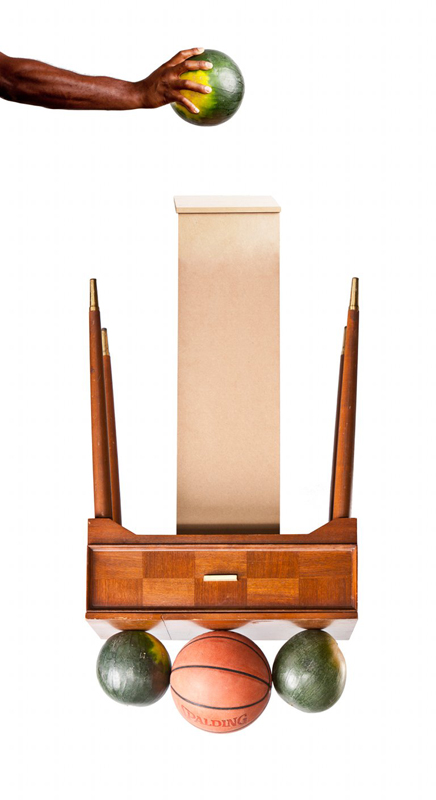 Marlon Forrester was born in 1976 in Guyana, South America and raised in Boston, MA. He is an award winning painter, artist, and educator, and has his Bachelor of Arts from the Museum of Fine Arts Boston and received his Master of Fine Arts degree from the Yale School of Art. He is currently a resident artist at the African-American Masters Artist Residency Program (AAMARP) adjunct to the Department of African-American Studies in association with Northeastern University. 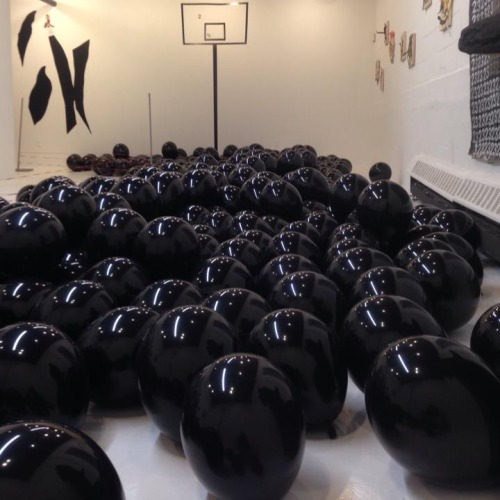 Forrester’s work is concerned with the corporate use of the black body, or the body as logo. His paintings, drawings, sculptures and multimedia works reflect meditations on the exploitation implicit in the simultaneous apotheosis and fear of the muscular black figure in America. 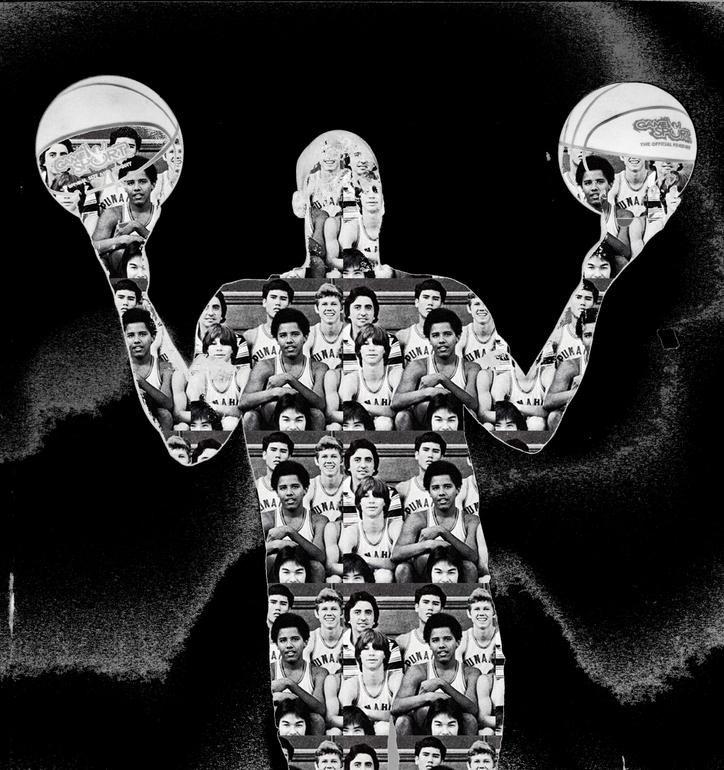 “My work is a meditation of the black male body through the lens of sports (basketball). My work also explores the space of ritual created on the basketball court, urban streets re-contextualizing contextualized mass media and popular culture images of black men.” 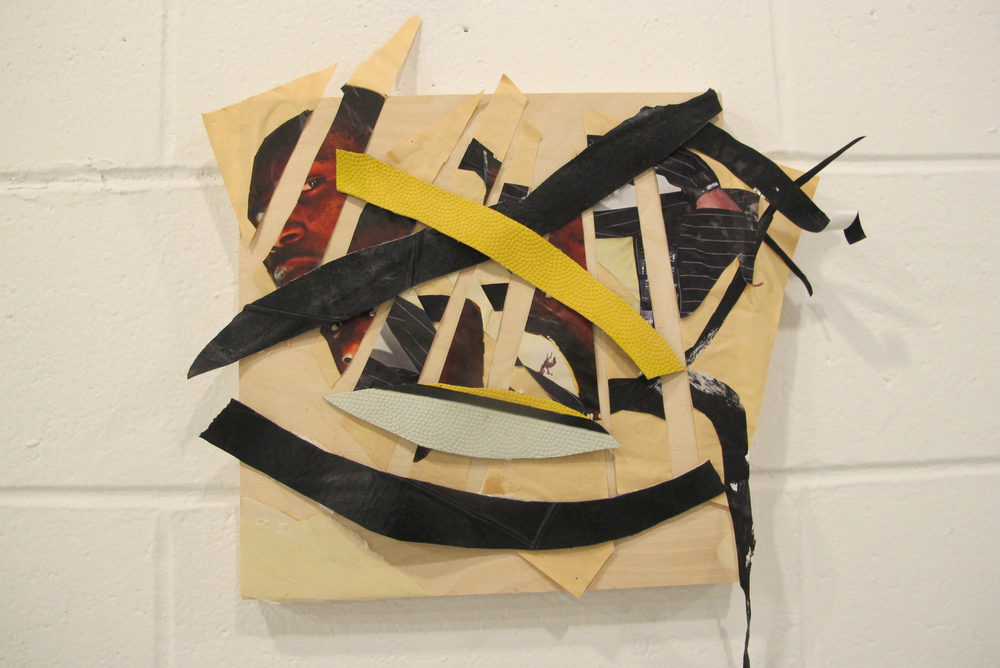 Forrester deconstructs basketball and its impact on African-American men. 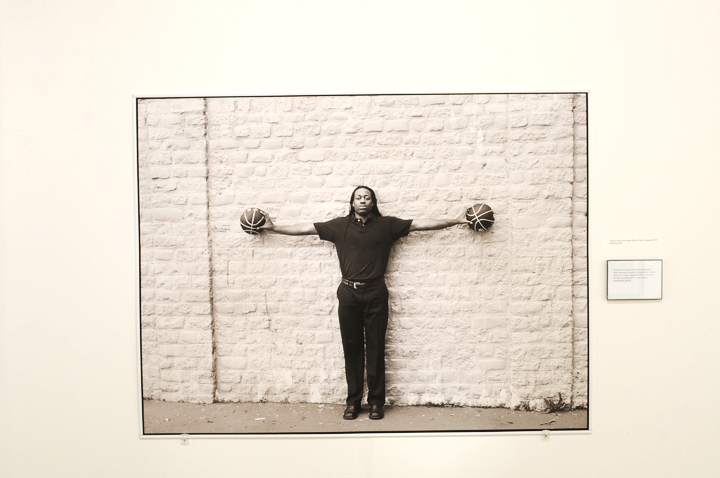