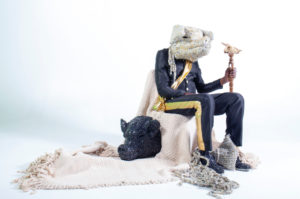 When we think apocalypse, we tend to think of the future. Superstates control world politics. Technology imperialises everyday life. Citizens become complicit in their own surveillance. Catastrophe becomes quotidian. For Maurice Mbikayi, the stuff of Western dystopian fiction is, in fact, an African reality. In Mbikayi’s DRC, colonialism and its afterlives have left the country largely in a state of crisis — politically, economically, and socially. Corruption is set as policy. Resources continue to be appropriated for Western profit. At the same time the world obsesses over cryptocurrency mining, it becomes all the more dependent on African mining industries – such as gold and cobalt – to engineer and power computers and smartphones.

Maurice Mbikayi asks, what happens when everything falls apart? What happens if the Internet crashes, or mobile money flops? Mbikayi incorporates the rubble into his work, resulting in sculptures, photographs and performances that link the materials back to their political contexts. 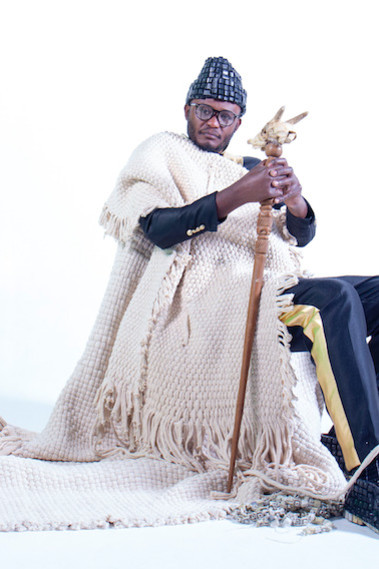 Several sculptures seem to haunt the gallery space, memorials to ongoing histories of labour exploitation. Pregnant women, their baskets full of baby clothes, are surrounded by guns, an allegory for the many ways in which violence at the hands of the West has thwarted the continent’s attempts to birth its renaissance.

A business suit, made entirely out of discarded keyboard keys, ripples and floods out the wall, an allusion to Mobutu Sese Seko’s infamous prophecy, Après moi, le déluge. Busts of Mobutu and Patrice Lumumba stand contrary to one another, samples from their speeches overlapping, struggling between different strategies of Africanisation. 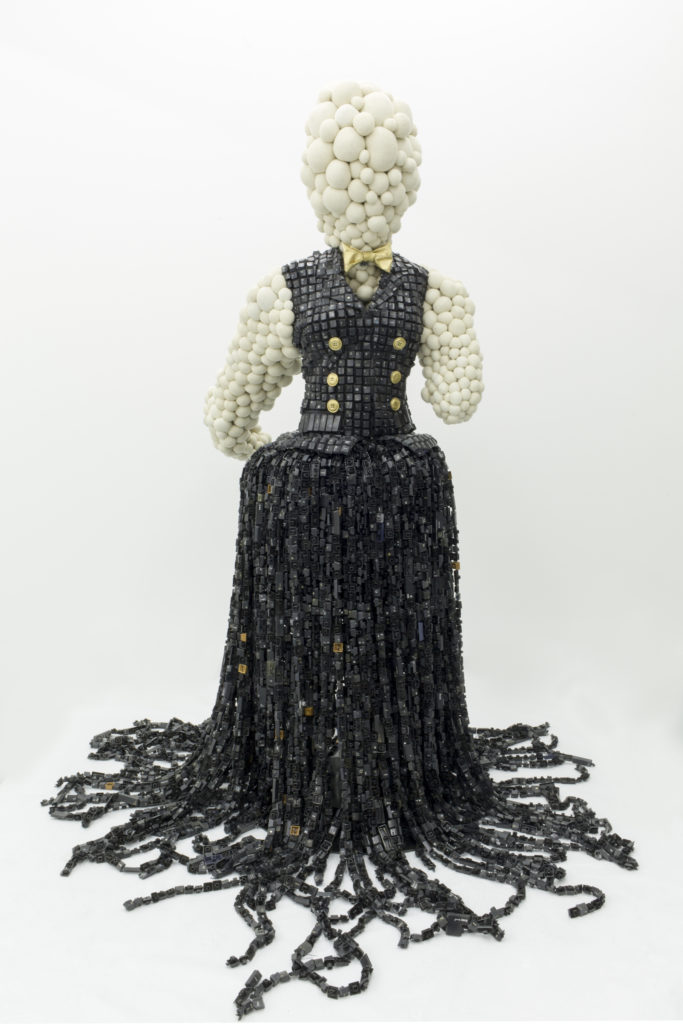 Hundreds of computer mice are suspended from the ceiling, referencing the Congolese ruling government’s history of shutting down the Internet and other communication networks during elections. Photographs show Mbikayi wearing a pig mask and posed in elite colonial garb, reminiscent of dictators like Henry Morton Stanley, Otto von Bismarck and King Leopold II.

A life-sized piggy bank, surrounded by fabricated gold bars, critiques international aid, which has left ‘developing’ African countries trapped in debts to the US, Europe, and China that are impossible to repay. Dozens of drawers – some locked, some flipped upside down – represent different African nationalities, whose economic growth remains in control of Western bureaucracy. 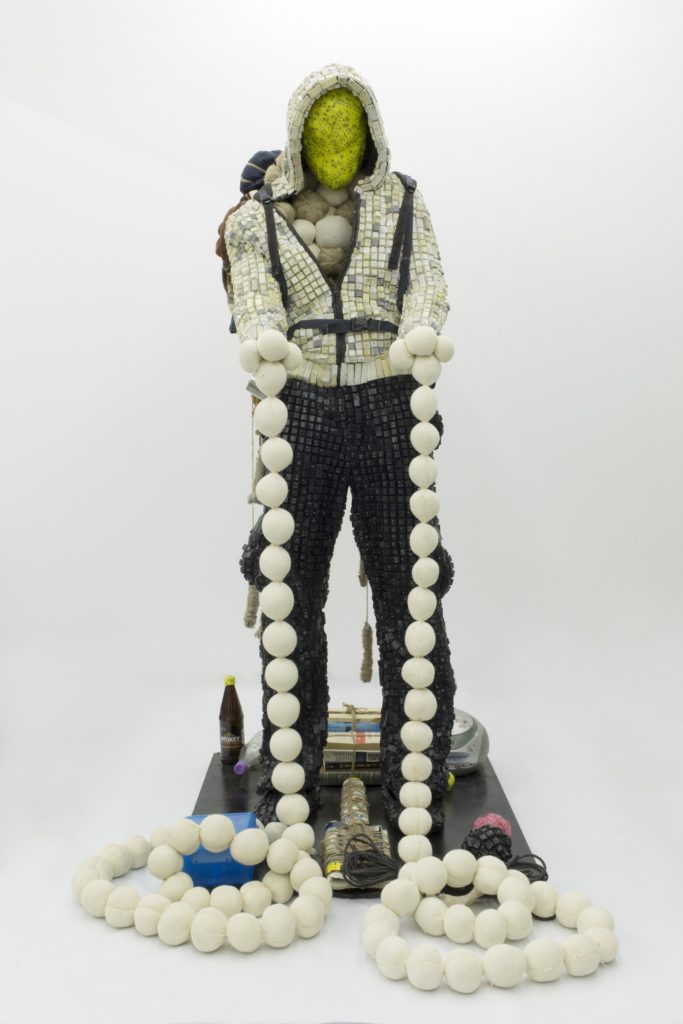 Coucou is a French slang greeting that derives from the noise a cuckoo clock makes. Coucou Crumble says, ‘Time’s up.’ When things fall unmanageably apart, who will suffer? Who will be held accountable? Who will control our resources, material and electronic? Mbikayi is not afraid to call out the systemic powers that be, and imagines a future in which African people can reinvent themselves out of the chaos.