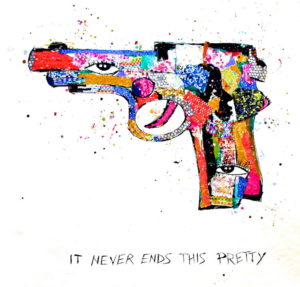 It never ends this pretty

About:
In the life and studio of LA-based, Trinidad-born artist Miles Regis, every action is an opportunity for creative self-expression. Prolific in both fine art art and fashion design, Regis freely swaps the materials and languages of each to enrich the other. His large-scale mixed media paintings on canvas and linen incorporate dimensional collage elements of denim, buttons, leather, printed matter, sequins, and patches of eclectically sourced found textiles along with his dextrous, gestural, richly hued abstract and figurative painting techniques. Aggressively hopeful and humanistic, Regis embraces a storytelling stance in his stylized renditions of fundamental scenes of love, loss, freedom, survival, activism, and living history. 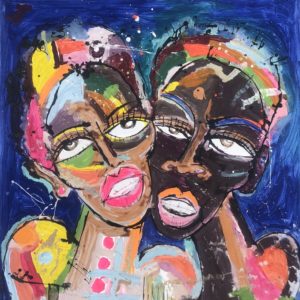 Tapping into the emotional experiences of exotic cultures around the world and presenting them in ways that are relevant to today’s modernized societies, Regis favors the simplicity of black and white structure, starkly juxtaposed with the complex dimensions of color; recurring motifs include his use of eyes, encouraging the viewer to look deeper. His paintings are often layered with vibrant hues, powerful imagery, text, abstract brush strokes, and purposeful objects — the same eye-catching iconography and palette which also appear in his original wearable art series. Hand-painted by the artist, each fabric highlights a delicately detailed working of both surface and narrative, in the same process that expresses the personal and collective mythologies enshrined in his art works. 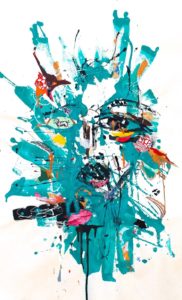 Chronicles of a love explosion

Most recently, Regis has been collaborating with new technologies as an early adopter of the emerging realm of Virtual Reality as a fine art application. One of the main elements in constructing interdimensional visual worlds based on his art is a painstaking process building the compositional structure layer by layer — a technique ideally suited to Regis’ established language of painting. The results, which he sometimes pairs with his own original auric electronic beats, are kinetic, vibrating, seductive travels in AbEx hyperspace, and all on their own make the case for VR as a proper tool for all kinds of artists. 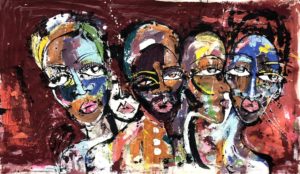 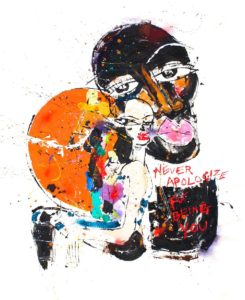