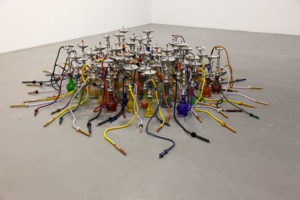 About:
Fatmi constructs visual spaces and linguistic games. His work deals with the desecration of religious object, deconstruction and the end of dogmas and ideologies. He is particularly interested in the idea of death of the subject of consumption. This can be applied to antenna cables, copier machines, VHS tapes, and a dead language or a political movement. His videos, installations, drawings, paintings and sculptures bring to light our doubts, fears and desires. They directly address the current events of our world, and speak to those whose lives are affected by specific events and reveals its structure. Mounir Fatmi’s work offers a look at the world from a different glance, refusing to be blinded by the conventions. 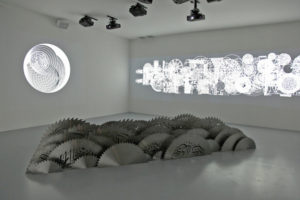 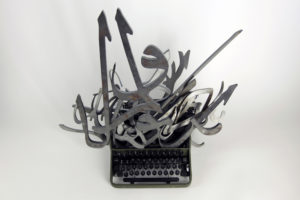 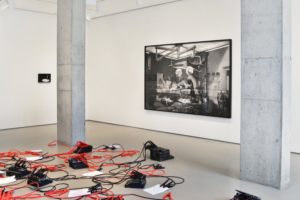