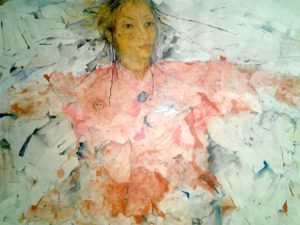 About:
Finding the various strengths of pure acrylic paint as structure and narrative continues.
Formed acrylic shapes are integrated dimensional surfaces in the paintings, and in drawings. These are my visual responses, recognizing ancestral traditions that continue to resonate in contemporary retentions and expressions. African American Classical music (also known as jazz), Blues, and Indigenous World music forms strongly influence my work process as references to specific musicians, to movement, and to elements in nature. Pushing possibilities of materials, I work as if each beginning is a large-format drawing evolving into painting, held together mostly by pure pigment. Reused Acrylic shards and fragments directly applied alter gestural content and surface. 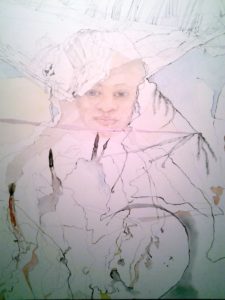 The paintings synthesize selected cultural memory, integrating drawn, implied or painted line. Pinching, crimping and pleating become linear reconstructions of the painted surface. Refined elements of layered Acrylic emphasizes structural tensions and fluidity of form in the final effect. Flexible two-dimensional surfaces are realized into “almost “three- dimensional form.
Within each work are suggested responses to my curiosity about passed-down stories and lesser-known day-to-day traditions that are in continuing practice within African American heritage and culture.
By continued searching to find “spirit” references especially in Indigenous-American cultural traditions, established and evidenced in the entry origins of African-American cultural experiences, I am following the paths of ancestors. 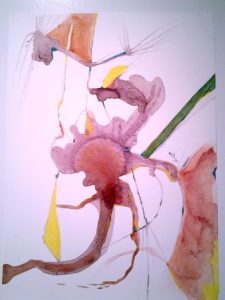 “Suzanne Jackson creates large mixed media works that are expressive, spontaneous, and even playful. She creates each piece by layering a vast array of papers with acrylic and canvas. Her work is a hybrid of collage, painting, and sculpture that breaks the conventional rectangular frame. Her highly textured and colorful works seem to dance on the wall, sometimes bursting out into the space of the viewer. Her works mix monumentality and ruggedness with warmth and freedom.”
Albany Museum, Albany, Georgia 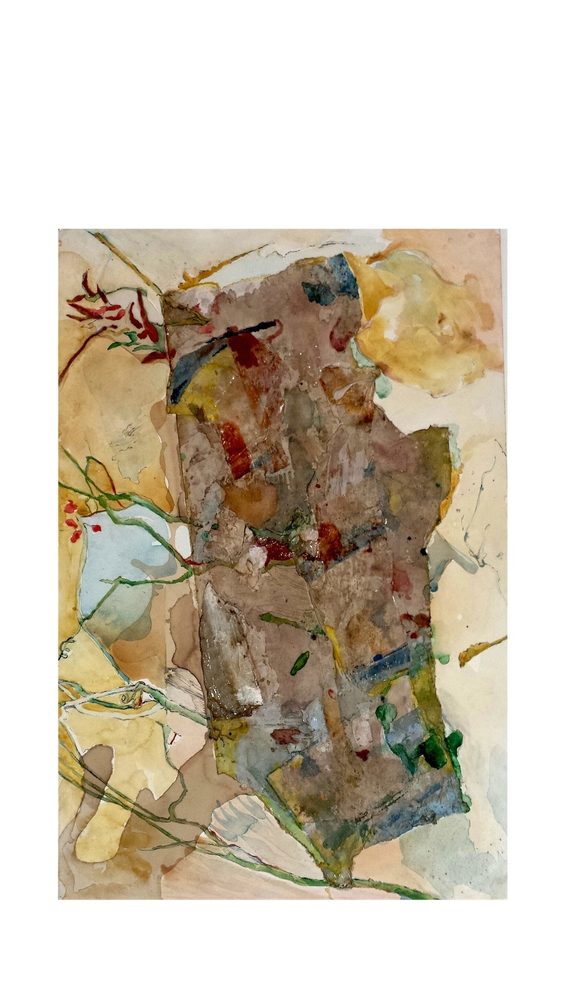