The Zone of Proximal Development 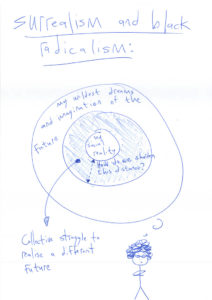 South African artist and critic Thuli Gamedze and her brother Asher, researcher talk about ‘the zone of proximal development’ : how can you – with assistance – let grow, multiply, specialize and expand a basic familiar knowledge of art. They talk about the possible tools to reach that goal.  “In the final section when we imagine a future world, we are grounded within rigorous self-engagement, and our engagement with other peoples’ worlds helps us to think about contradiction between everyday life and the imagined.”

The zone of proximal development

A conversation between Thuli Gamedze and her broder Asher

Asher: The idea that a root is necessary for something to grow is basic. I suppose though that when we look at nature, and later, maybe the nature of things, roots come in a number of forms. These forms are often quite unlikely. For instance, there are plants that can begin to grow with only a cutting of a leaf or a stem. Similarly, the leg of a starfish can grow itself into a new starfish altogether, with the old one re-growing the missing leg. These examples are interesting for how we think about the notion of a root. Scientifically, I suppose we would be referring to DNA- the necessary makeup that can multiply in order to rebuild something from scratch.

In education, as I understand from what Asher has told me, ‘the zone of proximal development’ is somewhat of a learning equivalent of this idea. It proposes that the learning process begins from a basic familiar knowledge that then, with assistance, might grow, multiply, specialize, expand, and turn into something different but lodged in the truth of the learners existence.

Keep in mind, I am beginning my understanding of this idea from a short voice note sent to me by my brother- a tiny cutting of a leaf, the DNA of the thing, give or take some minor adjustments. Maybe I have understood him wrong, and what will grow from my understanding departs from its original meaning, but it will still grow. I don’t know. I am avoiding actually looking up the term (as an exercise in allowing the text to mimic the theoretical process it describes.) 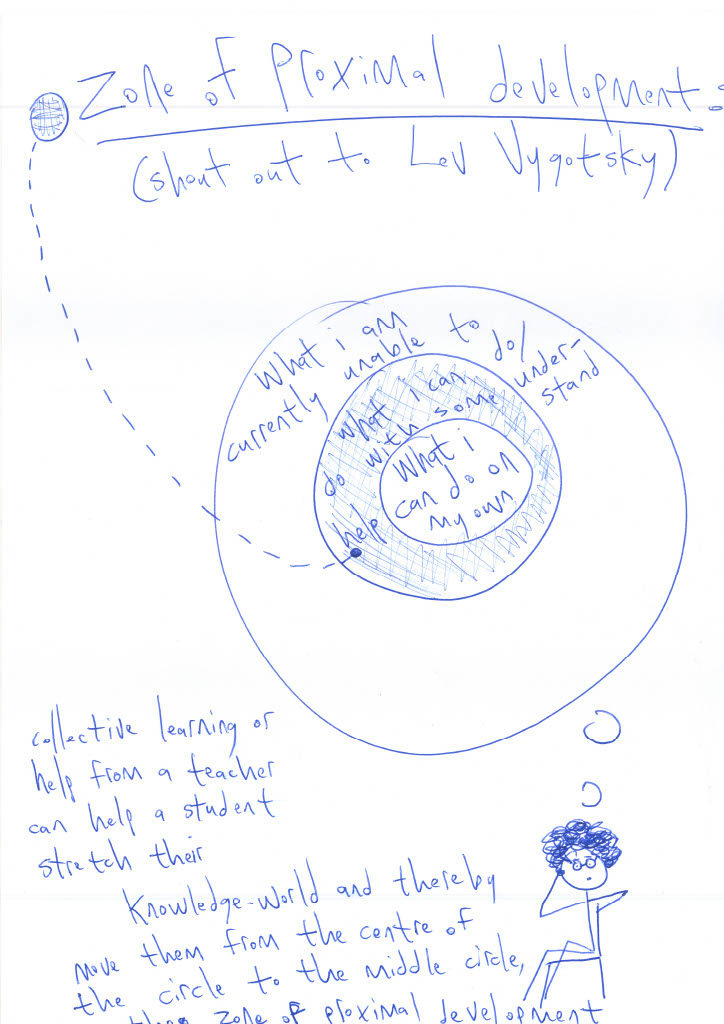 This is an art publication though, so apart from some loose theoretical thinking, how do we apply this zone of proximal development to creative production? And when we do, what kind of art might we end up being interested in?

Asher suggests that we can look at surrealism, and he articulates the liberatory surrealism that was key in a project of liberation from the South African apartheid regime.

My first explicit engagement with ‘surrealism’ came, quite recently, through reading Robin Kelley’s Freedom Dreams: The Black Radical Imagination, in particular the chapter titled “Keepin’ it (sur)real: Dreams of the Marvelous.” Both the book and the chapter are brilliant, with the chapter investigating the multiple synergies and multi-directional influences between surrealism, art and black radical thought. Kelley looks at the way that surrealists were heavily influenced by Afro-American and African music and art practices, and the way that black music and poetry contain and espouse their own version and expressions of (what has been termed) surrealism. 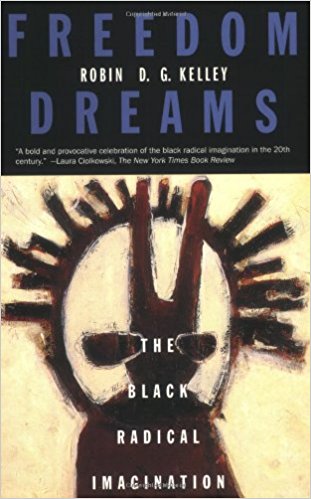 Black radical thinkers Suzanne and Aime Cesaire were influenced by and, at times, embraced surrealism as a useful mode of thought and practice in anticolonial struggle. So my chosen understanding of surrealism comes from this place, emphasizing the myriad relationships between itself and black radicalism; according to the Chicago Surrealist Group (1976), it is ‘the exaltation of freedom, revolt, imagination and love… [I]t is above all a revolutionary movement. Its basic aim is to lessen and eventually to completely resolve the contradiction between everyday life and our wildest dreams.’

The last part of this definition – the impulse to resolve the contradiction between social reality and an emancipatory imagination – is the central element of surrealism that we will engage in the rest of this piece. In particular, we investigate how it might relate to the zone of proximal development (ZPD).

The ZPD was an educational idea developed by Lev Vygotsky in the 1930s. The ZPD is an area in which a student, with assistance from a teacher or from challenge or stimulation in a group with peers, is able to learn and understand things that are beyond or outside the scope of what they could grasp unassisted. It emerged partly as a critique of ideas about the student as an independent thinker and, taken further, in the spirit of Thuli’s root-growth idea articulated earlier in this piece, ZPD could be understood to be a critique of the notion of individual intellectual production. People need other people to learn better. The knowledge we are capable of producing collectively will always be more nuanced, far deeper and more rigorous than what we are capable of producing alone.

Collective learning spaces tend to test our own knowledge and our understandings of the world such that we are able to transcend and extend ourselves to stretch and expand our own consciousnesses.

Okay, so there are some ideas about surrealism and ZPD. What I want to do now is think about how we might embed the radical tendencies of surrealist thought and radical imagination in pedagogical practice rooted in ZPD? Let’s see…

An interesting space to think about a possible synthesis between the ZPD and surrealism is in the approach to cultural work developed by Medu Art Ensemble from the late 1970s to the early 1980s. 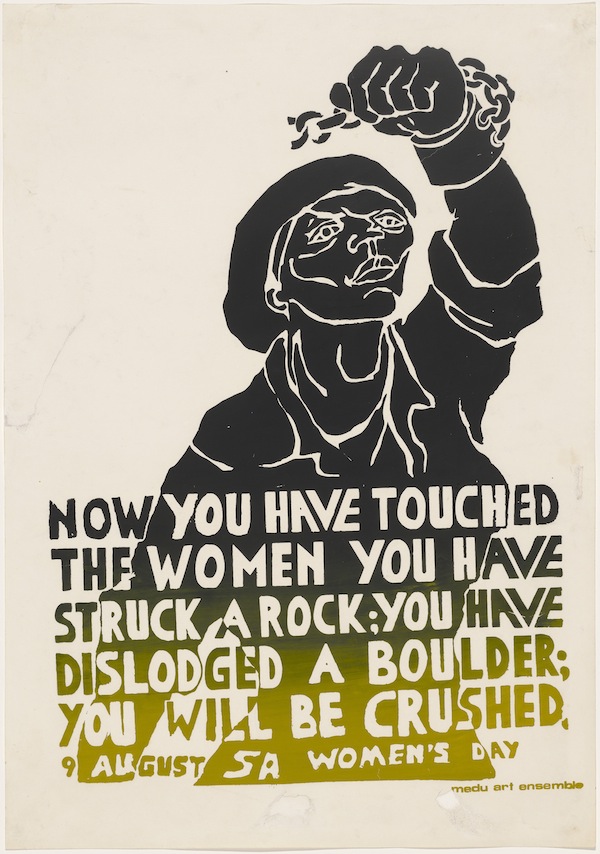 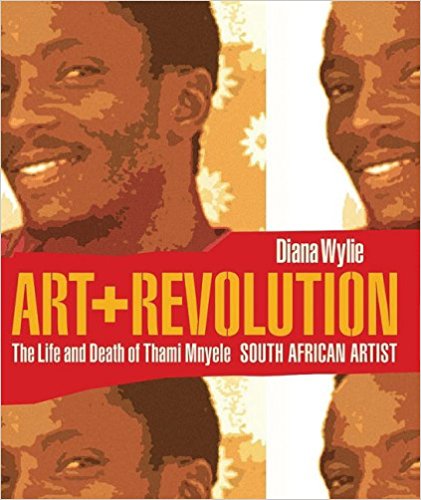 Mnyele is saying a lot of important things here and in the essay more broadly, but what I want to highlight from the above is how Medu’s approach, which he articulates above, is embedded in the synthesis of the ZPD and surrealism.

While he emphasizes the importance of imagining and visualizing different, emancipatory futures- something which isn’t present in the present social reality- he also critiques an abstracted bourgeoisie art practice. On this, Mnyele says of abstract gallery work that ‘the images are acutely abstracted; the subject matter (content) is lost to the mystical; distortion plagues the visual and the artwork sags under a heavy veil of mystery.’

Using the analytical framework of ZPD we can read Medu’s philosophy of art practice as illuminating the pedagogical work of the imagination. Mneyele explicitly insists that the artist has a radical pedagogical role. An artist must necessarily be committed to both learning with and teaching with people in the context of struggle. We must teach ourselves and other people about the future- the worlds that we and others imagine and want to live in.

Crucially, Mnyele also insists that we must avoid utter, baseless abstraction because of the danger it poses in playing a complicit role in the reproduction of the gallery, and the larger art world economy of which it is a part.

So then how do we imagine a future that exists outside of the present parameters, without making use of abstraction?

ZPD can help us here. The logic of ZPD suggests that we are able to stretch our consciousness with the help of others if the process of stretching allows us to begin with something we already understand or know. Therefore, in imagining the future, we need to remember that there are elements of our desired world that are already here. These might be in music, in communing with friends, in reading, swimming, and essentially in love in all its forms. It is important to emphasize that the root exists, but to suggest that our present set of circumstances is neither nourishing nor loving to the plants we wish to grow.

In a number of popular education workshops with various community and activist groups, we have used self-mapping as a way to root content within our own lived realities. The themes of these workshops have been African history, where we have looked specifically at the construction of space under colonialism, histories of land dispossession and the creation of borders on the continent within countries and in cities.

As an introduction to these sessions, everyone must think through and act upon a way to map their own world. Some people draw their neighborhoods, while others draw the whole continent, distorting its usual spatial scale in interesting ways. The geography of the artist’s own world often features centrally and ends up filling the map, in ways that we are not used to seeing in Euro-centered mapping strategy.

My favorite one was this person who drew their school, friends’ houses, nearby spazas*, their home and their room on their map. Additionally, the map included a representation of the time they spend in their head. 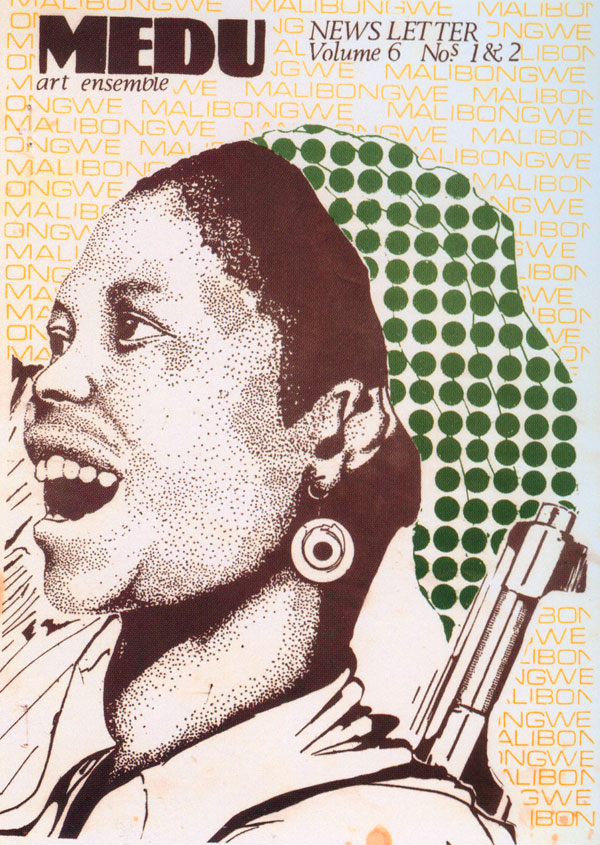 Maps and place and time

Creativity allows us a space to explore the subversive nature of our own thoughts, giving image to radical ideas that seek to shift time and space in ways that are exciting and liberatory. Writing imagination time into a map is an acknowledgment of the tangibility of our thoughts in influencing the way we use and live in the world.

After people have drawn their worlds, they introduce themselves via their maps to three other people, and then we have a collective report-back session. We delve into some of the histories about land in southern Africa and people add bits of knowledge that they have from experience and memory. The last part of the workshop makes space for a collective imagination of a/the future world that we want to live in and ways to get there.

This workshop design is embedded with a synthesis of surrealism and the ZPD. People enter the session from their own context, their present social reality, and the way that they understand and choose to represent it forms the initial content of the workshop. In other words, we all begin as centers of knowledge who form the centre of our knowledge production system. The introduction to the worlds of others gives us a direction to move outward, but always outward from the articulation of our own world.

In the final section when we imagine a future world, we are grounded within rigorous self-engagement, and our engagement with other peoples’ worlds helps us to think about contradiction between everyday life and the imagined. We are not stuck here though, for this small contradiction is not able to aptly contain the scope of what we can imagine..

We will always have the need for dreaming new dreams. Part of freedom is the movement toward these new futures, and the warning against complacency in certain presents that is inherent within this movement. My idea is that the synthesis between the radical work of the imagination and collective struggle is an interesting departure point from which to weave this path.

Thuli Gamedze is an artist and writer based in Cape Town. Asher Gamedze is researcher at the University of Cape Town

← New York Is Calling
Art of the #BlackLivesMatter Movement →