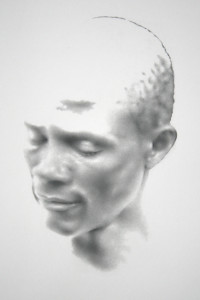 Because of the way he is working on a painting or a drawing – slowly, with refined lines, a soft touch, focused on details, but also very much aware of the spatial effects, the effect of empty spaces juxtaposing ‘filled’ spaces – his works are more of an emotional representation or interpretation of the reality.

Or the story of a successful Surinamese artist.

We meet a few days before Xavier travels to Zimbabwe to participate in a group show at the National Gallery of Zimbabwe in Harare. He is nervous, not because of the interview, but because he is still working on the drawing that has to be presented in Zimbabwe. “A drawing like this takes weeks to make. The other one there, the burning building, took me four months. I don’t know if ‘therapy’ is the right word, it’s more like meditation. It affects and influences future decisions.” 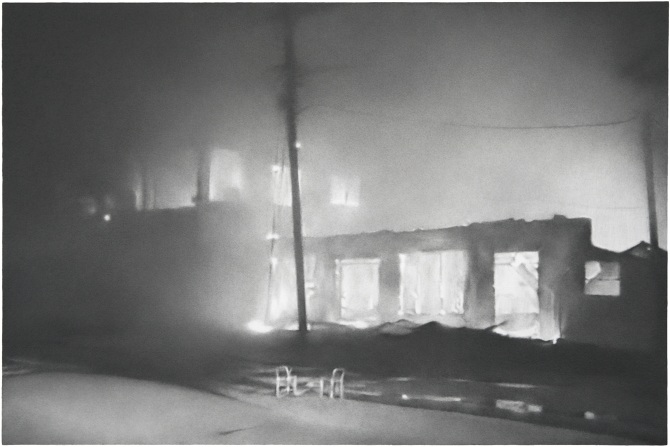 Xavier Robles de Medina (1990) is born in Paramaribo, Suriname. I want to interview him, not only because I like his work but also because it intrigues me that he is already a successful artist. His work was shown in Oxford, Savannah, Cambridge, Amsterdam, Paramaribo, Hong Kong and New York (he is represented by a gallery there). He was also nominated for the Prix de Rome Visual Arts 2015. His artist residency in Zimbabwe results now in the participation in a group show there. New shows are scheduled. One might call it a dream start.

*
The interview takes place in his studio in Amsterdam.

*
Robles de Medina grew up in Paramaribo, but at sixteen he went to the boarding school St. Clare’s in Oxford, England. “A friend was there already and she was very positive about the school. It was there that I realized that art was actually a possible candidate for my field of study. Because the school was international my English improved a lot. I learned the craft of essay writing, how to write clearly and with purpose. There was a whole building devoted to the arts. That was a shock for me. I was not used to that kind of luxury at all. I just decided to take advantage of all the facilities and absorb everything, I think I really made the most of it.” 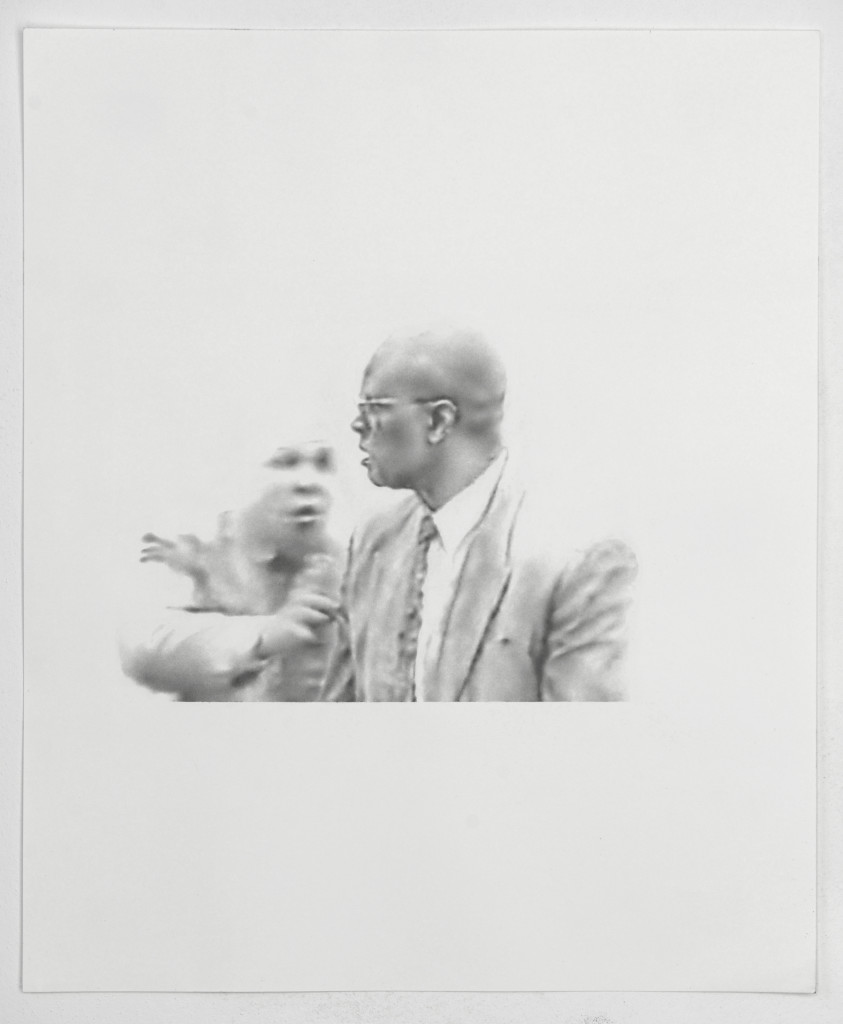 I saw red and reacted (releasing his vitality to the sea), 2016, graphite on paper.

After the boarding school he chose to continue his education at SCAD, the Savannah College of Art and Design. “SCAD is known for the applied arts: graphic design, film, animation. I completed my BFA degree in Animation, did a few internships, I even had an interview with Pixar. That was kind of a turning point; I realized that working for that kind of company means leaving your own art and identity at home when you go to the studio – from 9 to 5 – with the Pixar identity in mind. I knew that wasn’t really what I wanted.” Being an artist, free to paint and to draw was a better choice.
When I ask him if he feels privileged with his international education, he admits without hesitation. “I do passionately love the Surinamese art scene, which is excellent particularly considering small scale of the population. Of course there are limitations to living in a developing country with less exposure to galleries and museums. Travelling and living in other cultures has shown me so many new perspectives, and enriched my life.” 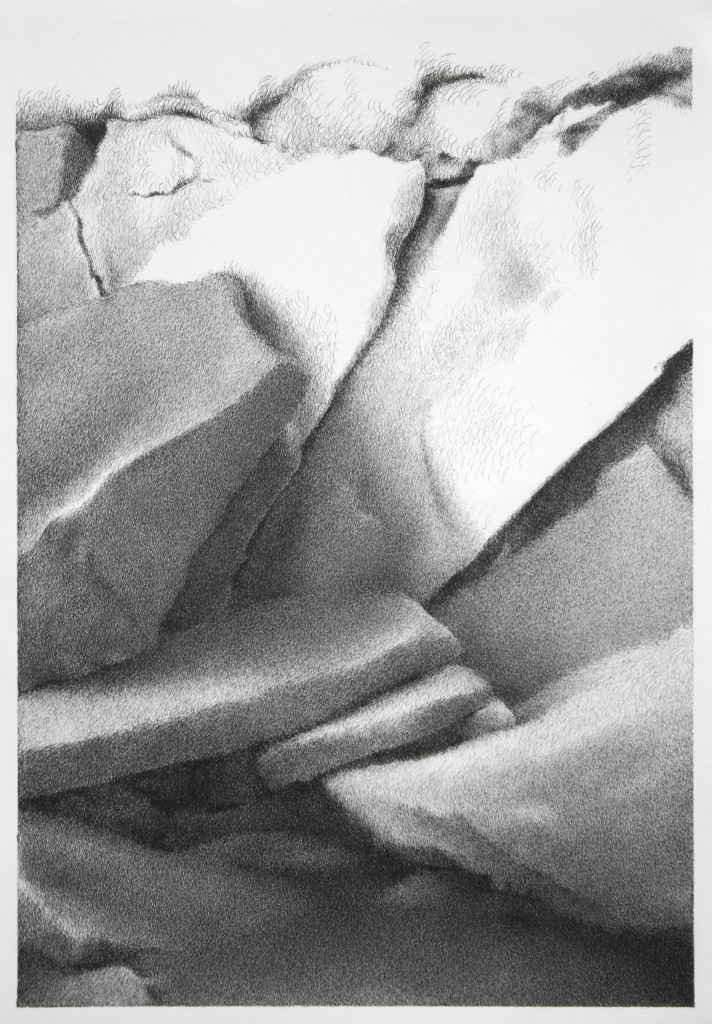 Although Robles de Medina has restricted himself to drawing in the past year, he has done paintings, collages, videos, and wall sculptures prior to this. The last ones are abstract or organic, the other works are figurative. They look realistic on first sight, but they are not. “It is never reality. I can’t copy, that is impossible. Perhaps you can talk about a kind of ‘virtual-reality’. Some people say that my drawings remind them of film-sets. I think that is interesting, it makes me want to explore, perhaps there’s a truth there. ” Because of the way he is working on a painting or a drawing – slowly, with refined lines, a soft touch, focused on details, but also very much aware of the spatial effects, the effect of empty spaces juxtaposing ‘filled’ spaces – his works are more of an emotional representation or interpretation of the reality. The drawings he recently made of caves in Zimbabwe are mysterious, even sensual. They show his deep commitment with his subject, his respect for it. That feeling is even stronger with the portrait he recently made of a man who guided him in Zimbabwe. “His kindness and generosity motivates the time I spend developing the work. I suppose in a way I do want to give back.” This involvement is seen and felt in this piece. 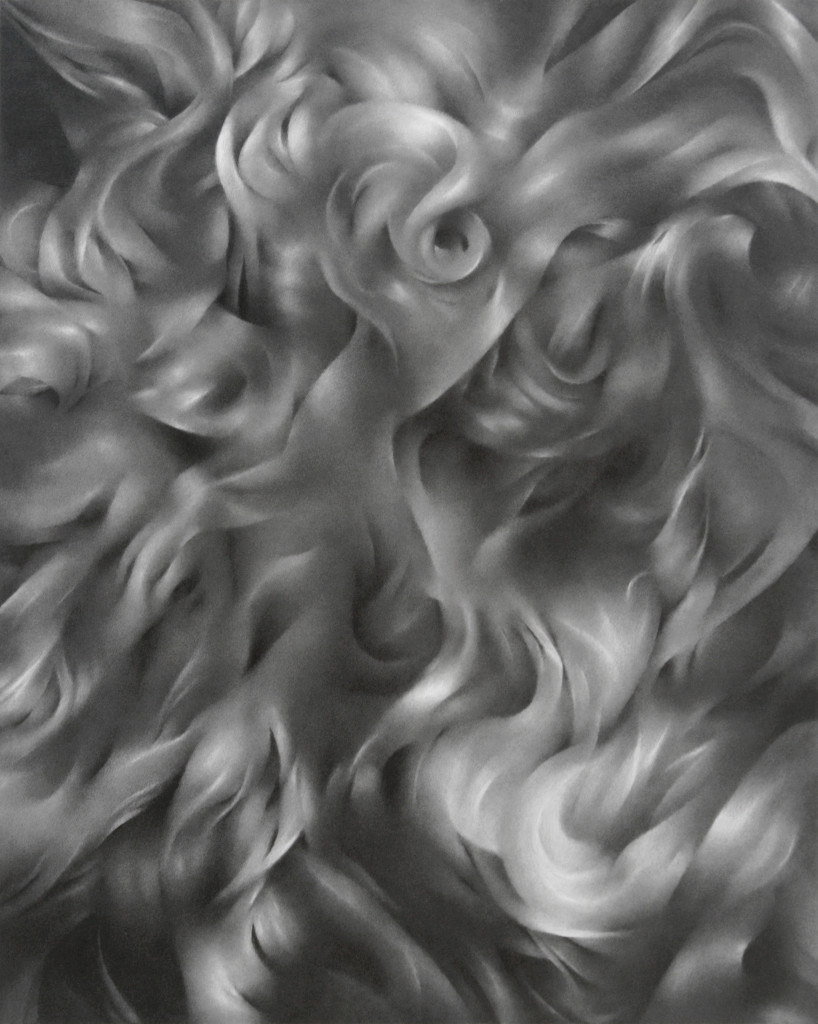 It is not possible to find an overall theme in the work of Xavier Robles de Medina. “I don’t work with one idea. A piece that I do now can be in conversation with an idea that came out of a work three years ago.” Most of the time an impulse is the beginning of a new piece. That can be an image he found on the internet, a drawing he found in the studio of his grandfather – a well-known Surinamese sculptor –, a photo out of a historical photo-archive or extractions from fashion magazines. Sometimes they work together to form a new idea. Like words need each other to create meaning. “It is an ongoing process. Impulses accumulate impulses. It has to be like an octopus reaching out in all kinds of directions, referring to all kinds of sources. I believe good ideas are dynamic in that sense. They can take any shape.” He has preferences though. He likes baroque painting, he likes abstract expressionism, and he likes to go back in (art) history. In the end “it has to be relevant to my life, taste, and experience; I need the work to be deeply, and truly an extension of myself.“ That implies that he wants to understand his own history; he wants to understand his identity. You could say that is an underlying theme. 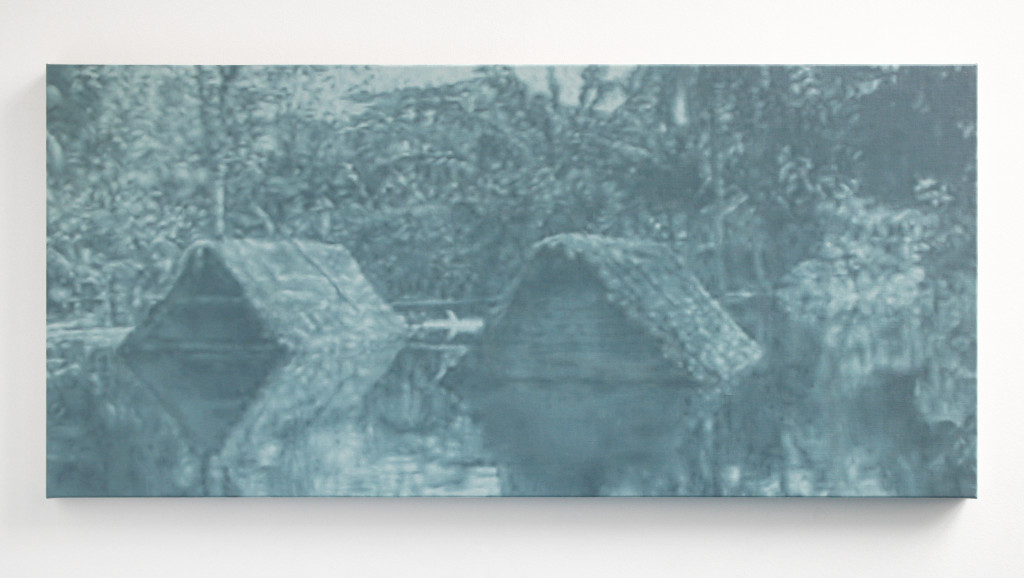 That might be the reason some impulses find their source in Suriname. “Suriname is a visibly interesting place, if you look at old photographs of all these different cultures colliding. I realize that now, it is as though Suriname is a hundred years ahead of the world. Now there is this intense discussion about immigration here, but in Suriname all these different cultures have been living together for most of the country’s recorded history. I am from a mixed heritage and I have lived in and travelled to different communities. There is no one race that I belong to. I am simply Surinamese! And because I have all these influences and was raised with so many cultures, it helps me to make sense of the world and also to make decisions in my work.” 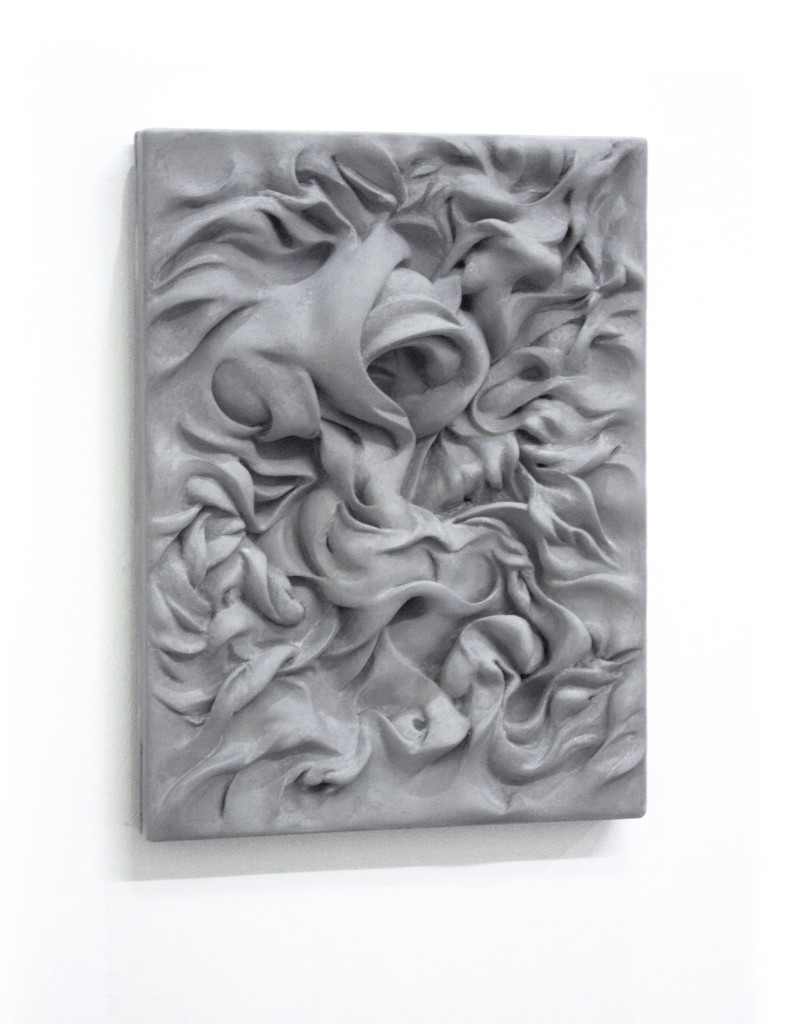 Robles de Medina has a problem with the word ‘kunstenaar’ or ‘artist’. “I don’t know what that means. I define myself through what I do; as we speak, I make drawings. I am concerned with drawing.” About the role of an artwork he has a personal opinion too. “It is possible to communicate with art. Communication between people is often like a competition. Most of the time people do not really listen to one another, and often people leave conversations without having gained anything at all. The communication with an art piece is more harmonious if the viewer spends time with the work. As an artist you accept that what the viewer takes from it is completely subjective. Even if a work has an overwhelming effect on the viewer, or puts them on the diverging train of thought, that does not mean that the communication is disturbed. The communication itself is still effective.” 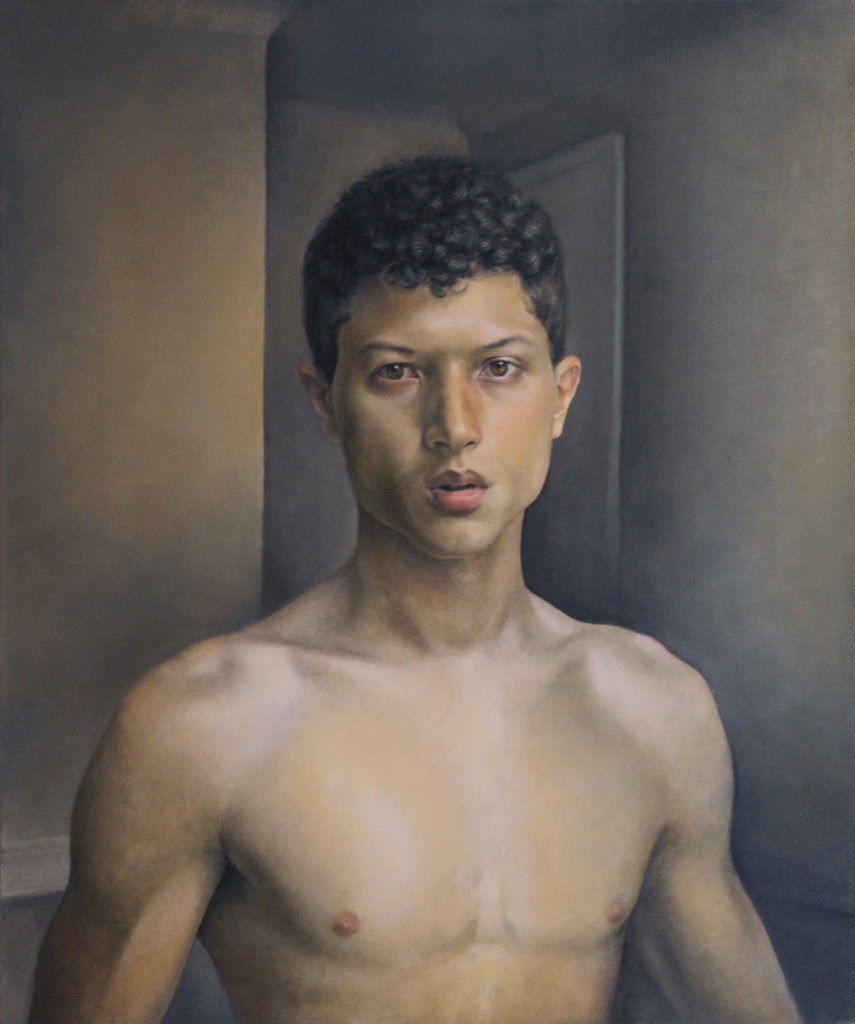 Talking about influences, Xavier Robles de Medina always mentions dead artists and old art. Caravaggio, Raphael, Delacroix, Turner, the Abstract Expressionists. Is it their style of working? The working process? The technical skills? The theatrical element in the work? Is he just impressed by it? Does it give him insight in his own work? Does it trigger memories? Does it open up unexpected elements? Probably it is a combination of factors. His figurative work looks classical, for sure. One could call his wall sculptures ‘abstracted reality’. In general history plays a big role in his work, so referring to art history is no less than logical. As contemporary artists he mentions Marcel Pinas, Kurt Nahar, both from Suriname, Christopher Cozier from Trinidad and for instance the African Gareth Nyandoro. “Meeting them, experiencing their way of working, hearing them talk about their motives, and even just seeing the way they live their lives fascinates me. I understand the work of my grandfather, the sculptor, a lot better now as an adult. I see the intelligence now, his craft, and the way he uses space. I think that has influenced my work profoundly.” 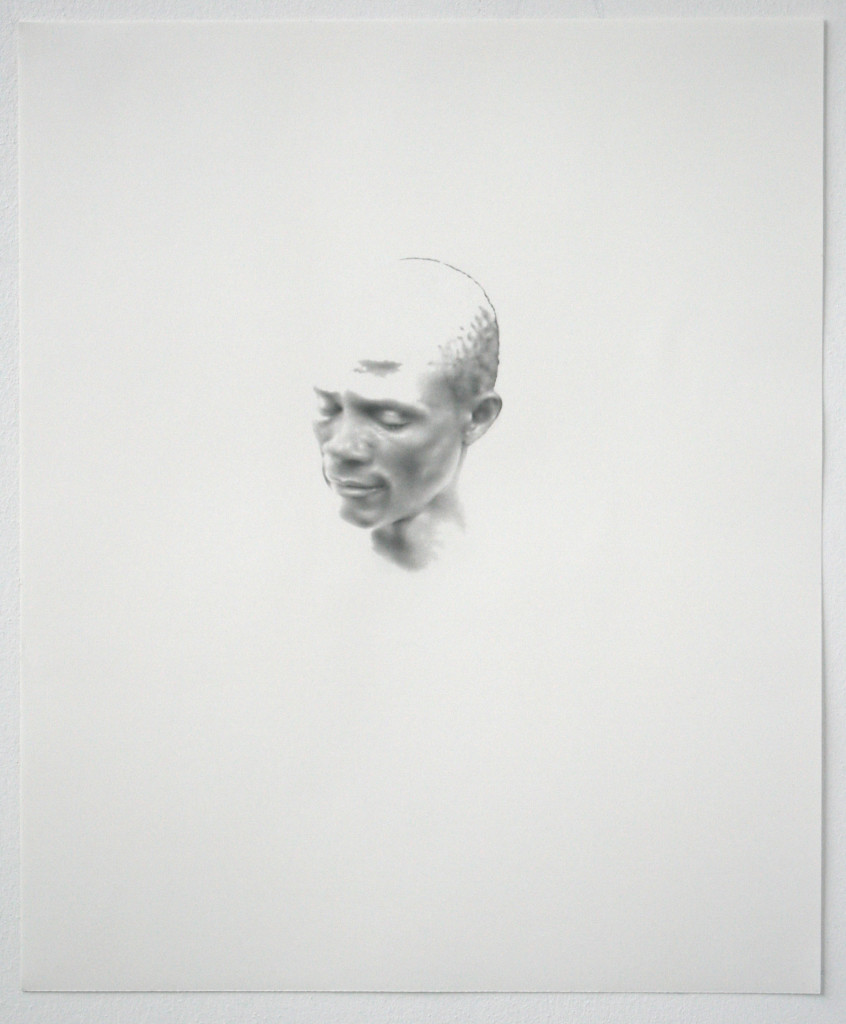 “I want to go back to live in Suriname at some point. There is so much unexplored potential in the Caribbean. It has such a rich culture and history; I would love to enhance the dialogue between the countries and art scenes. But for now I just have plans for a solo show in Paramaribo in 2018. There is so much to learn from the experience of showing my work and receiving feedback from my Surinameese brothers and sisters, this is immensely valuable to me.”

Rob Perrée is art historian, independent writer and curator, founder and editor of Africanah.org.  He lives and works in Amsterdam and Brooklyn.