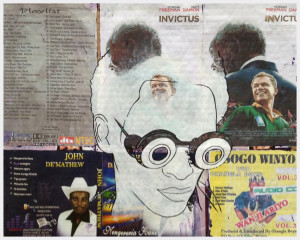 The young Kenyan artist and TED Fellow, Cyrus Kabiru stands at the forefront of a generation of artists whose innovation and creativity is shaping the way in which not only art from Africa is viewed but Africa itself, as the work travels across borders challenging perceptions and stereotypes. Kabiru’s work has caught the imagination of the art world both within Africa and internationally as his signature C-STUNNERs body of work provides a metaphor for new ways of looking at Africa and the new ways that Africa views the rest of the world.

Working with found objects his sculpture is built on the notion of, in Kabiru’s own words, ‘giving trash a second chance.’ Weaving together materials such as bottle tops, shoe polish tins, wire and cutlery he is most well-known for his series of wearable eyewear sculpture, C-STUNNERS. 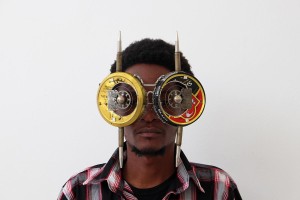 C-STUNNERS are Kabiru’s series of wearable eyewear sculpture which sit on the boundary between art, performance, fashion and design. Innovative pieces of art, each telling their own story and made from working with found objects from the artist’s immediate environment his work is inspired by the childhood memories of growing up in an area of Nairobi bordering Nairobi’s biggest rubbish dump. 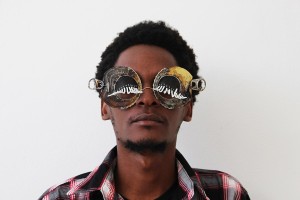 Kabiru has been creating his ‘spectacles’ since childhood when he started to produce toys for himself, and later for his class-mates often as a way of bartering his way through school work. His passion for ‘glasses” stems from his father’s phobia about them (in turn caused by the fact that the artist’s grandparents punished his father severely when, as a boy, he lost a pair of glasses that they had made huge sacrifices to provide him with). When the young Kabiru took to playing with sunglasses at home he was told by his father “if you want to survive in my house you will make your own glasses” .Taking him at his word the young boy embarked on what will almost certainly be a lifetime’s mission to create wearable eyewear sculpture out of “trash”. His father, bemused by the explosion of toy glasses, became an unwitting curator, decreeing that his son should “only make the glasses when there is a reason” by recreating again and again the object of his father’s pain and his grandparent’s hope Kabiru began to create a body of work that would have symbolic significance well beyond his own family story and become a metaphor for the power of creative transformation in both within Africa and worldwide. 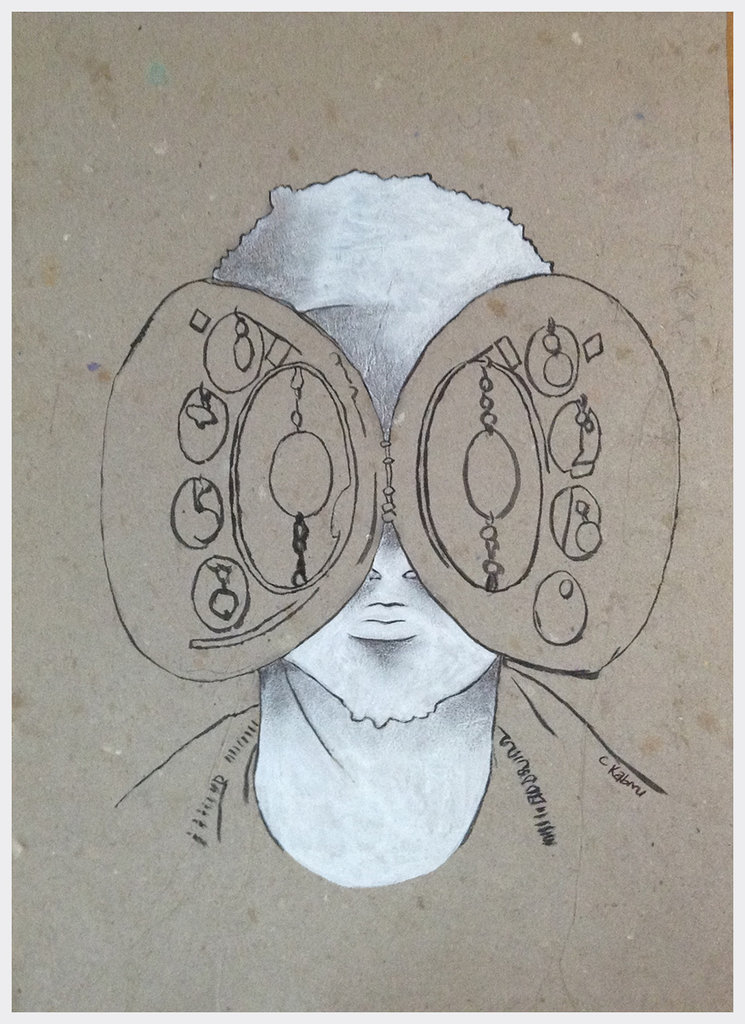 “I am a visual artist currently practicing in Nairobi, Kenya. I am a self taught painter and sculptor. My paintings are often humorous portrayals of contemporary living within Kenya. I adopt the role of a flâneur, the observer, explorer, and lounger using my paintings as the output for my experiences.
My sculptural work embodies my role as a “collector” of Nairobi cast offs. I fashion and refashion these waste, recycled, and found materials into various forms. Currently I is focusing on a series that depicts African nature using thousands of bottle caps sewn together. 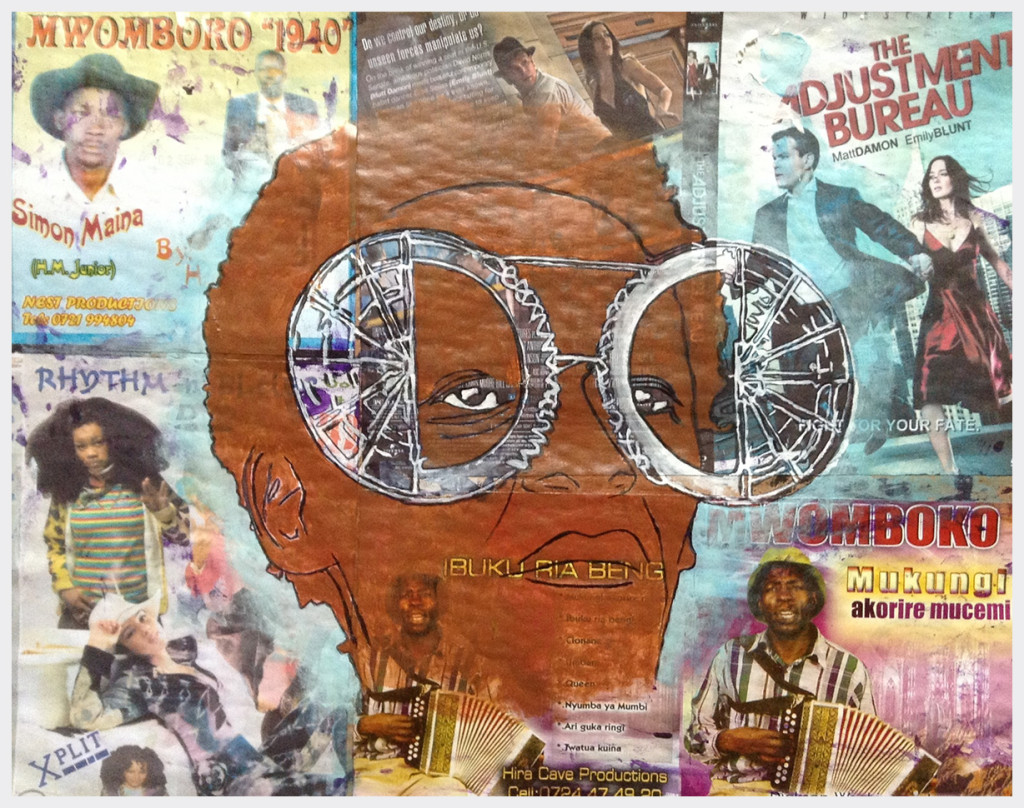 I am perhaps best known for my C-STUNNERS, an ongoing work which I create and wear artistic bifocals. The work sits itself between fashion, wearable art, performance, and one of a kind commodity objects. The C-STUNNERS have a certain energy and playfulness that really captures the sensibility and attitude of a youth generation in Nairobi. They portray the aspiration of popular culture bling; they reflect the ingenuity and resourcefulness of people; the lenses provide a new filter giving a fresh perspective onto the world that we live in transforming the wearer not only in appearance but in mind frame as well.” 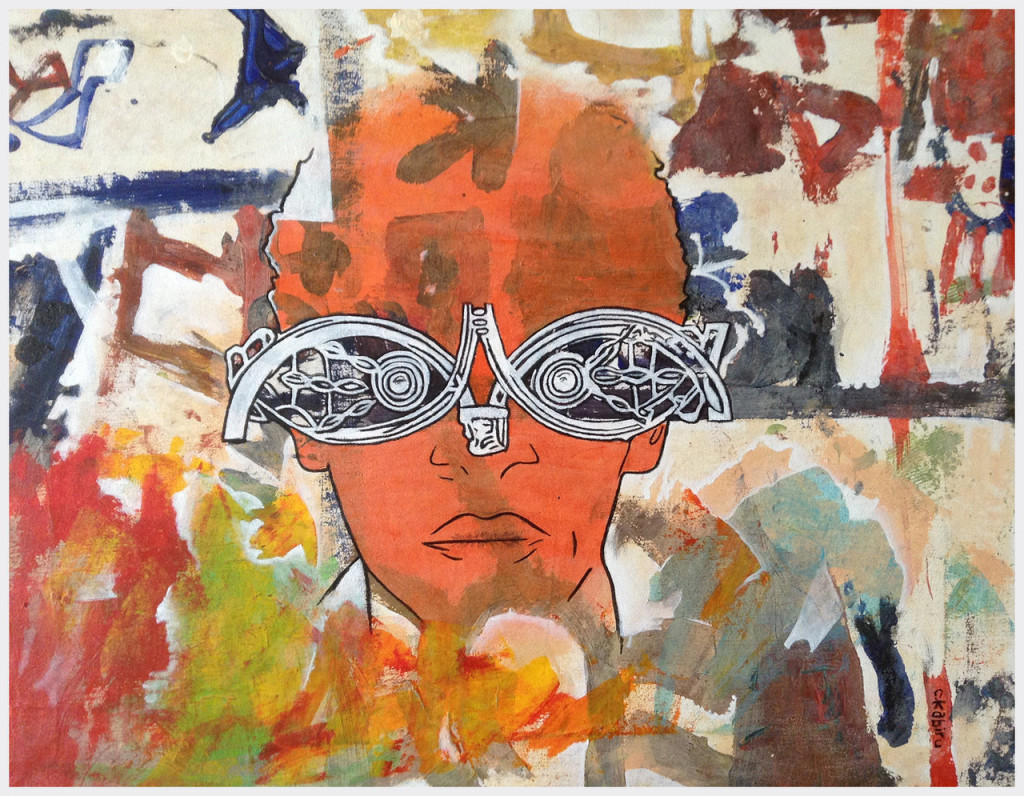