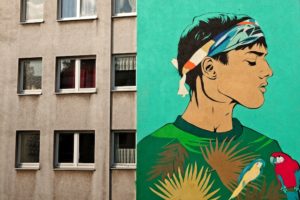 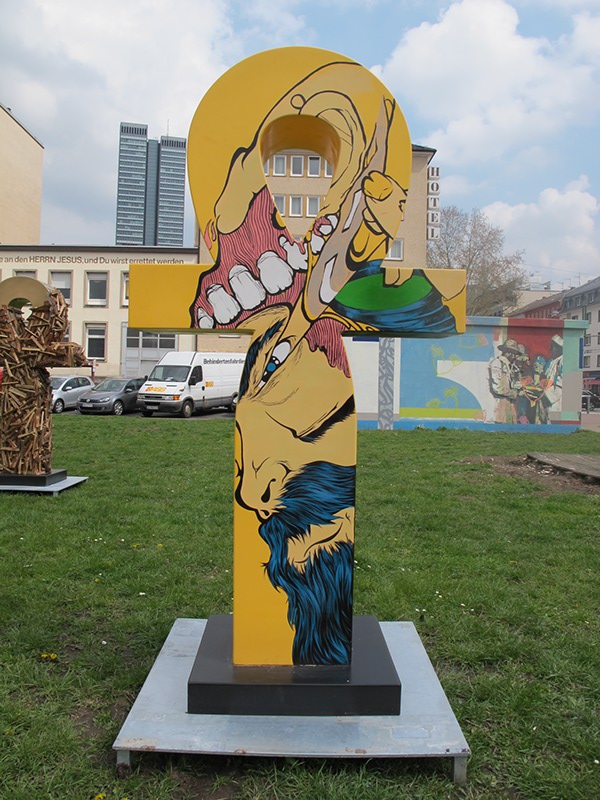 Aya Tarek (1990) has been creating street art since 2008, painting murals throughout Alexandria during her earlier years, in her own distinctive style. But street art was not strictly the original plan. Inspired by her grandfather initially, who was a graphic designer and painter of film posters in the 1960s, she studied art, but then found herself needing to move out of traditional outlets.

“I didn’t choose [street art] right away, I was just experimenting with everything; animation and comics. Comics mainly,” she tells us. She began her ventures into the art world by studying Fine Art at Alexandria University, but soon found that the conventional impositions of the academic setting ran counter to her own creative inclinations. 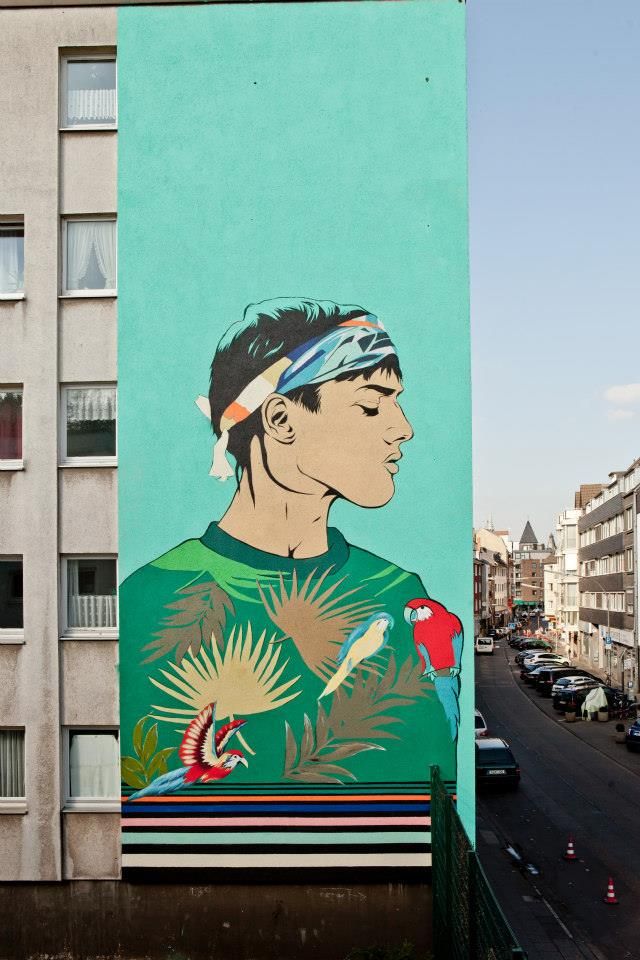 “There I had to study oil painting and nothing else. They bring you these objects, like an 2olla, and you have to draw this 2olla for four years. So I started getting bored, and the first year I went back to my grandfather’s place and cleaned it up, and I told my friends to come over, let’s experiment with stuff.” 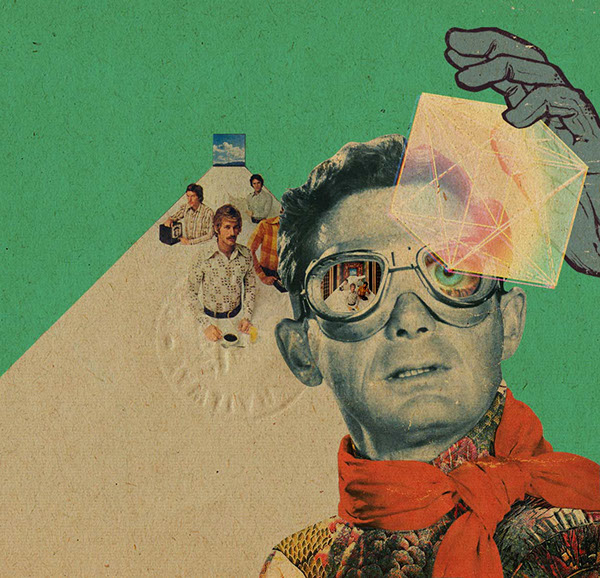 From there she went on to create street art on the winding roads of Alexandria, where she worked with friends on an almost clandestine basis, creating art in various places. Indeed, it is to the streets of Downtown Alexandria, where her grandfather’s studio was located, that she feels as though she owes her beginnings. (text Cairo Scene website) 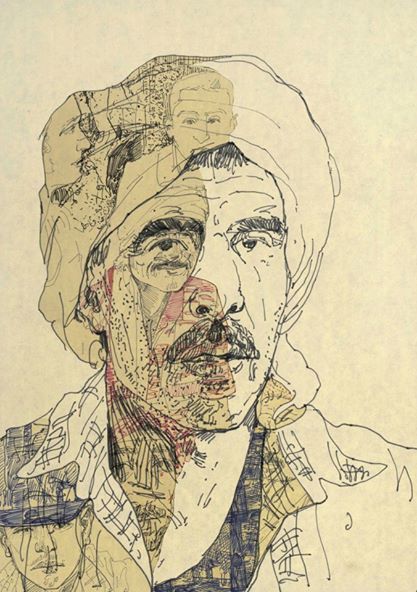