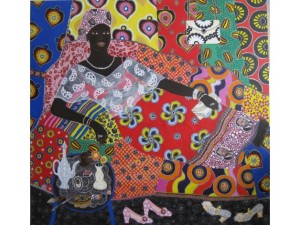 Work of Carla Kranendonk in:

Carla Kranendonk’s work is inspired by her travels in West Africa and the Caribbean. It is a tribute to the beauty, pride, tragedy, strength and humour of the African and Afro-American people. She tells their colourful stories with vibrant paints, combined with collage techniques using beads, fabrics and photographs. 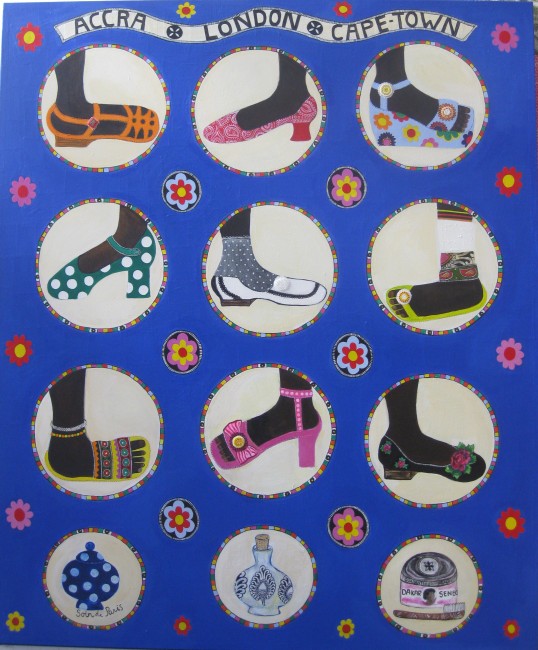 Born in 1961 in Steggerda, a very small village in the North of the Netherlands, she studied between 1984-1987 in Amsterdam at the Rijksacademie vanBeeldende Kunsten. She lives and works in the Dutch capital.

“Carla Kranendonk expresses her admiration for the black woman. She places her at the center in large collages. The black woman finds herself surrounded by pictures of black heroes – men – but she in no way gives the impression of being affected by this.” 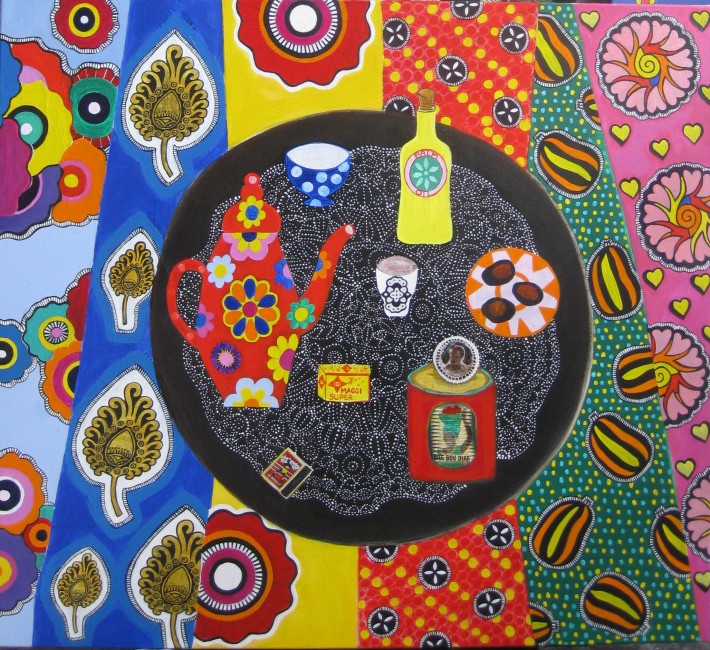 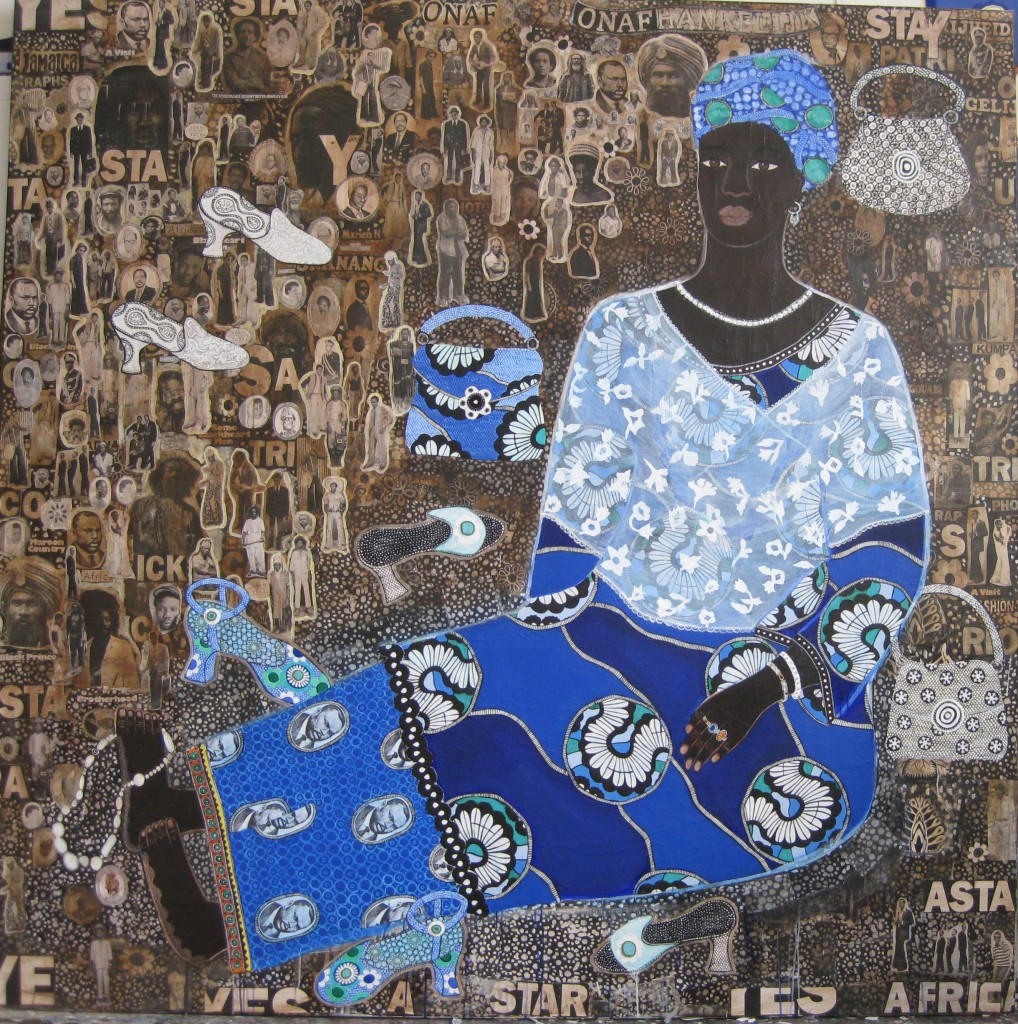