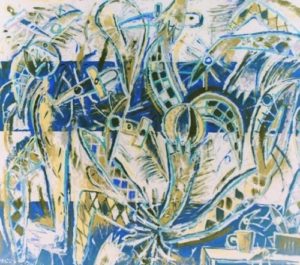 About:
“My work has been nourished by two currents—one, the Cuban, of drama and chaos; and two, the American, of rationality and structure,” Carlos Alfonzo remarked. ”Between these two currents my work grows”. 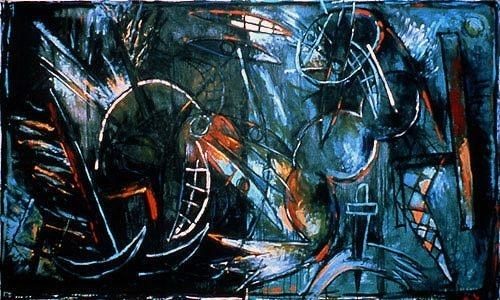 At the forefront of the Miami generation, following his arrival in the Mariel boatlift in 1980, Alfonzo tapped the cultural mythos of Cuban America in paintings and sculptures that plumb the depths of human suffering and alienation. Working in an allusive, expressionist idiom grounded in his experience of exile and subsequently of the AIDS epidemic, he developed a rich symbology gleaned from differing belief systems—Catholicism, Afro-Cuban Santería, the occult Rosicrucian order—and diffused through syncretic allegories of time and place. This work is one of a number of welded-steel sculptures that Alfonzo produced at GRAPA Steel in Miami between 1989 and 1990. Set on a concrete base, the sculpture combines two of his most recurrent and iconic motifs: the dagger-pierced tongue, a ward against the “evil eye” in Santería tradition; and the spiral, a universal symbol of creation and cosmic energy. 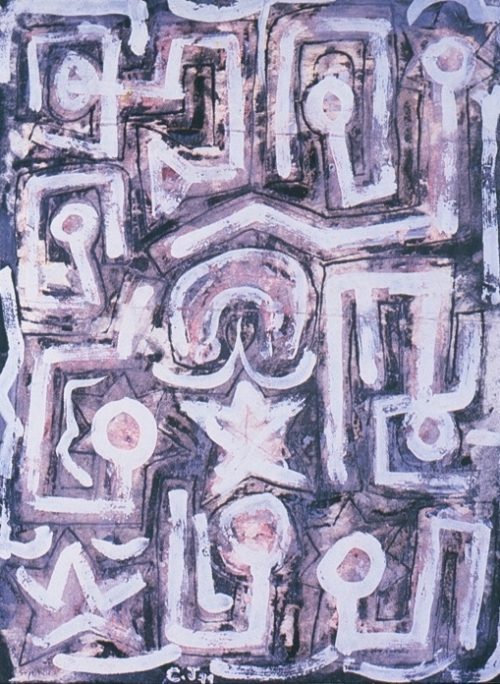 Like his contemporary series of steel Heads and his saturnine “black paintings” (1990-1991), Untitled dates from the last years of Alfonzo’s life, a time of profound spiritual and bodily reckoning as his illness took an increasingly heavy toll. A composite image of self-protection and transcendence, the sculpture renders these autobiographical and figurative traces through the abstraction of jagged steel, curved upward and revolving from the inside out. A somber meditation on mortality, Untitled registers the pangs of existential anguish and, suggestively, the promise of spiritual returns. Carlos Alfonzo was born in Cuba and graduated from the Academia Nacional de Bellas Artes San Alejandro in 1973 and the University of Havana in 1977. He assumed an active role in Cuba’s cultural and artistic community during the 1970s. His first solo exhibition, Como una vieja estampa (Havana: Galería Amelia Peláez) in 1976 took its name from a verse by Nicolás Guillén, the poet laureate of revolutionary Cuba. Lyrical and auspicious in kind, his early work on paper explored Afro-Cuban ritual and traditional iconography, its sentimentality countered by graphic ingenuity and experimentation. Although professionally successful, Alfonzo grew politically disaffected by the end of the decade, frustrated by travel restrictions and pervasive homophobia. 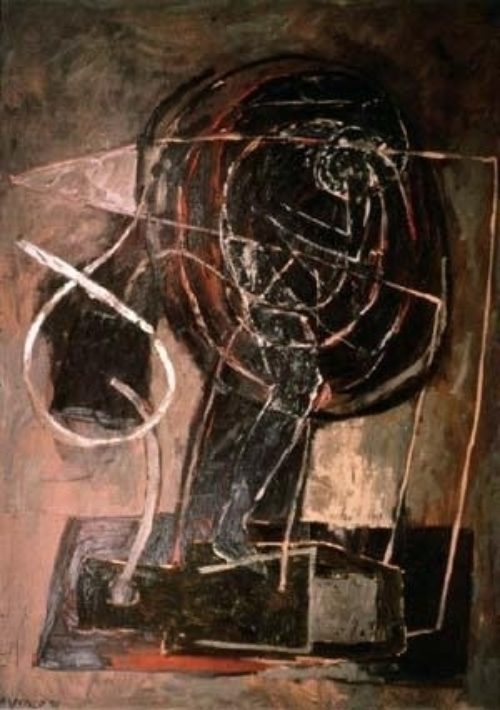 He left Cuba as part of the Mariel exodus and arrived in Miami in July 1980. The outstanding artist of the “Marielitos,” he came to prominence alongside a more broadly defined Miami generation, which included Ana Mendieta, María Brito, and César Trasobares, among others who came of age in exile. In 1982 Alfonzo traveled to New York, where he first encountered American abstract expressionism, and then spent a year in Los Angeles from 1983 to 1984, working sporadically. His return to Miami came amid a recommitment to painting, seen in his first solo exhibition in the United States, held at Galería Ocho at Miami-Dade Community College. 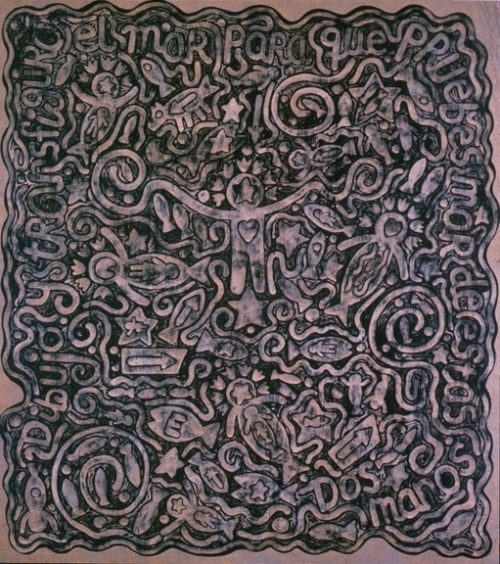 He received fellowships from the CINTAS Foundation (1983-1984) and the National Endowment for the Arts (1984). His ceramic-tile mural, Ceremony of the Tropics (Santa Clara Metrorail Station, 1985), celebrated the Afro-Cuban heritage of the southern Florida community, which embraced the darker, expressionist turn of his mature painting. The complexity of his religious and cosmic symbology, which encompassed Catholicism, Santería, and Rosicrucianism, can be seen in his major canvases—including Where Tears Can’t Stop (1986), Martyr (1987), and Gulfstream (1988)—and their visceral renderings of human violence and suffering. Alfonzo died of AIDS-related complications in Miami.(text website Art of the Americas)