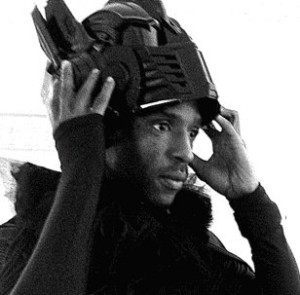 Charl Landvreugd presents the final works of his ‘Atlantic Transformerz’ video and photo project in groupshow Gallery Sanaa in Utrecht, from October 12 on.
They are developed and created in Senegal in 2014.

Atlantic Transformerz started in 2010 in Amsterdam and ‘travelled’ to New York and Moengo, Suriname.
In this project Landvreugd visualizes, in an aesthetic way, the African Diaspora on four continents. The mask – the image of Optimus Prime – connects the four versions. Past, present and future are represented.
‘Atlantic Transformerz: Ile de Ngo’ – video and photo – is made on the extreme Western tip of Africa and inspired by the ‘Wanderer above the Sea Fog’(1818) of Casper David Friedrich. Atlantic Transformerz: Dakar is photographed in the city. 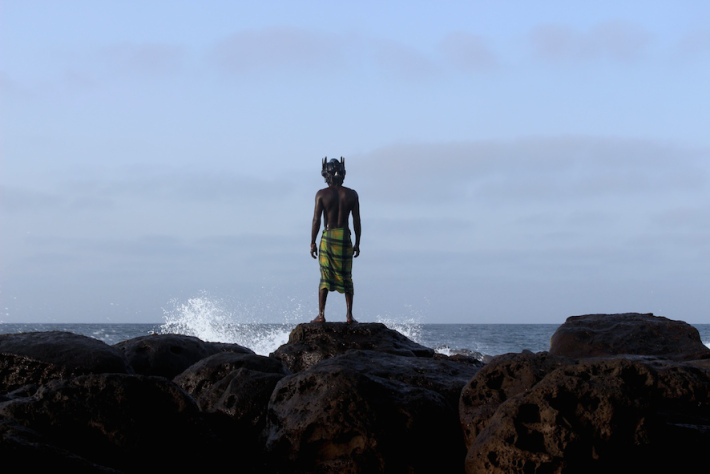 You are working a lot on black European aesthetics. Are you willing in your artworks to give a new meaning to this concept and to transcend it?

I am still in the midst of investigating what Black European aesthetics are really about.
One of my major conclusion for now is that as Afro-Europeans we have certain aesthetics liberties that for instance our Afro-American cousins do not have. (See Makonde Linde)
In my work I am very aware of the fact that I speak from a European position (e.g. born and raised in Europe). This means that my concerns are different from the Diaspora in other parts of the world.
I do not know if one should want to transcend the Blackness. I use it as a tool to speak of issues that are specific to Europe and the Caribbean. In its specificity it may or may not have ‘universal’ value. It is for others to judge if my work transcends any form of Black aesthetics. 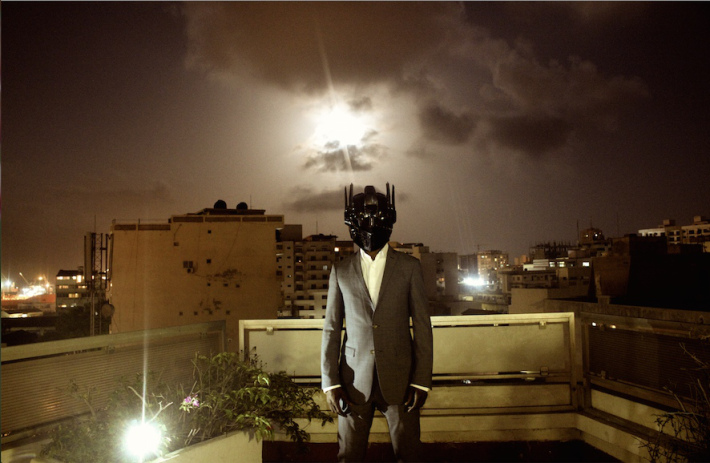 Thank you.
It came about during my BijlmAir residency which is a program run by the CBK Zuid Oost (Centre for Visual Arts) and SMBA (Stedelijk Museum Bureau Amsterdam) in Amsterdam. During that period the SMBA was doing a project called ‘Beter beeld van Afrika’ (Better view of Africa) and this became part of my residency assignment.
In the Bijlmer I was struck by the fact that the whole African Diaspora was represented in this one neighborhood of the city. I had only seen that in Brixton London and in Harlem New York and never realized it also existed in the Netherlands.
Being an advocate for people speaking for themselves, it was clear to me that doing an ‘anthropological’ investigation of the area was out of the question as I am not part of the community. So I decided to aestheticize the four continents around the Atlantic Ocean where the slave trade took place.
I wanted to show the diversity by using four completely different models. They are blackened as a way of reinterpreting what blackness means and how it came into existence. 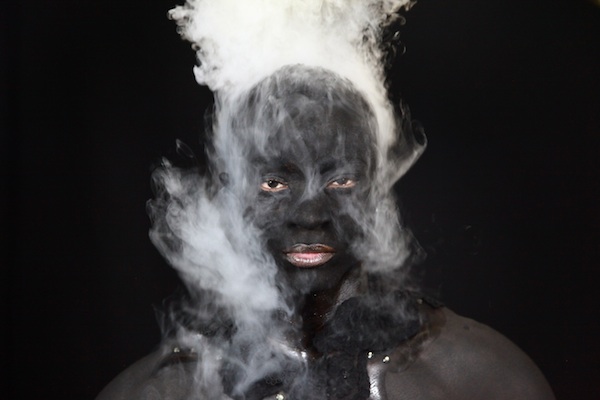 Is being a curator another crucial part of your work? What is interesting about those experiences?

My work is the combination of theory and practice. I am trying to investigate this Afro-European aesthetic from all different angles be it sculpture, video, photography, curating and writing.
All these creative processes produce new knowledge from which the research can continue. They are all crucial and I am sure new ways of investigation will present themselves in the future.
(quotes from interview with Landvreugd as published on Uprising-Art.com, June 2012. Landvreugs was interviewed by Clelia Coussonnet) 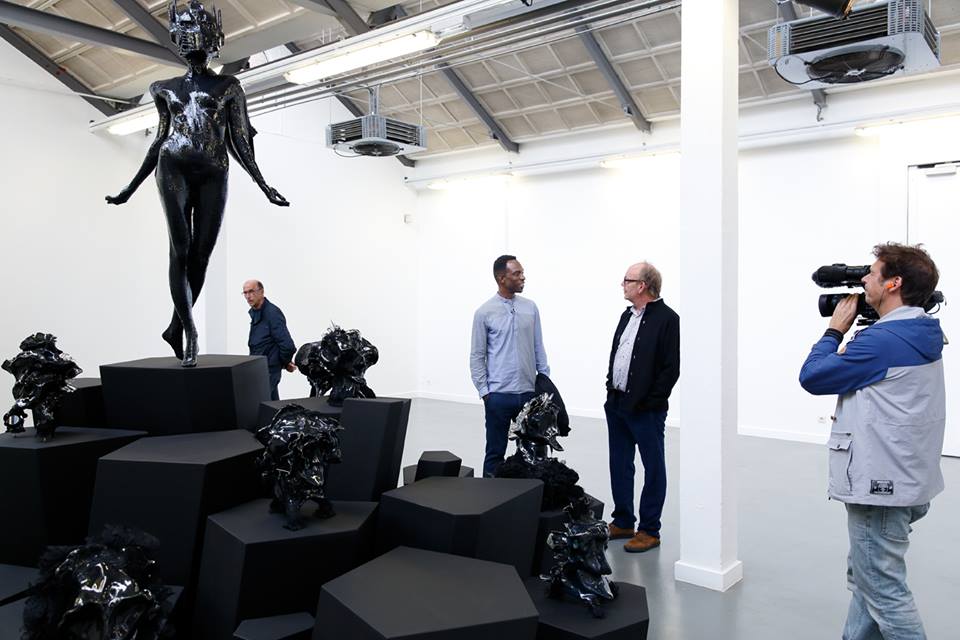 Charl Landvreugd studied Fine Art & History of Art (joined hons.) at Goldsmiths University in London. As a Fulbright Fellow he continued his studies in Modern Art: Critical and Curatorial Studies at Columbia University in New York. He has been awarded several scholarships and grants to develop his research into African Diaspora Aesthetics in Continental Europe.
Charl Landvreugd works as a visual artist, mainly in the fields of sculpture, performance, installation, and video, and he has experience as a curator and writer with several (inter)national publications to his name.
He has worked in Europe, the Caribbean, and the United States. Both theoretical and practical, his work is always looking for representations of the genesis of a new humankind. In a catchy visual language that mixes science fiction, futurism, kitsch and refined aesthetics, his work speaks about the possibility of colour losing its meaning and of creating an apolitical humanity.

In issue 45 of Small Axe Landvreugd will be featured.

Works of him are also exhibited now in Kunstvereniging Diepenheim, The Netherlands.