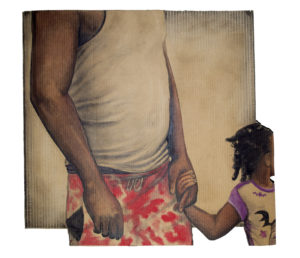 Race, gender and art have been complex topics to pursue but artists like Walker find this a vital opportunity to express their message, celebrate black masculinity and protest the lack of “accurate representation of black males in media…”

Christabel Johanson in conversation with the American artist Dareece Walker

During the unprecedented lockdown around the globe, the art world has had to adapt and change tactic like the host of other industries affected by the pandemic. Galleries and art spaces may have shut their doors over the last few months but this does not mean things have completely stopped.
Artist Dareece Walker has released his latest exhibition through an online platform. Entitled Black Fathers Matter, the digital showcase allows audiences to view his work from the comfort and safety of their homes. The work is said to “celebrate the courage and strength it takes to be a father, and represent real black men in everyday life.”

*
The exhibition is perhaps more poignant now than ever, as May 2020 saw a new wave of riots begin in America. Race, gender and art have been complex topics to pursue but artists like Walker find this a vital opportunity to express their message, celebrate black masculinity and protest the lack of “accurate representation of black males in media…” 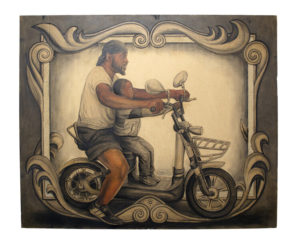 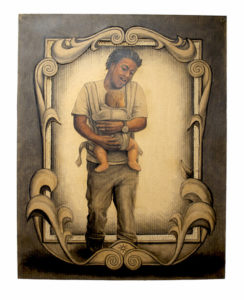 Images like the ones above are not the typical portrayal the media like to give black men. Walker has kept an authentic feel to the picture; the subject is an “everyman” in the way he looks, dresses and holds himself. He escorts his daughter on the subway and focuses the viewer’s understanding on how a responsible black father looks and acts. How does this challenge our own biases? What does it remind us about stereotyping? If the pram wasn’t in the picture, would we judge the man in a different way? I spoke with Walker to ponder these questions and more.

Tell us about the inspiration for Black Fathers Matter
I turned 30 years old recently and got engaged in the past year, which are accomplishments that led me to reflect on my position in life as a black man. I began asking myself, what does it mean to be a role model? I reflected on black male role models in my past, and my father had a low daily impact however, I had friends whose dads were actively involved in their lives and stayed married, so I knew there were real black fathers in the world. I don’t resent my father, but I do recognize that I am influenced by the Black American Dad stereotype. Turning 30 also meant I had survived in America this long without going to jail. I made this work because I wanted to see more positive images of Black men in America.

I noticed that most of your images are fathers with their daughters. Was this an intentional choice?
Interesting question. There are several reasons this happened but not entirely intentional. More of the images with girls had more interesting outfits and hair styles, which I believe show the diversity in black beauty. Black men are also looked at as tough and intimidating, so the gentle care expressed between a father and daughter can counteract those stereotypes.

What impact would you like the exhibition to have on your audience?
I hope that my audience gains a better perspective on the connection between how black men are portrayed in America, and how they are treated. I also hope that this online exhibition might reach an audience that doesn’t frequent museums or art galleries, to demonstrate how deeply rooted an artist’s connection to their work can be.

Why is this message important now?
In 2015 there were riots across the country in response to fatal stereotyping of BIPOC (Black, Indigenous, People of Color) and egregious police brutality with slim to no consequences for these officers. Now in 2020 the cycle has repeated itself, and the media will bombard us with images of black and brown people suffering and reacting in protests. It is hard as a person of color in America to maintain any grasp of self-esteem let alone equal rights, especially when your worth is being promoted on the news as a dead body. Now more than ever we need images of positivity, strength and nurturing. 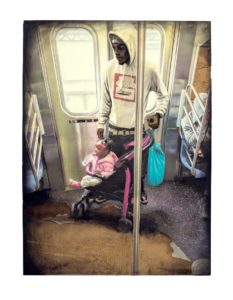 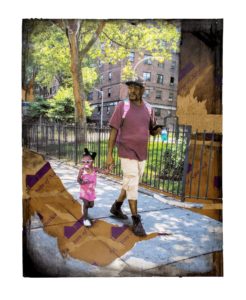 How do you feel this body of work fits into the ongoing narrative of black art in the modern world?
Black art has become more relevant now than ever before, and a lot of that has to do with access and visibility. This body of work captures real life moments of our times, and is a hybrid of drawing, photograph, and sculpture; which I believe is a good example of how mixed and collaborative modern society is now. My motivation to create work, including this series, is to make an image that doesn’t exist yet but should or hasn’t been articulated well enough visually when there should be an example.

What do you think about black art like this being called a fad?
I think that statement is ignorant to that fact that “black art” as a fad would only pertain to white audiences or outsiders whose lives may not be reflected or considered in the work. When a star explodes it creates nebulas and solar systems, meaning black art has arrived again and is making its own space to exist whether people like it or not.

What are your thoughts on the representation of black figures in media and art in particular?
Black artist aren’t in the history books. As much as we celebrate Picasso, the art world knows little to nothing about the African art that gave him the language we fell in love with. There is a famous American painting of Washington crossing the Delaware River. In the painting a free black man and leader sits right next to him who most don’t notice, never knew about, or were told he was a slave. The story isn’t told. Most often Black men in media are exaggerated, often spoken ill of, and pitted against each other. Some black owned entities are slowly making change happen. More POC’s (People of Color) are becoming curators, collectors, directors and artists, so black representation will only continue to grow. 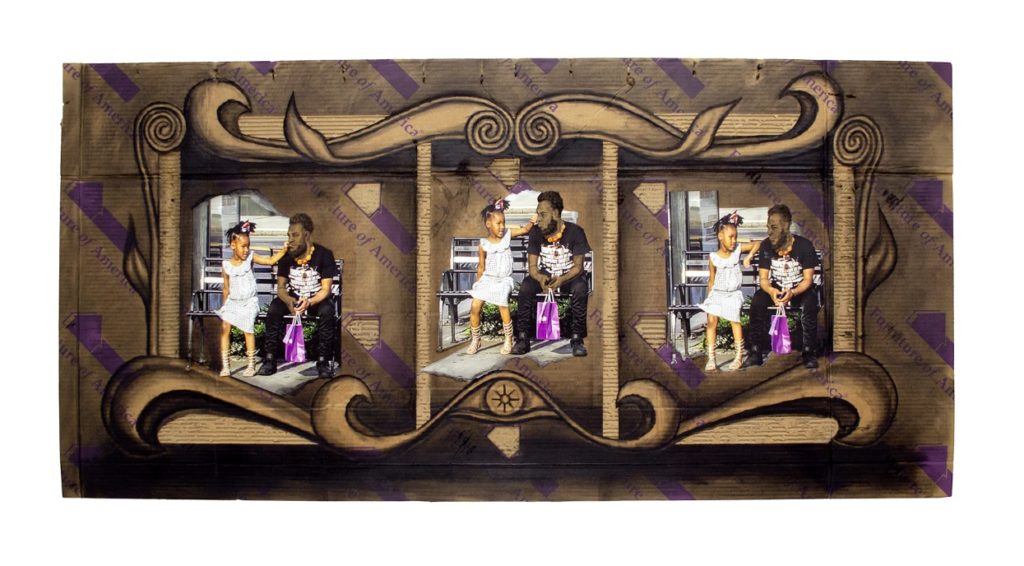 Where have you drawn inspiration from in the past?
Charles White’s charcoal drawings have a heavy influence on my style, and Kara Walker has been an influence for her courage to portray black narratives in what she describes as ‘imagined histories’.

How do you see the future of the art world in light of the current lockdown? Are digital platforms an innovative way for audiences to see work at a distance?
I think that the lockdown forced galleries to consider online platforms, and this pandemic highlighted web presence as a major weakness in the art world. Museums and galleries are now imagining better ways to present content digitally. I believe digital platforms are innovative for audiences to see the work at a distance but also to bring the artists closer. Remote artist’s talks and panel discussions would allow even more diverse programming and arts education. 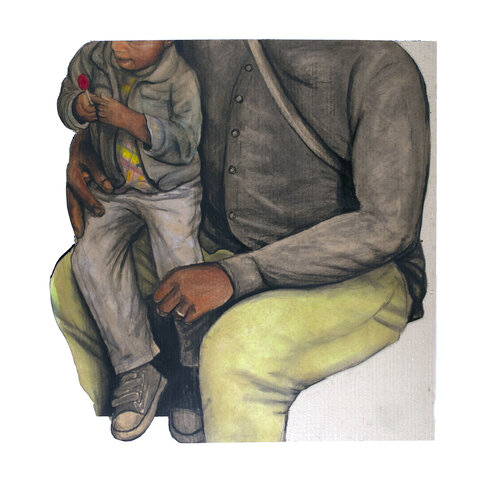 Finally, what are you working on next?
For the near future I will be focused on completing the third instalment of Black Fathers Matter, and focus on a new project communicating the depths of racism using religion and holy imagery.
From Walker’s perspective social justice isn’t just about challenging the brutality and oppression faced by the black community. It is about empowering individuals and re-writing a biased narrative. As a black man himself this narrative is all the more personal. It isn’t just a question of black lives, but also about how we value the quality of these lives. It is about how we value fatherhood itself and how positive role models can hark in that change.

*
In Walker’s words “A stereotype in America exists about black fathers not being present in the household. I see living examples every day that dispel that stereotype, which is refreshing to see and needs to be shared. To the men who were present in my life, this celebrates you…”

← PORTRAIT OF A FRIENSHIP 3 COUNTEE CULLEN AND HAROLD JACKMAN
Stary Mwaba: There is no interest in our wellbeing →