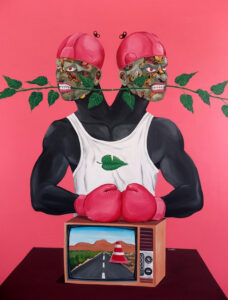 About:
As a tireless observer of social disorders, Dramane Diarra asserts the dehumanization of contemporary societies in a materialistic and corrupt world. Thus, the human mind is represented by a head composed of gears, the mechanics of thought no longer leaving room for reflection. His works translate the different forms of conditioning that blind us, whether cultural with the depreciation of traditional values and with the prevalence of religions from elsewhere, territorial with the imposition of new limits, or of the media with the domination of images in the public, domestic and intimate space. This oniric expression of situations invites us to become aware of our respective degree of conditioning and to fully regain control of our destinies together. 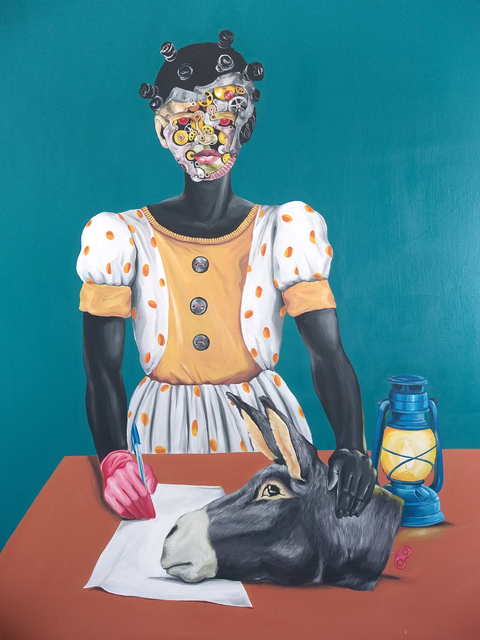 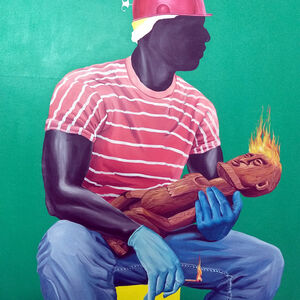 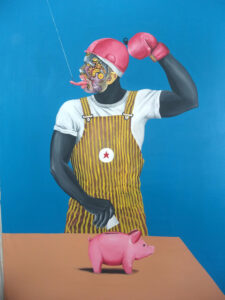 Born in 1998, Dramane Diarra lives and works in Bamako (Mali), he is a member of the Sanou’Arts collective. He exhibited at “Blabla Bamako”, in 2017 as part of the exhibition “koredougaw” (on a Malian spirituality) and as part of the workshop “Urban Utopias” organized by the Conservatory of Arts and Crafts Multimedia led by Toussaint Dembélé and Dany Leriche. The Villa Soudan welcomes him for his first solo exhibition “Framboise mécanique” in 2019. He also exhibited at the Villa Yirisuma in Ouagadougou (Burkina Faso) and at the Fabrik Culturelle in Abidjan in 2020. He regularly exhibits with the Sanou’Art collective, and most recently at the Espace Siff’Art, Bamako.