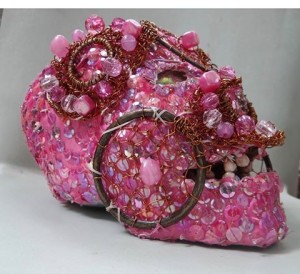 Dubreus Lherisson was born in Cap Haitian in 1971. He grew up however in Bel Air, in Port au Prince, “near (Vodoo priest and flag maker) Tibout’s house and temple. When he was fourteen, Lherisson joined his mother. He would hang out at Tibout’s temple, which bustled with activity…. Lherisson began participating in the atelier, which included flag making.” (see: “Spirits in Sequins: Vodoo Flags of Haiti” by Nancy Josephson.) 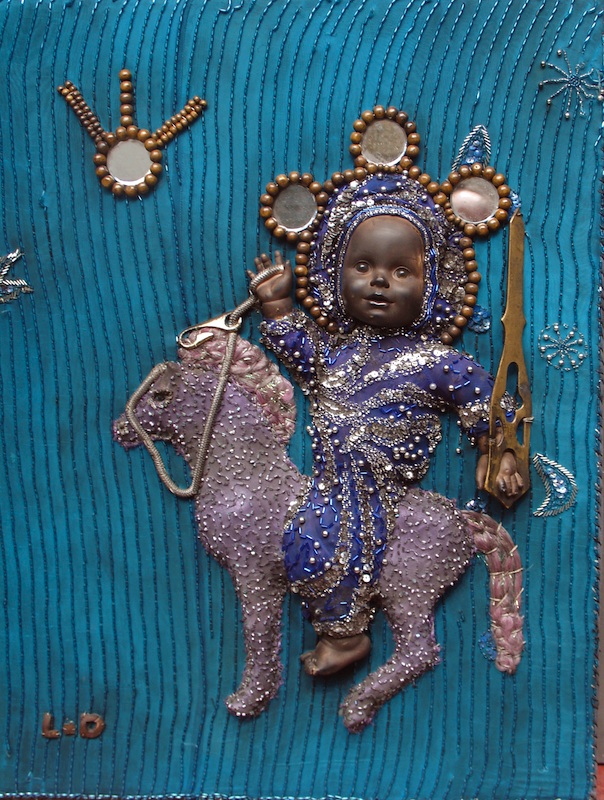 He decorates human skulls, bringing them to life for a second time. His decorating is very eccentric, almost as some sort of baroque. These skulls are often without a title, letting us guess at what they are or supposed to mean. Perhaps the artist himself is not completely aware. The material that he uses to decorate is true to the living environment of the citizens of Port au Prince: the sequins he uses to decorate his skulls is also used in Vodoo flags. 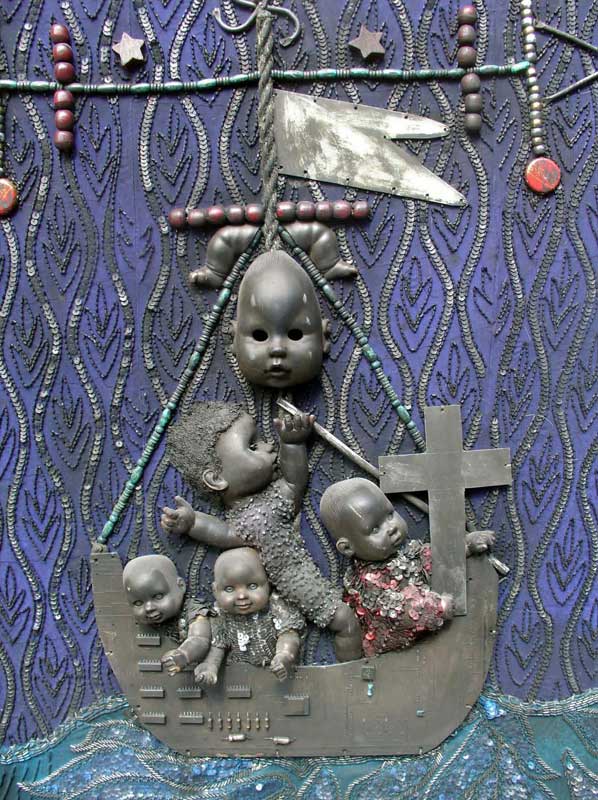 When his sculpture is entitled, it is often Vodoo sculpture. It is fascinating to compare his Vodoo sculpture with Vodoo painting; the painters of the same Vodoo spirits (Frantz Zephirin) that he sculpts offer them as much less raw as he sculpts them. He sculpts with found objects, offering spirits or gods that are hard to deceiver unless you are acquainted with Vodoo mythology. 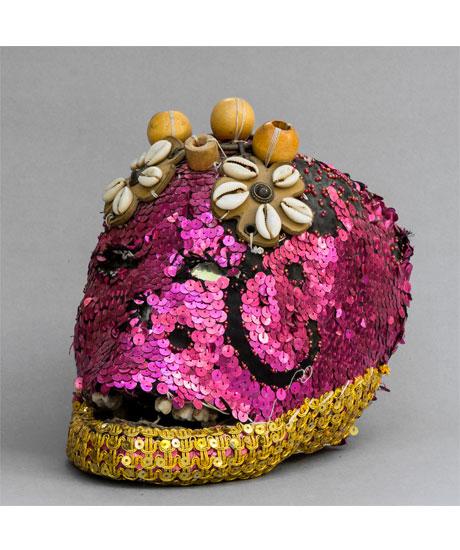 As they are, his art is not sacred. In Vodoo, Houngan believe that an object must stay out in the sun some and then in the rain some to gather some strength to become a sacred object.

What’s most important is that his art is post-kreyol, kreyol being the culture initiated by the French in their colonies in the Americas, and continued by Haitians after their independence. Kreyol culture is guided by the upper and middle classes of Haiti, classes that Dubreus is not from. Kreyol culture, in poetry, in music, hides the raw, the gothic, the ‘ugly.’ He, on the other hand, brings all of this to his audience, as the truth about Haitian society and especially Haitian imagination.