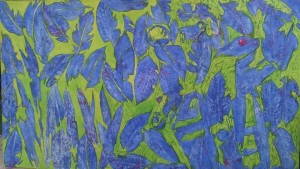 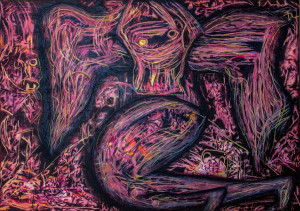 Sebastien Jean Born on March 17, 1980 in Thomassin (Haïti), Jean Sébastien lives and works in Haïti. In 2000, a visit to the exhibition of the artist Barbara Prézeau Stephenson gives birth to a new asthetic step in Sébastien’s work (…) « My work is inspired by crafts, particularly in the choice of the medium, sawdust, coffee grounds, sand. 2006 is an outstanding year ; his studio is destroyed by fire. Sébastien rescues from the fire what he is can, works it again, transfigures it and shows it at the Art Center of Jacmel. Then, with the support and the help of Mario Benjamin he shows his work at the French Institute of Port au Prince. The exhibition is a real success, his paintings where the black of the smoke mingles with colours are questionning and he gains the attention and the support of the Monnin Gallery in Petionville. In November 2010 he takes part in the exhibition « Caribbean Vibrations » at the Montparnasse Museum, then, some weeks later he is invited by the Egregore Gallery in Marmande where he shows his paintings and sculptures. From then on, his work becomes international. In April 2011, he takes part in a collective exhibition « Haïti Realm of this world », a tribute to Jean-Michel Basquiat and Edouard Glissant, showed in Paris by the Agnès b Foundation , then at the 54th Biennial event of Venice and finally in Miami. He also was in artistic residence at the Vieux Château. (Olivia Breleur, director of Maëlle galerie) 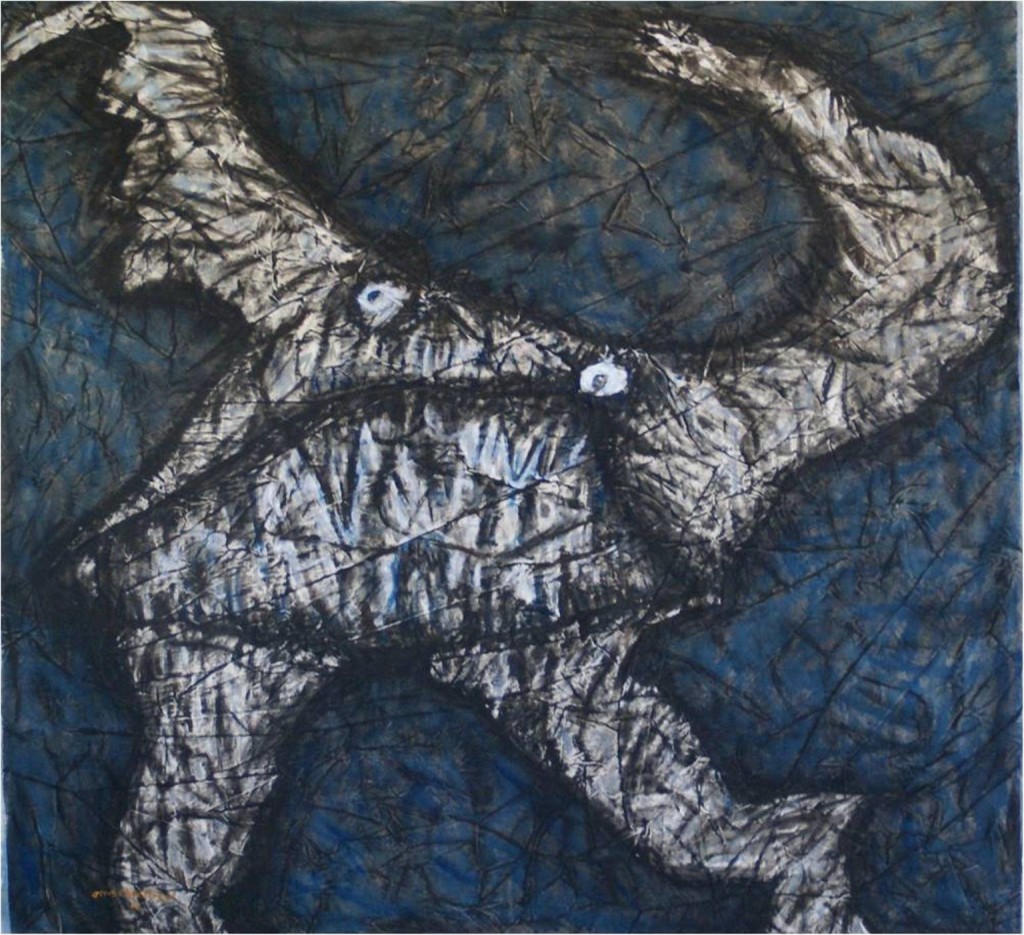 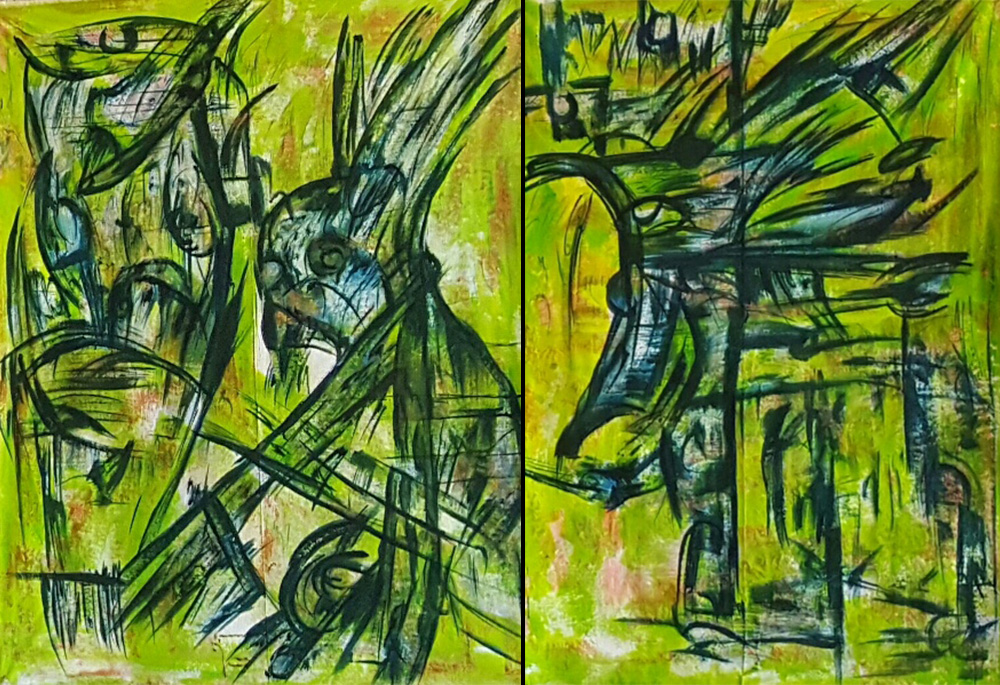 “As if he wanted to sound out two words, horror and disgust dear to his island, at first sight, Sébastien Jean gets involved in the singular bestiary of Haïti. That’s not new in itself. But what is striking nevertheless is that the painter opens up at the same time the inner side and the outer side of his figurative pieces. Indeed, if he is still attached to the shape, yet, he characterizes his bestiary a bit more, since, according to me, it is better to be attached to the inner part, enabling the autopsy, or better the semiology spreading the spontaneous signs of the thousand-year-old cultures that are part of all the Caribbean Islands.”(quote from article Alexande Cadet-Petit, 2015)