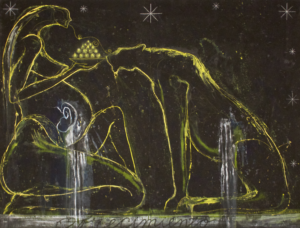 About:
Jose Bedia was born on January 13, 1959, in La Havana, Cuba, the city where he grew up and studied in the capital district of Luyanó in the municipality 10 de Octubre.
From an early age he excelled in drawing, comics and illustration, and as a teenager he joined the famous San Alejandro Academy. As a talented student, he developed the formal skills that he has been using during the course of his long and prolific career. A very well known drawing performed in these early years, somehow defined him: A perfectionist academic portrait, with an elongated style, portraying an Amerindian of the primitive tribes of the United States of America. In the portrait, the protagonist, an Indian figure riding a horse while shooting a gun is aiming backwards, as if turning his back towards the viewer (us). 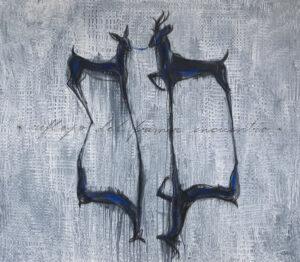 When the art teacher asked Bedia why he drew the Indian in such a manner, his response defined his rebellious dissident ideology. And he paraphrased: “Because I’m on his side, the enemy is on the other side, so you can totally trust me.”
After San Alejandro, he graduated with honors from the ISA , Instituto Superior de Arte de la Habana, Cuba 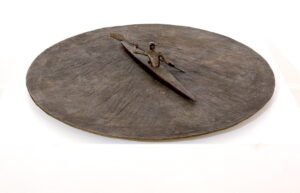 He was a pioneer of the radical transformation of Cuban Art that inaugurated the Exhibition Volumen 1, which Bedia was integral part of. His passion for the primal Amerindians complemented his anthropological studies on Afro-Transatlantic cultures, studying in depth the faith, believes and religion of the “La Regla Kongo” (in which he was initiated in 1983), the “ Regla de Ocha”, and the Leopard Society of Abakuas, among many others. 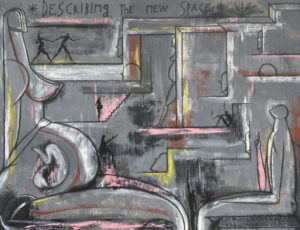 He traveled to Angola as part of the International Cultural Brigades who supported the struggle of the Angolan-Cuban War against Namibia and South Africa. This contact with the mother continent and the war increased his interest about the African roots of American culture. This interest took him to visit countries such as Peru, Mexico, Haiti, Dominican Rep., Puerto Rico, Zambia, Botswana, Kenya, and Tanzania. After residing in Mexico he moved to Miami Florida, where he currently lives.
This vast knowledge has marked his work and shows how this cultural heritage has influenced our actual daily lives. Thanks to this solid work, characterized by the mix of “storytelling” that he calls informative lessons about the cosmogonic Universes of the ancestral cultures and the influence in popular cultures, his work has been exhibited in La Habana, Sao Paulo, Venice and Beijing Biennales, where he has received awards and acclamation positioning him as one the most notorious and prestigious creators of art from the second half of the XX century to the present. 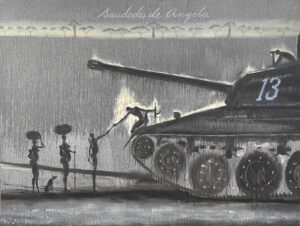