About:
He was born in 1997 in Maroua, in the extreme north of Cameroon. Since his childhood, his developed sense of observation has allowed him to approach life with a certain philosophy and a rare openness. Moustapha is already “a wise man”, a boy whose maturity equals the sympathy he exudes. After primary and secondary studies, his taste for drawing led him to work in a silkscreen workshop where he finally could develop the skills he had always dreamed of.

Supported by his entourage, he decided to focus on painting. In 2013, at the age of 17, he won the third prize in the visual arts at the Yawalta Maroua festival. This was an important distinction for him and the following year he joined the plastic arts club of the University of Maroua. This is when he decided to become an artist. 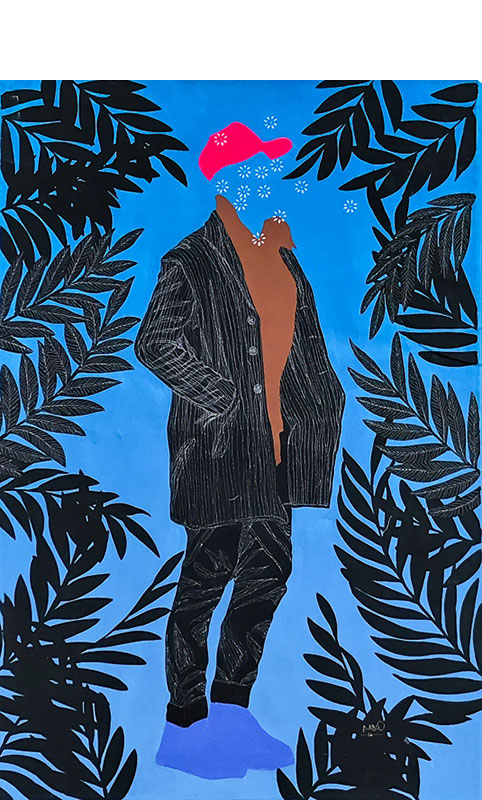 Today, Moustapha is a happy young artist entering a promising artistic career. Moustapha is inspired by his entourage and by his vision on the world, he is a conscious and humanist painter.
This humanism appears in his paintings and drawings as an attempt to relay what the forgotten and most vulnerable can’t express with words. Moustapha Baidi Oumarou is an artist to militate for a fairer and more open world. Like him, his painting is always positive and optimistic.(courtesy ODA and OOA gallery SA)