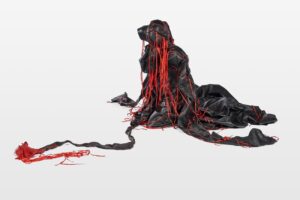 Nicholas Hlobo (b. 1975, Cape Town, South Africa; lives and works in Johannesburg) began his career around the end of apartheid in 1994, when there was a new sense of freedom and national pride in South Africa. With the eradication of legalized and enforced discrimination and segregation, Hlobo and his peers were empowered to openly voice their opinions and ideas under the protection of these new laws. Hlobo’s subtle commentary on the democratic realities of his home country and concerns with the changing international discourse of art remain at the core of his work. Using tactile materials such as ribbon, leather, wood, and rubber detritus that he melds and weaves together, Hlobo creates intricate two- and three-dimensional hybrid objects. Each material holds a particular association with cultural, gendered, sexual, or ethnic identity. Together, the works create a complex visual narrative that reflects the cultural dichotomies of Hlobo’s native South Africa as well as those that exist around the world. His evocative, anthropomorphic imagery and metaphorically charged materials elucidate the artist’s own multifaceted identity within the context of his South African heritage. 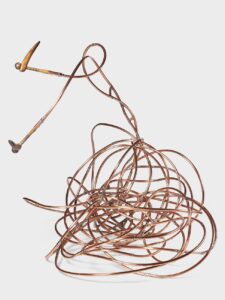 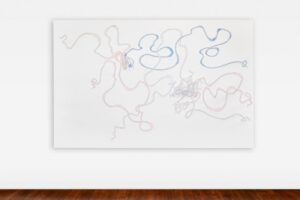 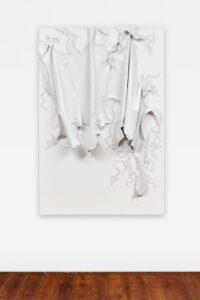 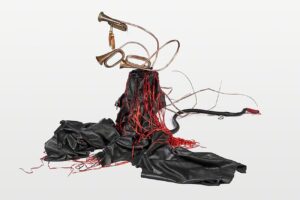