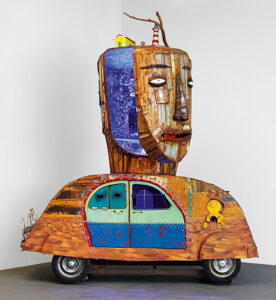 OSGEMEOS (b. 1974, São Paulo, Brazil; live and work in São Paulo), translated as “the twins” in Portuguese, is a collaborative art duo comprised of twin brothers Gustavo and Otavio Pandolfo. As children, the brothers developed a distinct way of playing and communicating through artistic language, but it was with the invasion of hip-hop, and the explosion of Brazilian culture during the 1980s that OSGEMEOS began to use art as a way of sharing their dynamic and magical universe with the public. Combining traditional, folkloric, and contemporary elements of Brazilian culture with graffiti, hip-hop, music, dreams and international youth culture, the artists have created an expansive body of work that includes murals, paintings, sculpture, site-specific installations, and video. They use a symbolic visual language often inspired by their dreams that, as twins, they claim to share. In addition to the use of bright colors and elaborate patterns, they are best known for their paintings that feature long-limbed yellow-skinned figures with thin outlines, enlarged faces, and simplified features. The yellow skin color indicates a universal figure, rather than a direct reference to a specific race or culture, which reflects the highly diverse population of Brazil and the world. The use of doors, canvas and mirrors, both literal—painting directly on discarded doors and incorporating reflective surfaces into their works—and as motifs, signal access to another realm or an entry point to the psyche, pulling viewers into their surreal and chimerical world. 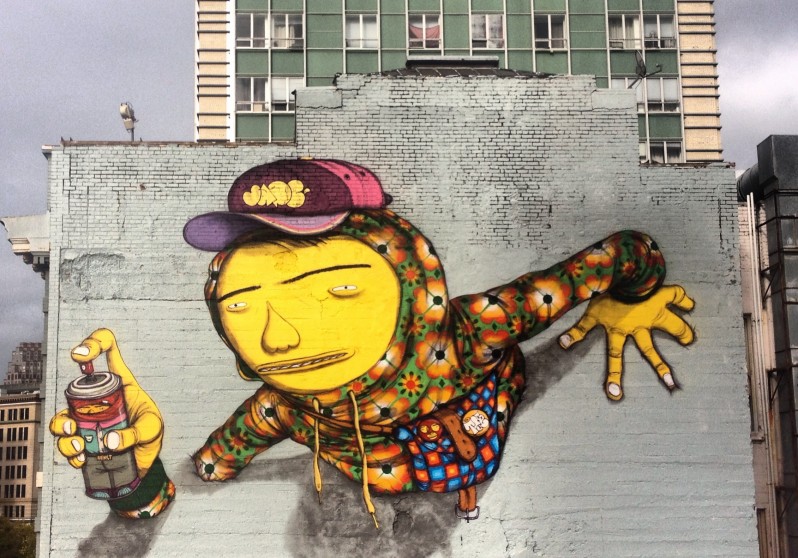 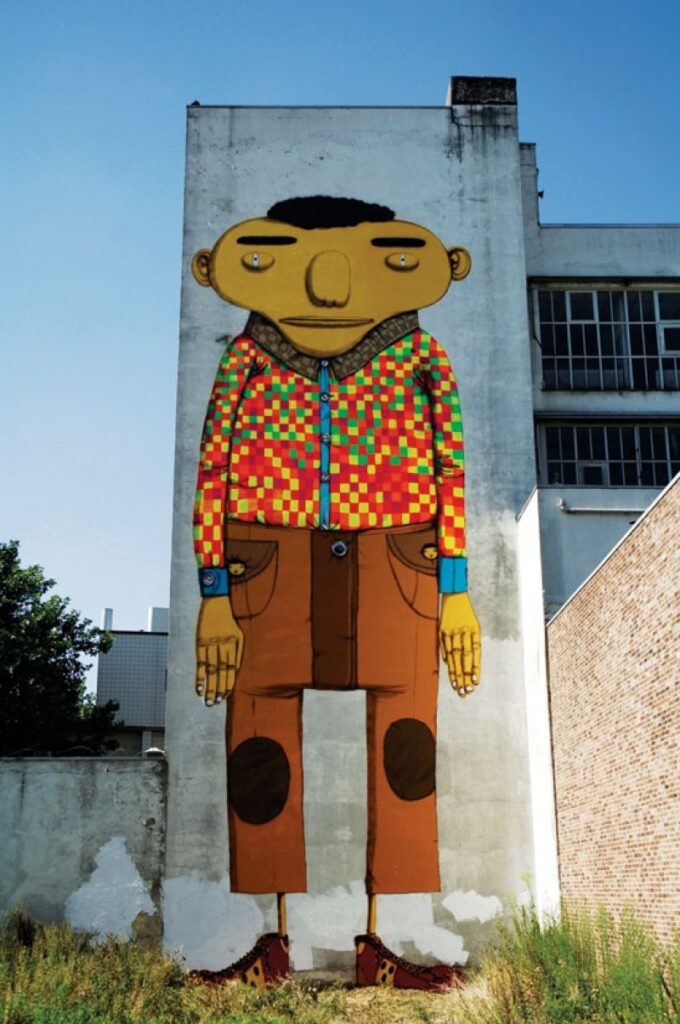 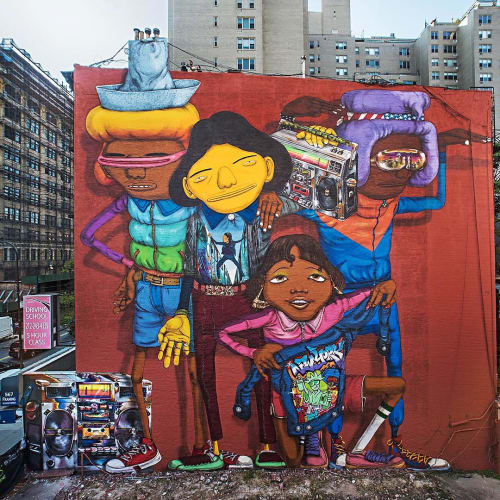 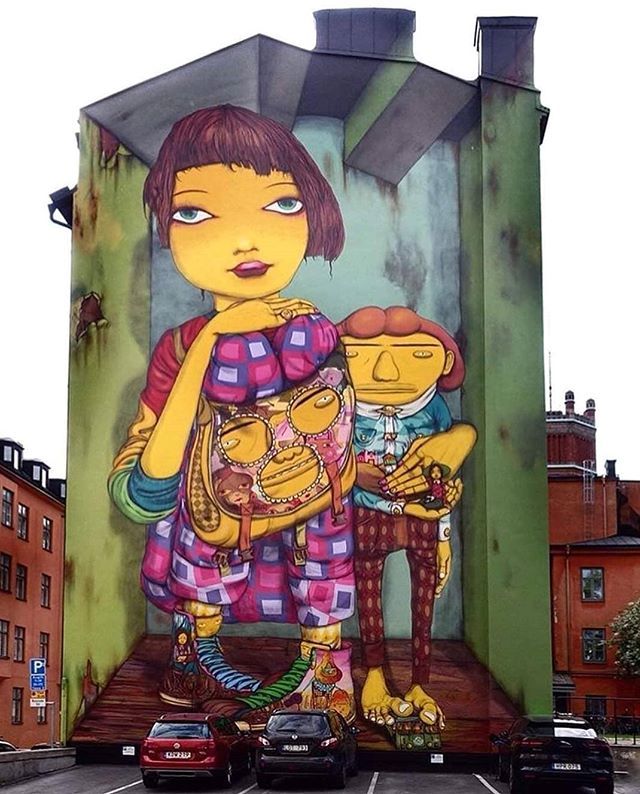 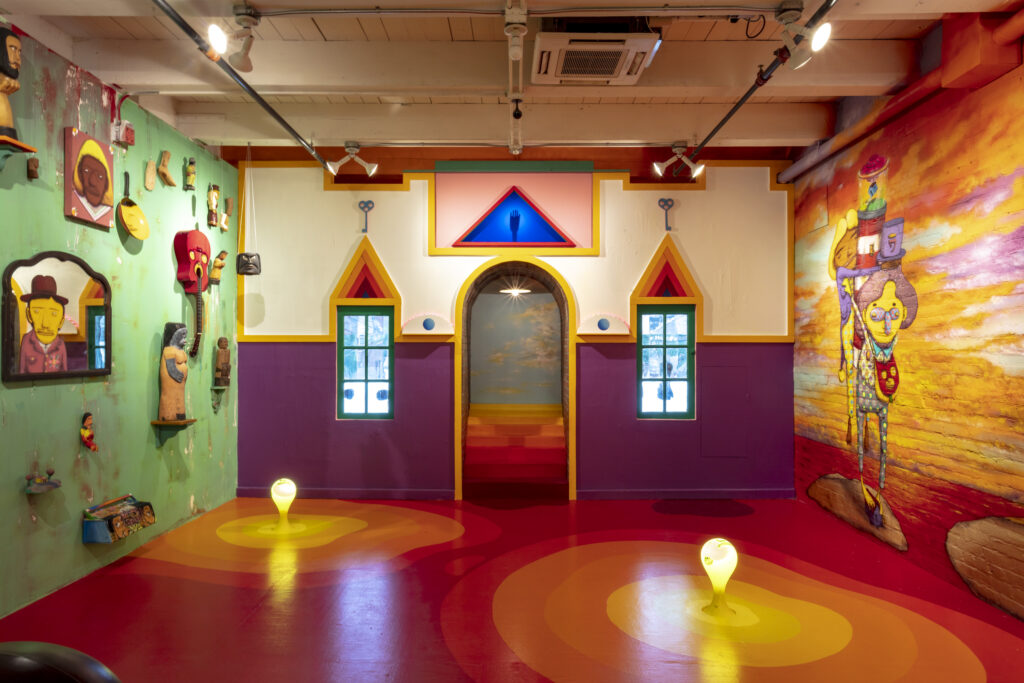