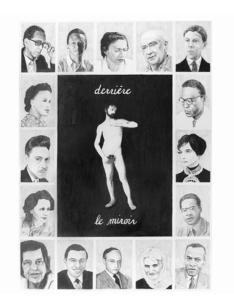 About exhibition and artist:

The Paula Cooper Gallery is pleased to present Invisible Surrealists, an exhibition of new work by Sam Durant. The show, on view from September 12 to October 18 at 521 West 21st Street, will include intricate graphite drawings alongside mixed-media sculpture.
Inspired by Robin D.G. Kelley’s essay, “Keepin’ it (Sur)real: Dreams of the Marvelous,” Durant’s new body of work revisits the history of Surrealism, casting light on lesser-known members of the movement from the Francophone colonies. Using iconic group photographs of the celebrated Paris-based founders of the movement like André Breton, Man Ray and Leon Trotsky, Durant alters the images, inserting a number of overlooked artists such as Wifredo Lam, René Ménil, Aimé and Suzanne Césaire, Jules Monnerot and Joyce Mansour. 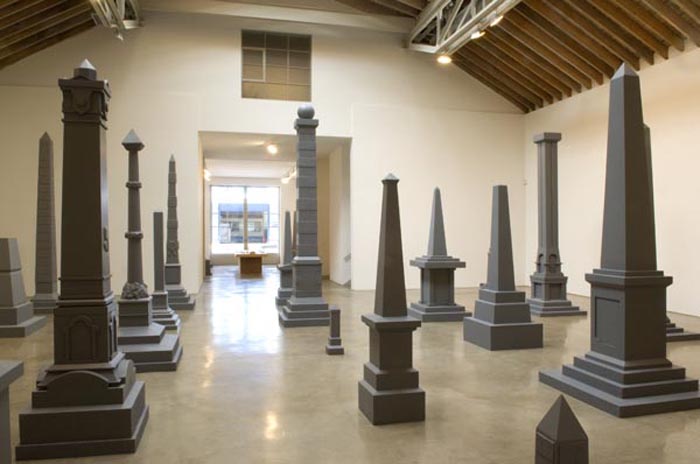 By revising the Eurocentric narrative and creating new archival imagery, Durant’s drawings question the photograph’s ability to represent history, exposing it instead as an instrument with which collective amnesia and repression are perpetuated.
Durant also seeks to renew the original spirit of Surrealism—oppositional, radical and revolutionary—which came about as a reaction to the cataclysm of World War I. Coinciding with the 100th anniversary of the beginning of the war, Invisible Surrealists explores the relationship between combat and art, especially through the phenomena of “Trench Art.” In one sculpture, Durant transforms heavy caliber shells into bells for a large wind chime, and in another, he assembles a collection of trench warfare objects on a stage-like platform, highlighting their sculptural qualities. 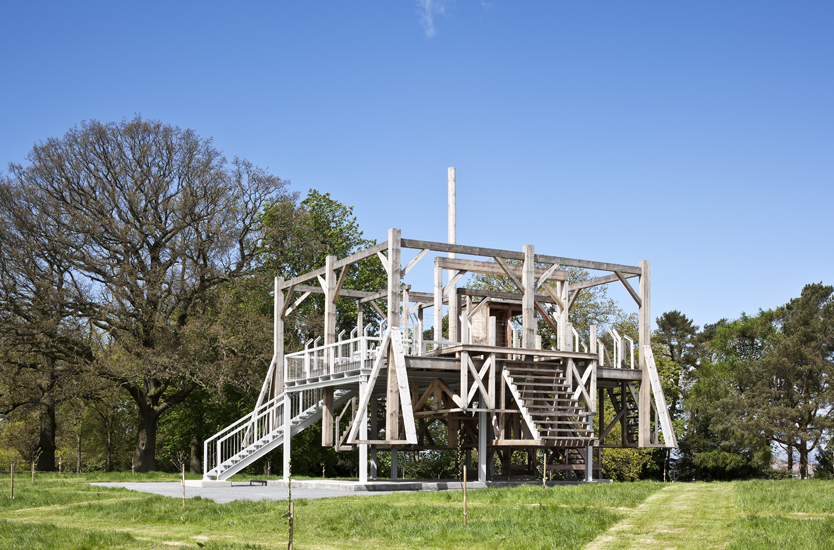 Durant’s method of intertwining historical and cultural events of the past and the present is a recurring theme within his work. He has focused on such pivotal periods as the civil-rights era, the 1968 student riots, and last century’s struggle between Native Americans and European settlers. Durant has been the subject of one-person exhibitions at the Museo d’arte contemporanea, Rome; the Getty Center, Los Angeles; the Wadsworth Atheneum Museum of Art, Hartford, CT; the Museum of Contemporary Art, Los Angeles; the Kunstverein Düsseldorf; the Walker Art Center, Minneapolis; and the Massachusetts College of Art, Boston. His most recent group exhibitions include dOCUMENTA (13), Kassel and See You In The Hague, Stroom den Haag, The Hague. He has participated in the 2004 Whitney Museum Biennial, New York; the 2002 Venice Biennale, Italy; and Out of Place: Contemporary Art and the Architectural Uncanny at the Museum of Contemporary Art, Chicago. Durant’s large-scale installation Proposal for White and Indian Dead Monument Transpositions, Washington, D.C. is on view at the Los Angeles County Museum of Art (August 3 – November 30, 2014) for the first time since entering the museum’s collection in 2013. Durant lives and works in Los Angeles.
For more information, please contact the gallery: (212) 255-1105; info@paulacoopergallery.com 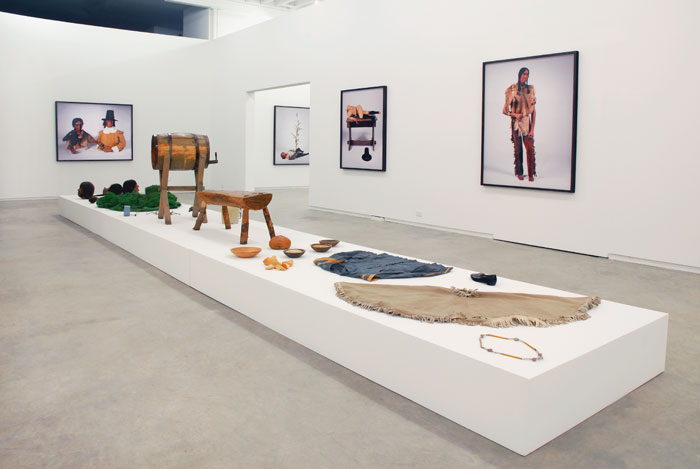 (fragment from an interview with Durant by Ashton Cooper as published on Blouin Artinfo, September 8)

Your new body of work at Paula Cooper shines a light on a number of overlooked Surrealists who were from the Francophone colonies. What sparked your interest in these artists?

Historian Robin D.G. Kelley’s work opened the door. In his introduction to poet Aimé Césaire’s famous essay “Discourse on Colonialism,” Kelley links Césaire’s work as a surrealist to the anti-colonial struggles erupting around the world, especially in the francophone colonies. Kelley also discusses Césaire’s influence on fellow countryman Frantz Fanon, who became a psychiatrist, eventually becoming head of the main psychiatric hospital in Algiers. In addition to becoming part of the Algerian struggle for independence, he is seen as a primary theorist of the psychological effects of imperialism. This made so much sense in terms of the surrealist’s focus on the unconscious and psychoanalysis.

In what ways did the practices of these artists change your conception of the movement?

Their practices were more overtly political, many were involved in national struggles for independence and racial justice. And this was always about total liberation, both individual and collective. The mid-20th century was a very dark period and yet these artists struggled for beauty and freedom, toward the marvelous, toward life force, eros. 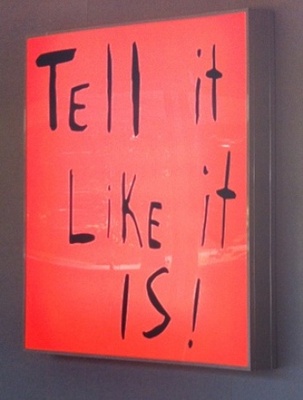 For this show you also use “trench warfare objects” such as artillery shells to construct wind chimes or lamps. What does it mean to turn these objects into art in the form of common household items?

The use of “Trench Art” functions as a reminder of the inextricable link between war and art, violence and culture. I made two sculptures which involve war material. One, a large wind chime, uses artillery shells as the bells, which might actually qualify the piece as Trench Art. The other work is a collection of various examples of Trench Art, which I accumulated over the past several years in my research. The artifacts represent a variety of different forms of Trench Art from different conflicts throughout the 20th century. They are arranged into a unified composition that is a cross between modernist and anthropological artifact display conventions. Trench Art as a recognized form developed during World War I as soldiers trapped in the trenches for weeks and months on end began to use what was at hand to make things: lighters, vases, ashtrays, little sculptures of tanks, animals, planes, people, and so forth. The tradition has carried on from WWI to WWII, Korea, Vietnam, Afghanistan, and on and on and on. I imagine there is Trench Art being made in Syria, Iraq, Libya, perhaps even in Gaza right now.