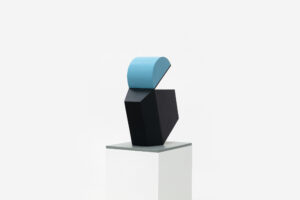 Nitegeka work is stylised and self-referential, he creates exhibitions in which space becomes political through its very structure.

Themba Tsotsi on the work of Serge Nitegeka

and the meaning of ‘black’

Artist Serge Nitegeka had a ninth solo exhibition at the Stevenson gallery. The artist continues to explore the resolution of creating spaces within and between the gallery. Nitegeka in past exhibition went as far as breaking walls in the exhibition space in order to connect rooms. The article will examine how truncating his sculptors has imbued the impact of the work with immediate depth and a narrative about the compartmentalized sculptors he produces as symbolic of diasporic and historic mechanism for examining how a construction of black is imbued with the ambiguity of internal and external connotations of a liminal space. 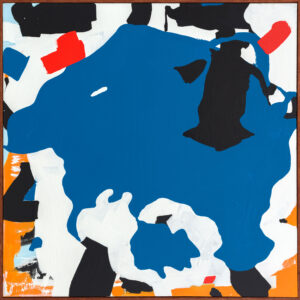 Nitegeka plays with the implications of temporary and historic notions of time and space. This way his collection becomes a conversation about the collapse and coalescence of the notion of black. The intangibility of time requires a container in order for its meaning to assume symbolic ambiguity of internal and external. The insubstantiality of history requires narratives that not only imbue a notion of the liminal but also convey agency. This is reflected in the “Liminal Cargo Series”. The series is an example of how Nitegeka work has evolved, but also an example of how truncating or making spaces smaller allows them to be imbued with narratives. The “Liminal Cargo Series” is comprised of five stylized small boxes placed on podiums. The finished in different shapes, half open or half closed at different places of their respective shapes. These box sculptors are characteristically big, placed on the floor with the word black incorporated in the title with impact of a freight container. In “Finding Black” they are imbued with narratives about content that is not just symbolic but also about what is transitional and liminal. 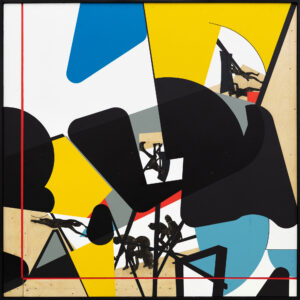 The piece “Displaced Peoples inSitu: Studio Study XII” is another example of narrative finding voice in the liminal spaces he creates. Since liminality is related to contained periods of time, the notion of black designates a historic moment and transition. Finished in Nitegeka primary colours aesthetic, with light blue black and white being prominent. The artist has also added small figures with the wood panel, small silhouettes in between the piece carved out to give shape, form and narrative to the abstraction. Nitegeka wall-based works are characterised by movement and flow, these figures give an impact of pronounced abstraction in the sense that, they are also finished with a truncated small measure. Nitegeka has created a narrative of movement, instead of moving walls he has implied movement through a sense of depth that wood panel can be imbued with. 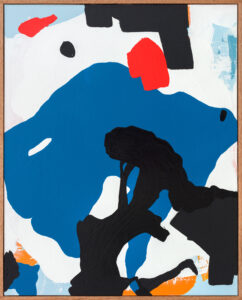 The piece “Finding Black V” is another wood acrylic and abstract work that speaks to how depth operates in the impact Nitegeka art works are finished with. Finished with large blotches of colour, blue, black white and red, the piece has the impact of layers of colors just like Nitegeka would strip a gallery wall to discover layers of space or ‘black’. The colours seemed to have been layer on each other in an intuitive abstract measure, continents of blotches creating a sense of depth. With Nitegeka liminal symbolism is frail, contained and subject to disintegra-tion. This in this exhibit’s notion was discernible in how works like “Finding Black V” have been imbued with measure of proximity that straddles the suggestion of movement and stasis.

This strategy not only speaks to how liminal spaces are political, historical and diasporic, but also the personal can be symbolised in the strategy of proximity that Nitegeka conception affects and the extent to which what is diasporic is both liminal and personal. This is embodied in the “Displace Peoples inSitu: Studio Study” series where black bodies are depicted labouring, what this does is render personal what is diasporic, it also allows the narrative of the diaspora to be etched to the personal space of the individual. Finding spaces between shapes on the canvass becomes a conversation about figures as the realisation of the potential for what is liminal to give form to ideas.

Nitegeka work is stylised and self-referential, he creates exhibitions in which space becomes political through its very structure. This allows for a discourse of liminalist possibilities within the space it also allows for the personal a measure of agency. Layers of depth, and their prox-imity are strategies that allowed the artist the freedom to create works that rely on abstract as an intuitive facility. This was echoed by the “Liminal Cargo Series” speaking a conception of black that has been rendered smaller in scale but imbued with a symbolic narrative. This strategy also echoed the artist previous shows, in this one the operation of symbolic layers to be truncated or made smaller enabled a diasporic and personal narrative.