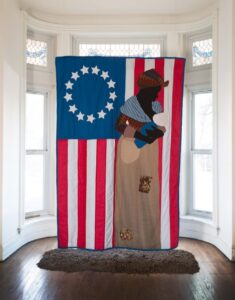 These story quilts narrate the life of Nat Turner and his 1831 slave rebellion.
Stephen Towns (Baltimore, MD) is a painter and fiber artist whose work explores how American history influences contemporary society. Towns received a Bachelor of Fine Art in painting from the University of South Carolina. His work has been exhibited locally and nationally, including solo exhibitions at the Baltimore Museum of Art, Goucher College, Galerie Myrtis, as well as group exhibitions at Arlington Art Center, Montpelier Arts Center, Star-Spangled Banner Flag House and Museum. His work has been featured in publications such as the New York Times, American Craft Council Magazine, and The Baltimore Sun. Towns was honored as the inaugural recipient of the 2016 Municipal Art Society of Baltimore Travel Prize and received a Greater Baltimore Cultural Alliance Rubys Artist Grant in 2015. In 2018, Towns was a semi-finalist for Sondheim Artscape Prize and awarded a MD State Arts Council’s Individual Artist Award. 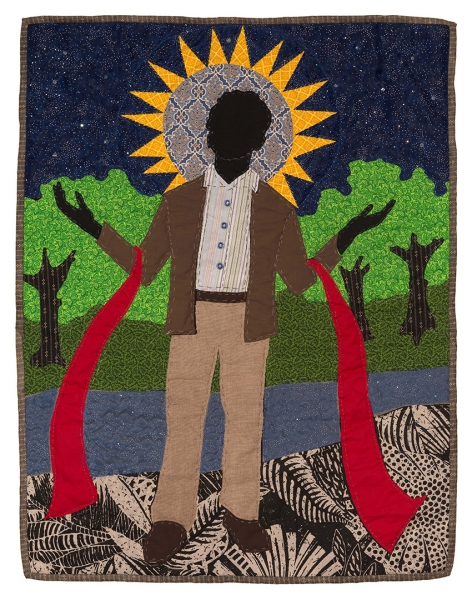 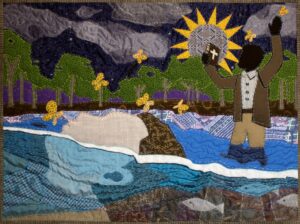 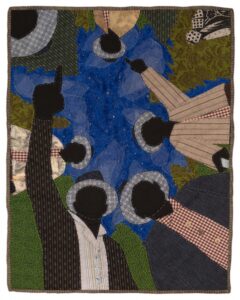 “All of my work is rooted in my growing up in the Deep South. My work is in direct response to issues permeating African American culture, issues such as loss of ancestral roots, slavery, class, education, skin tone and religion. I want to create beauty from the hardships in life.”–Stephen Towns