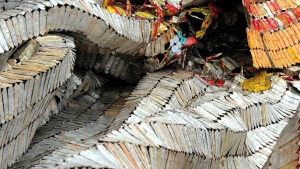 After a week of all kinds of art fairs, New York is looking back and reflecting on the results. Because the Armory 2016 decided to focus on Africa – ‘African Perspectives’ – African artists and African galleries got a lot of attention in the media. Is there more interest in contemporary African art? Is the African art market growing? Can we speak of a hype?

“Focus: African Perspectives has been a huge success for both the galleries and the artists,” commented Focus curators Julia Grosse and Yvette Mutumba. “The decision to concentrate on solo presentations made for a well-balanced, but still thrilling glimpse into the variety of contemporary art from African perspectives. Galleries made fantastic contacts and had great sales. The overall positive response has been overwhelming and we are thrilled to have partnered with The Armory Show.” 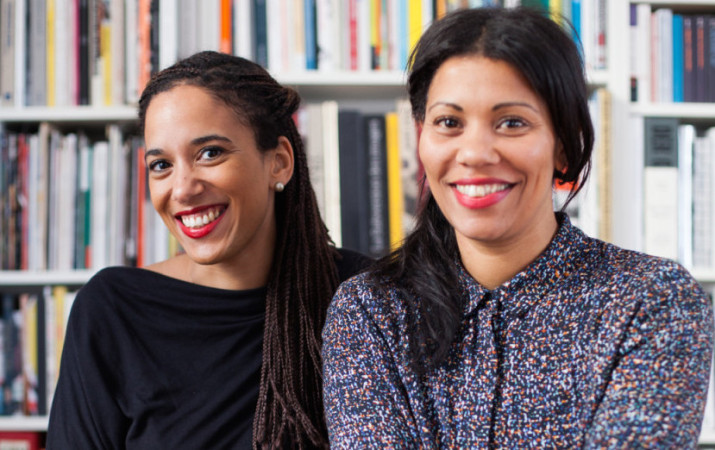 Gallery MOMO (Cape Town, Johannesburg) “Since the opening we have had a constant flow of people in the booth, From museums, curators, collectors, publishers, artists, we were able to make connections that will work with the gallery in the near future as well collaborating on projects in South Africa. The Armory was an overall success, across all levels, including connections and sales for the Gallery. One of the best things was the connections with museums and collectors directly involved on museum boards.” – Janine Steyn, Director

Stevenson Gallery (Cape Town) “We sold out our Zaneli Muholi editions and all the paintings we brought by Zimbabwean artist Portia Zhavavahera. Overall a strong fair for us.” Joost Bosland, Director.

These are quotes out of a press release of the New York Armory. Of course it is a press release and a text like that does not always cover the reality. The Armory also has to sell itself. However it cannot be far from the truth because already a couple of years one can see a growing interest for contemporary African art. The results of the Armory can be seen as a practical and financial outcome of that trend. 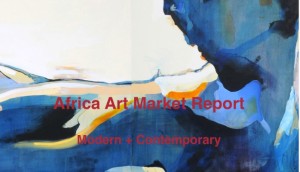 At the end of last year ‘Africa Art Market Report’ was published, a thorough report initiated and produced by Jean Philippe AKA, an art dealer and, in his own words, “seasoned observer of the art market”, living and working in Paris. The report did not get much attention.
The report “aims at identifying and analyzing 100 modern and contemporary African artists who can be considered as top investments, both from a historical point of view and from a pure market perspective. For each artist covered, our research describes qualitative and quantitative factors that help to understand how and why to collect modern & contemporary art from Africa.” 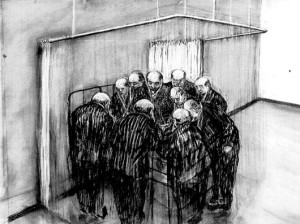 A couple of the conclusions illustrate the trend on the African art market: 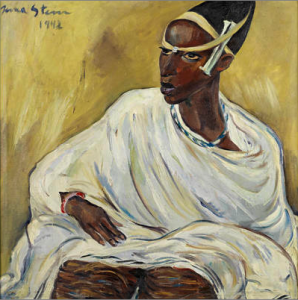 Some quotes out of the articles and interviews in this report:

“Although I think that this growth will be on a longer-term basis, there is a high level of speculation that this market is the ‘next big growth market’.” 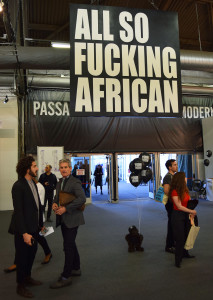 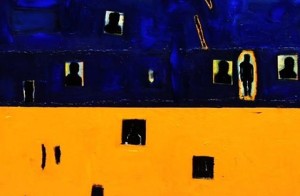 “The exhibition ‘Magiciens de la Terre’ was a fire starter for the market in the 1990s.” Sindika Dokolo, collector Angola.

“It was recently announced that the Nigerian economy became Africa’s largest economy and portions of the newly created wealth are being channelled towards purchasing contemporary art. This is evident from the 22% growth in art sales. ”
Fred Scott, Stephan Welz & Co, South-Africa 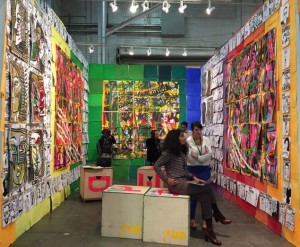 “Paradoxically, East Africa has less of an active art scene than the other regions of the continent, even though it is the homeland of several contemporary African artists who have gained global recognition including Julie Mehretu, Wangechi Mutu and Georges Lilanga.”

“Lagos has the highest density of galleries per square meter on the continent after South Africa.” 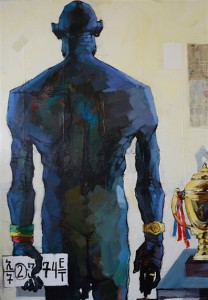 “Art patronage remains overwhelmingly expatriate in the region. (…) However, the situation is changing fast as more Africans, both individuals and businesses, begin
to seriously collect.”

“There is already a trickle down effect with many young artists being able to support themselves through their expression and being able to access the international market, which is certainly taking notice.”

If you want to read the whole report on the African market, you can download it on  http://ow.ly/XRRMr If you need more information about it, go to info@africartmarket.today

← What about ‘What about Africa’, the exhibition
Ajamu: queer photographer and activist →