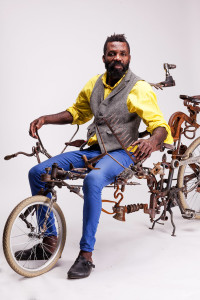 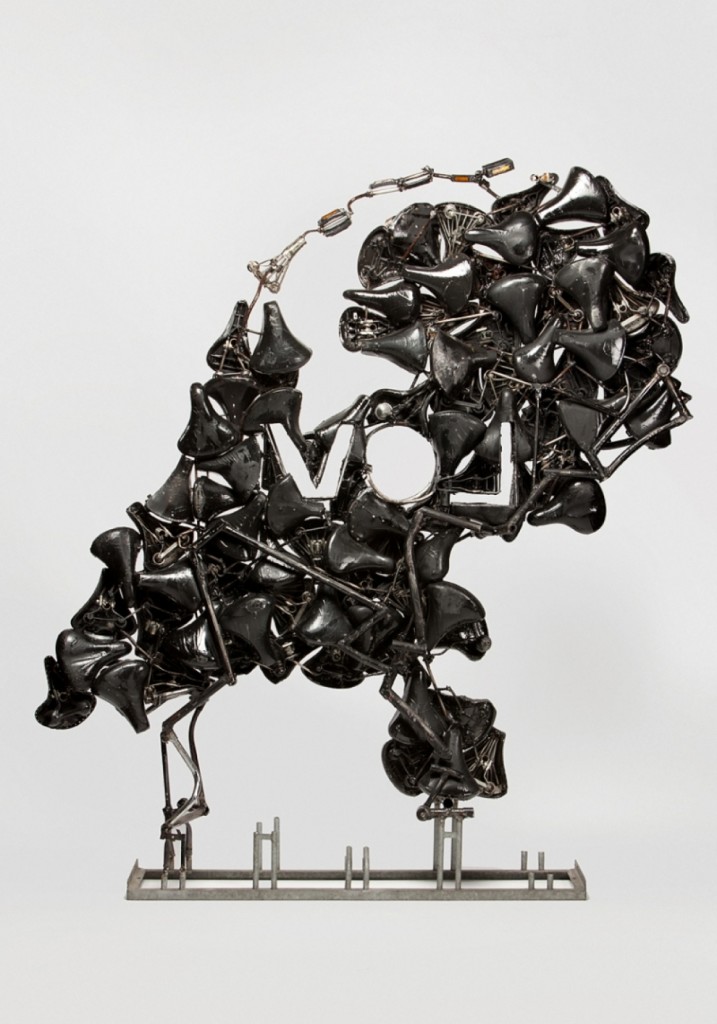 Earth connects past, present and future generations. Observing art can make a person feel happy for a moment The brain reacts to art the same way it does when one is in love; If you Look at a piece of art, then there is a lot of activity in the part of the brain relate to pleasure stimuli. Being Cameroon-born and living in The Netherlands: my past and present are in permanent dialogue- Being is a process of becoming. When does a person belong to a nation? What does identity mean? I Love My Land is an expression of my own integration-process towards becoming a Dutchman, a process which will never be completed. This sculpture has literally two sides: Seen from an insider’s perspective (i.e.Dutch), this work seems to be an iconic representation of Holland because of the use of bicycle saddles but at th same time, its recycling-aesthetics refer to my African roots. From an immigrant’s or outsider’s point of view, this work is a reminder of cultural differences and contrasts. 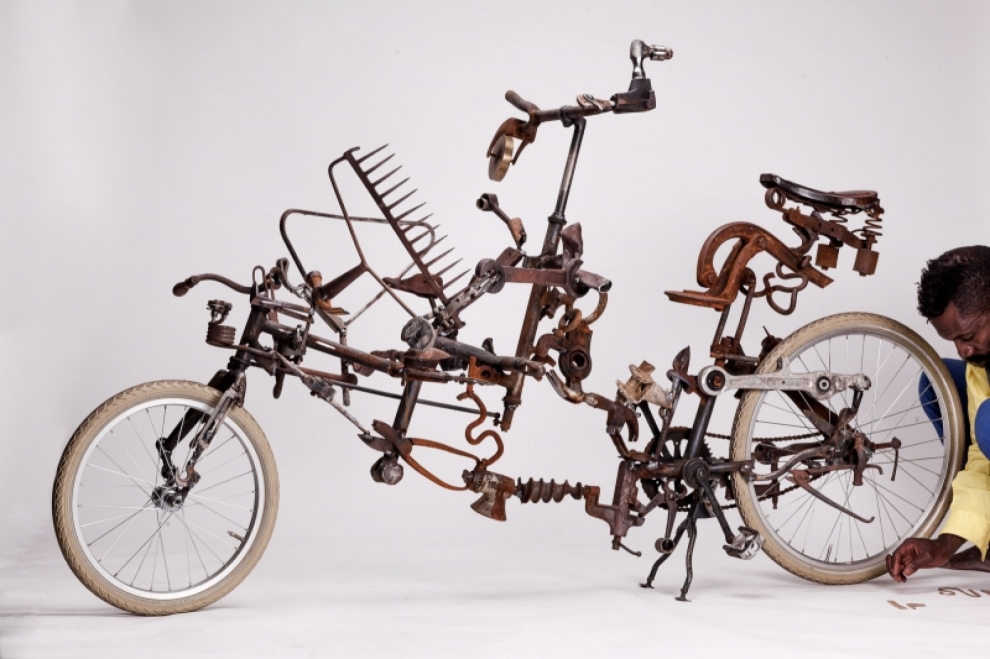 From the Future Nostalgia Series 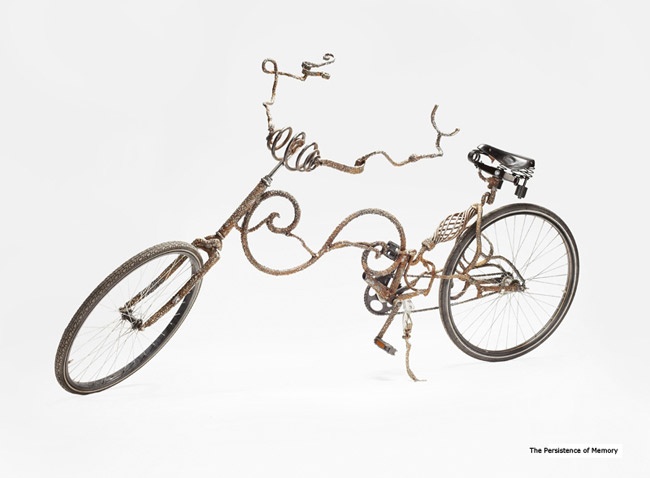 From the Future Nostalgia Series.

When he was little Victor Sonna played in the woods, picking up branches with which to build huts, or taking them home to build toys. Today Victor lives in Eindhoven, where abandoned bicycles are a part of the landscape, like the leaves on the sidewalk in the fall. 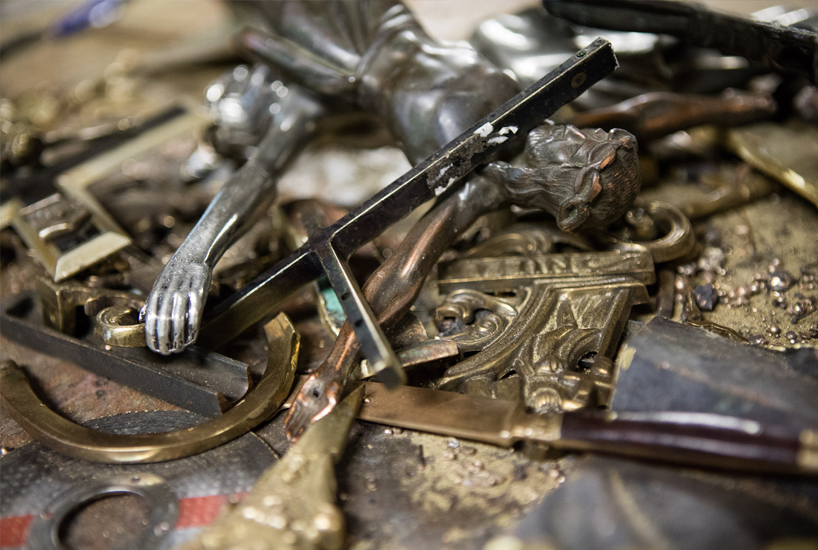 Material for his works.

Every once in a while these bicycles disappear, seized by the local authorities that destroy them because they ruin the image of the city. It’s inevitable, just like the naked trees in November.
According to designer Victor Sonna, innovation begins when we face an inevitable situation. Transforming something that already exists in one context and shifting it into another.
The abandoned bicycles Victor Sonna salvages are like leaves raked in from the street and transformed into compost, to make the land fertile. 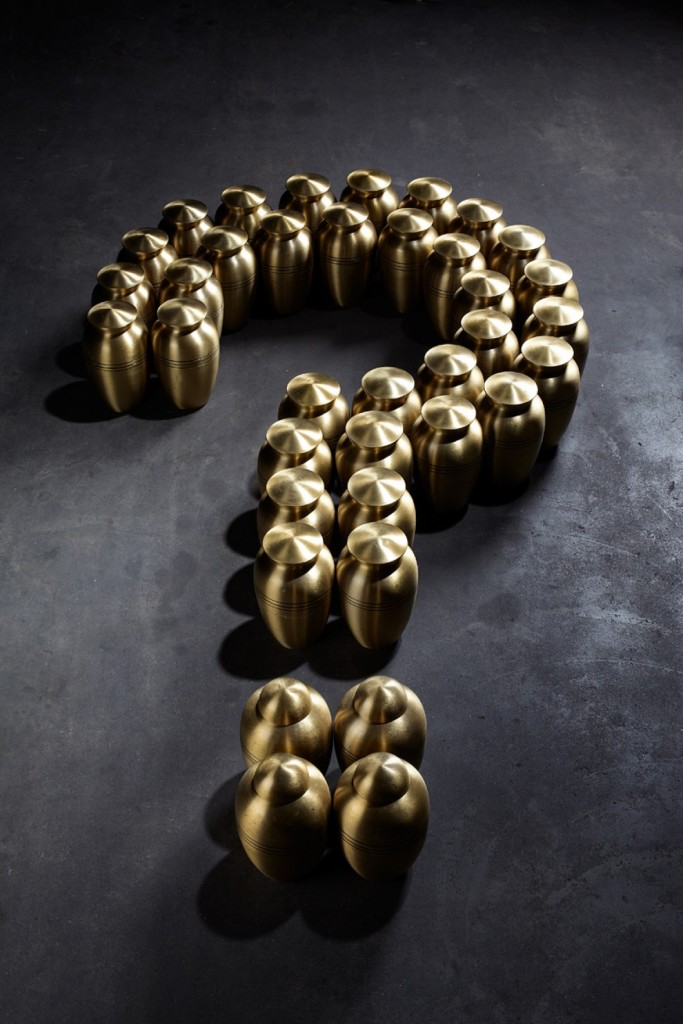 Now they’ve taken on new forms, unpredictable and intricate like the paths of someone crossing through a city without avoiding obstacles, but leaving error free rein. They’ve become tributes to great works of modern art, with all their human and beautiful complication