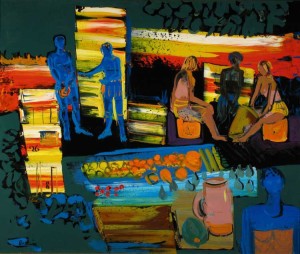 Walter Battiss was born in Somerset East to an English Methodist family in 1906, and became one of South Africa’s first and most important abstract painters. He first became interested in archaeology and primitive art as a young boy after moving to Koffiefontein in 1917, and drew and painted since childhood. In 1919 the Battiss family settled in Fauresmith where he completed his education, matriculating in 1923. In 1924 he became a clerk in the Magistrates Court in Rustenburg.
His formal art studies started in 1929 at the Wits Tech Art School (drawing and painting), followed by the Johannesburg Training College (a Teacher’s Diploma) and etching lessons. Battiss continued his studies while working as a magistrate’s clerk, and finally obtained his Bachelor’s Degree in Fine Arts at UNISA at the age of 35. 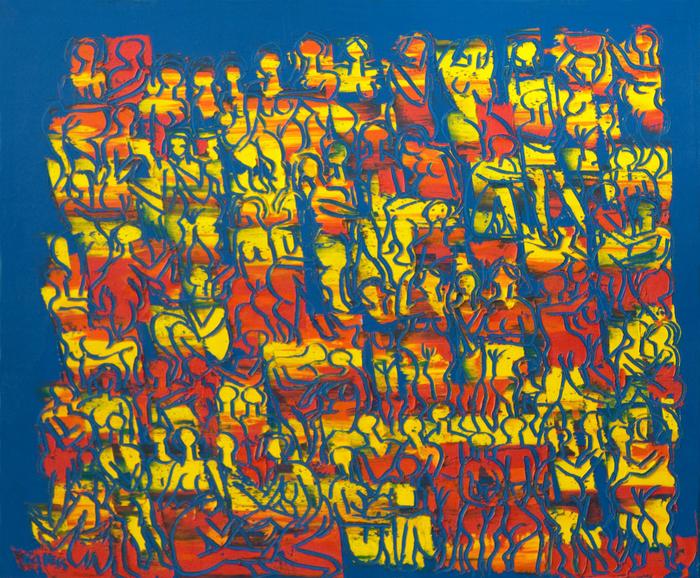 Battiss was a founding member of the New Group and was unique in that he had not studied overseas. In 1938 he visited Europe for the first time, and in 1939 he published his first book, ‘The Amazing Bushman’. His interest in primitive rock art had a very profound impact on his ideas and he regarded San painting as an important art form. He was also influenced by Ndebele beadwork, pre-Islamic cultures and calligraphy. 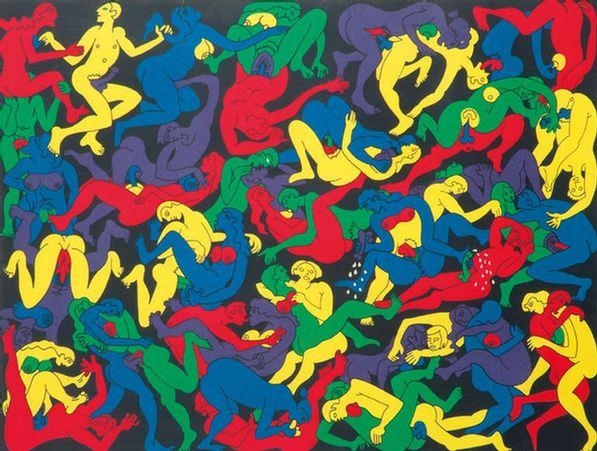 He visited Greece in 1966-1968 and the Seychelles in 1972, which inspired his make-believe ‘Fook Island’, a dream wold for which he created a map, imaginary people, plants and animals. He even created a history. 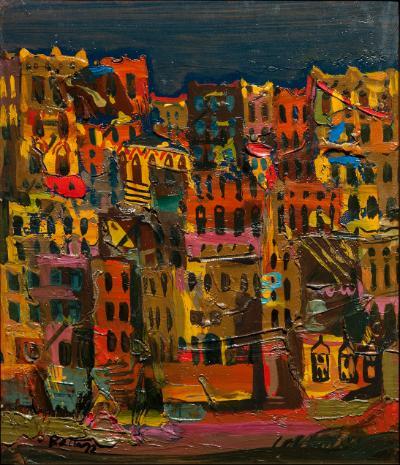 Battiss published nine books, wrote many articles and founded the periodical De Arte. He taught Pretoria Boys’ High School students for 30 years at the Pretoria Art Centre, of which was the principle from 1953-58. 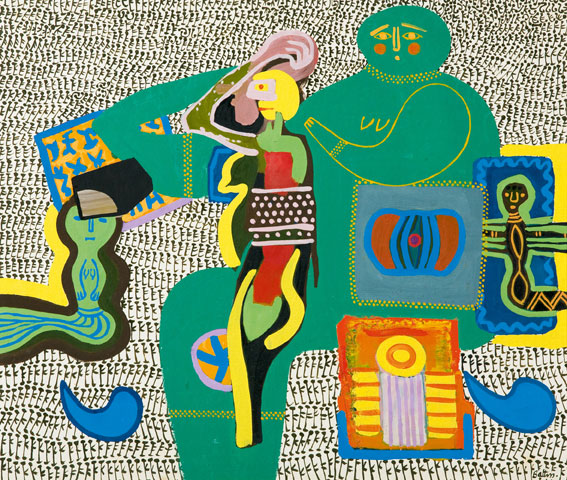 Mother of the Tribe.