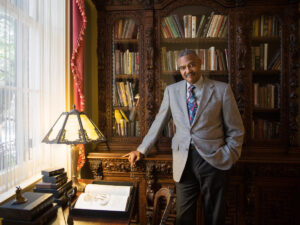 If this exhibition was held in the USA, I would first want it to include my Frederick Douglass collection, now housed at the Beinecke Library at Yale University and now available digitally online for all the world to read. I also have several slave narratives in my collection which I would like to see included. I have only one item directly related to the Dutch involvement in slavery which I would have liked to have been included in the current Rijksmuseum exhibition: A Sermon, written by Jacobus Elisa Joannes Capitein, written in 1742, an extremely rare item in the original form.

Walter Evans about the slavery exhibition in the Rijksmuseum, Amsterdam.

During my research for the exhibition TELL ME YOUR STORY. 100 Years of Storytelling in African American Art I came across the name Walter O. Evans a number of times. It was clear to me that I had to meet him as his collection of African American art was discussed in capital letters.
At the end of 2019, the first meeting took place in Savannah, where he lives since his retirement. Upon entering his house I was immediately overwhelmed by the amount of books. One hundred thousand, many with signature and/or dedication from the writer. I thought I had a lot of books, but this amount forced me to be modest. 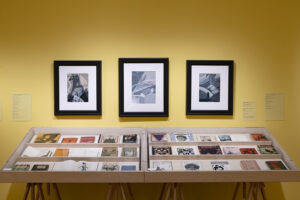 Books from the Walter O. Evans Foundation for Art and Literature in TELL ME YOUR STORY

Gradually my attention also turned to the works of art that adorned the walls. My genuine enthusiasm must have been visible. “Just say what you want to borrow. I’ve got it all.” He said the latter without arrogance, because he really had everything that I wanted to exhibit.
Ultimately, more than 40 works were included in the exhibition. Books by Harlem Renaissance writers and art works. Walter and his wife Linda were guests of honor at the opening. We thought we would see each other again soon. COVID prevented that. On the occasion of the slavery exhibition in the Rijksmuseum in Amsterdam, a museum he has visited a number of times, it seemed the right time to have contact again, this time via an (email) interview.

When did you decide to become a collector and why?

It’s difficult to place a date on my becoming a collector because my first purchases, at least of art, were to have works by African Americans which could be seen and appreciated by my twin daughters. Many museums in the USA had a few works by African American artists but rarely showed them. Before I knew it, I was purchasing art work that “I HAD to have”

Did you know immediately what the focus of your collection had to be?

Yes, the focus in the beginning was art that featured images of Black people. This, of course, was a huge mistake which I soon realized and soon thereafter reset my focus to include works of art by African Americans from the 18th and 19th centuries whose work was primarily of landscapes, still lifes and portraits of whites. There was no market for portraits of Blacks. 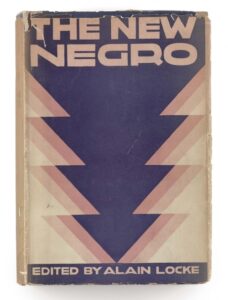 Is it true that you knew most of the artists and writers you collected?

Yes, I made it a point to meet most if not all of the artists and writers that were still alive during the time that I was heavily collecting.

4. Was this personal relation important for you, the main reason to collect their work?

It certainly made a difference in my collecting habits. Even though I rarely discussed art with the artists and writers, I did establish a bond with many of them and got to appreciate their work so much better as a result of being in their presence. I had a tendency to research their biographies in greater detail.

When I visited you in October 2019 my first impression was: this is the house of a book lover. Is that true? Are books your favorite part of your collection?

Well, in one sense, yes since I am still collecting books, not so much art. In fact, you saw only a very small fraction of the books. There are two large rooms in my home that no one else has ever visited, not even my wife. Those rooms are filled with books, booklets and pamphlets. The very last acquisitions were two books. Twelve Years A Slave: Narrative of Solomon Northup of 1853 and an extremely rare first edition of In the Life of a Slave girl, Written by Herself. Harriet Jacobs, 1861. 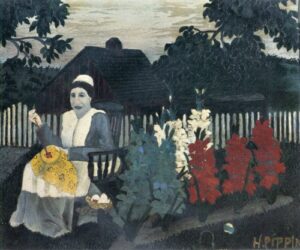 Do you have a favorite artist?

Several favorites! Among my favorites artists are several I knew well: Romare Bearden, Jacob Lawrence, Elizabeth Catlett, Richard Hunt and Benny Andrews. Although I did not get a chance to meet them befored they passed on, I would also have to include among my favorites, the work of Archibald Motley, Alma Thomas, Charles White, Aaron Douglas, Norman Lewis, Horace Pippin and William H. Johnson. 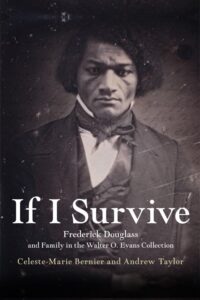 You are much more than a collector: you stimulate artists, you commission artists, you make publications possible etc. etc. Can you tell me more about these activities?

I have indeed commissioned artists for specific projects and for publications that I have personally published or had published. Beginning in the late 1970’s, when living in Detroit, I would invite artists and writers to come to the city and spend a week, on average, visiting various schools, community centers, hosting receptions at my home, etc. This occurred, on average, of twice a year until I retired in 2001 and moved to Savannah. Almost always, these artists and writers would reside at my home. To name a few: Romare Bearden, Richard Hunt, Jacob Lawrence, Sterling Brown, Margaret Walker Alexander, Gwendolyn Brooks, Benny Andrews and more. 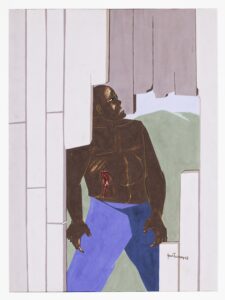 You are a collector who wants your collection to be seen by a wide audience. Your generous participation in exhibitions shows that. Why is that important for you? Is that part of a mission?

It goes back to my original mission, beginning with having my daughters see art by African Americans, but expanding that to include the wider public who could not experience the joy of seeing and appreciating this great body of work.

You know that the Rijksmuseum in Amsterdam is going to show a slavery exhibition. Do you think an exhibition like that is important? Does such an exhibition help to eradicate prejudices and combat racism, you think?

I absolutely think this is an important exhibition. Admission of this horrific sin upon the world is the first step to healing and to ending a practice that is still ongoing in some parts of the world. 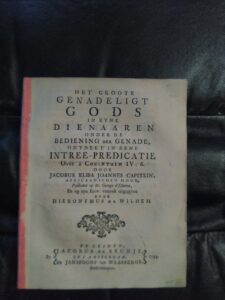 I have had the pleasure of visiting the Rijksmuseum on each occasion that I have visited Amsterdam. I have seen the exhibition area that deals with the Dutch involvement in Indonesia. I have not yet seen the current exhibition but believe that it gives fair treatment to the subject matter based on what I have read. If this exhibition was held in the USA, I would first want it to include my Frederick Douglass collection, now housed at the Beinecke Library at Yale University and now available digitally online for all the world to read. I also have several slave narratives in my collection which I would like to see included. I have only one item directly related to the Dutch involvement in slavery which I would have liked to have been included in the current Rijksmuseum exhibition: A Sermon, written by Jacobus Elisa Joannes Capitein, written in 1742, an extremely rare item in the original form.

Contemporary art of black artists is only a small part of your collection. For a reason?

I have recently begun to include contemporary art to my collection; however, I’m learning about it far to late in my life at a time when my resources are dwindling. My association with Savannah College of Art and Design (SCAD) over the past 15 – 20 years has been the main source of my knowledge of contemporary art. Were I much younger and just starting to collect, contemporary art would be much more visible in my collection.

What makes your collection unique?

I began collecting works by major African American artists when very few museums or collectors were interested. Also, my collection includes books, letters (James Baldwin, Malcolm X, Toussaint Louverture, and so many more), manuscripts, etc.. Don’t know too many art collectors that include these items in their collections.

BIO
“He grew up in Savannah in the 1940s. Evans who was black was not allowed to attend the local art institutions because of segregation. But through a good education at home and in school he learned of black artists and other blacks of achievement. Evans as he went to school later to become a surgeon began to attend art museums around the world. But to his dismay African Americans were not represented even in museums that were not segregated. Evans pledged to do what he could to change the absence of African American artistic representation in the art world.
Evans received a degree from Howard University and completed his medical degree at the University of Michigan. Dr. Evans worked in Detroit as a surgeon for twenty-five years. In 1978 he purchased a portfolio of John Brown’s Legacy by Jacob Lawrence. This purchase ignited an enthusiasm for art collecting. He soon was forming relationships and purchasing paintings and commissioning paintings from the leading African American artists.
(…)
(Linda and Walter Evans) established The Walter O. Evans Foundation for Art and Literature to serve as an educational resource for African American art and culture. Evans whose collection has expanded to over 700 works has been included on several most important art collectors lists. His collection is on the short list of greatest African American artists collections. A collection he can and did say proudly that he could no longer afford because of the interest in these painters. Something he had a hand in making occur.

← Isan Corinde: Slavery Past
International Week of Black Women in the Arts →