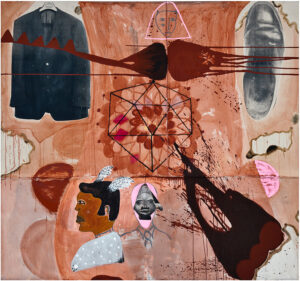 He is an American artist who uses brilliant colors, dynamic patterns, and hypnotic signs and symbols to explore the spiritual ties between people that transcend location or nationality. He constructs fantastic landscapes and mystical scenes to examine these metaphysical relationships. Watts has established a large lexicon of quantitative, geographic, musical, and scientific symbols and forms, both modern and ancient, to communicate his dynamic vision. Taking inspiration from Africa, his Parisian education, and his life in New York, he combines found artifacts, fabric, collage, and traditional painting and drafting methods, creating images that invoke his multicultural identity and give rise to various socio-historical readings. As he has stated: “My vision is not bound to a country or continent…While I use identifiable pictorial elements to be better understood, this project is nevertheless about something much wider. I am painting the Cosmos.” Watts studied at L’École Nationale Supérieure des Beaux-Arts in Paris, France, before relocating to New York in 1989. 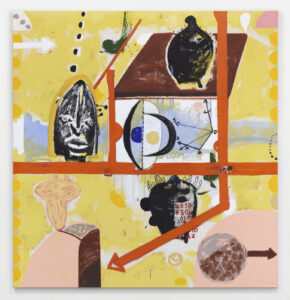 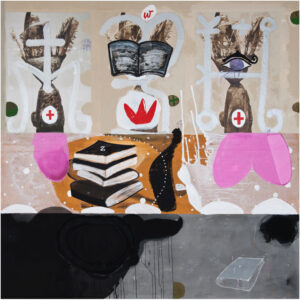