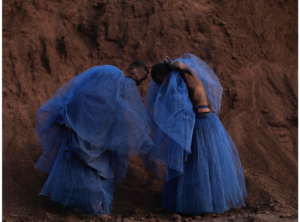 About:
Born in 1986 in Soweto, South Africa, Lives and works between Johannesburg and Cape Town.
Material, metaphor and the black body are the tools that Mohau Modisakeng uses to explore the influence of South Africa’s violent history that has been ignored in today’s society, on how we understand our cultural, political, and social roles as human beings in post-colonial Africa and in particular post-apartheid South Africa. Represented through film, large-scale photographic prints, installations and performances, his “work doesn’t start off with an attempt to portray violence but it becomes mesmerising because although we might recognise history as our past, the body is indifferent to social changes, so it remembers.” 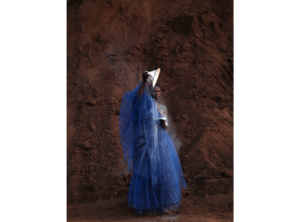 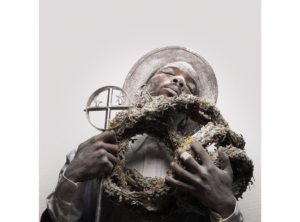 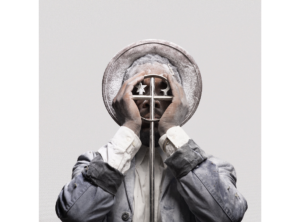 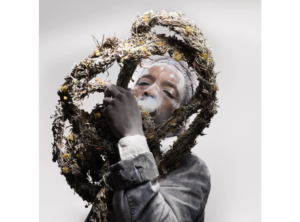 Born in Soweto, an epicentre of black urbanity and cosmopolitan culture, the multi-award winning Mohau Modisakeng is a product of Cape Town’s Michaelis School of Fine Art. Mentored by Jane Alexander and predominantly working and training in sculpture, he completed his undergraduate degree in 2009 then completed his Masters degree at the same institution. He was awarded the SASOL New Signatures Award for 2011 and has exhibited at Armory Show, New York (2016); Saatchi Gallery, London (2012); Dak’Art Biennale, Dakar (2012); Focus 11 and Basel (2011). In 2013 Modisakeng produced an ambitious new video work in association with Samsung as a special project for the 2013 FNB Joburg Art Fair. His work is included in public collections such as the Johannesburg Art Gallery, IZIKO South African National Gallery, Cape Town and SAATCHI Gallery, London as well as significant private collections such as Zeitz MOCAA. (courtesy Ron Mandos Amsterdam)