Chakaia Booker at the Smithsonian 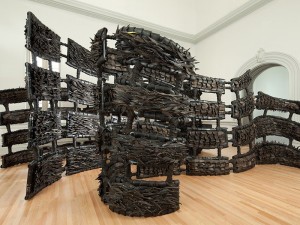 Chakaia Booker (1953) made ‘Anonymous Donor’ for the Renwick Gallery of the Smithsonian in Washington DC. Until July 10, 2016.

“Booker does not want to belabor her process or the meaning of her work. At various times over her four-decade career, she’s said her abstractions speak to the environment and ecology, the diversity of humanity and African Americans in particular, the slavery experience, the industrial world and communication. 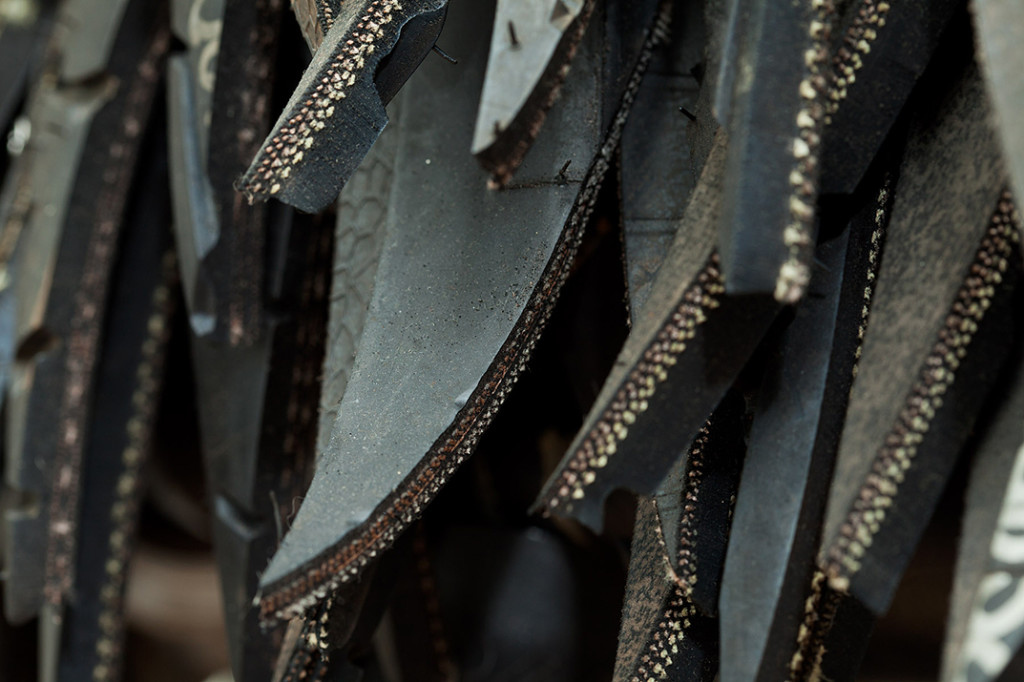 She says she does not pre-ordain values or expectations—the products of her labor are there for the public to enjoy or not, to make their own interpretations, or to take them simply for what they are: giant assemblages of rubber and steel. “My intention is to translate materials into imagery that will stimulate people to consider themselves as a part of their environment, as one piece of a larger whole,” Booker told Sculpture magazine in 2003, in a rare lengthy interview. 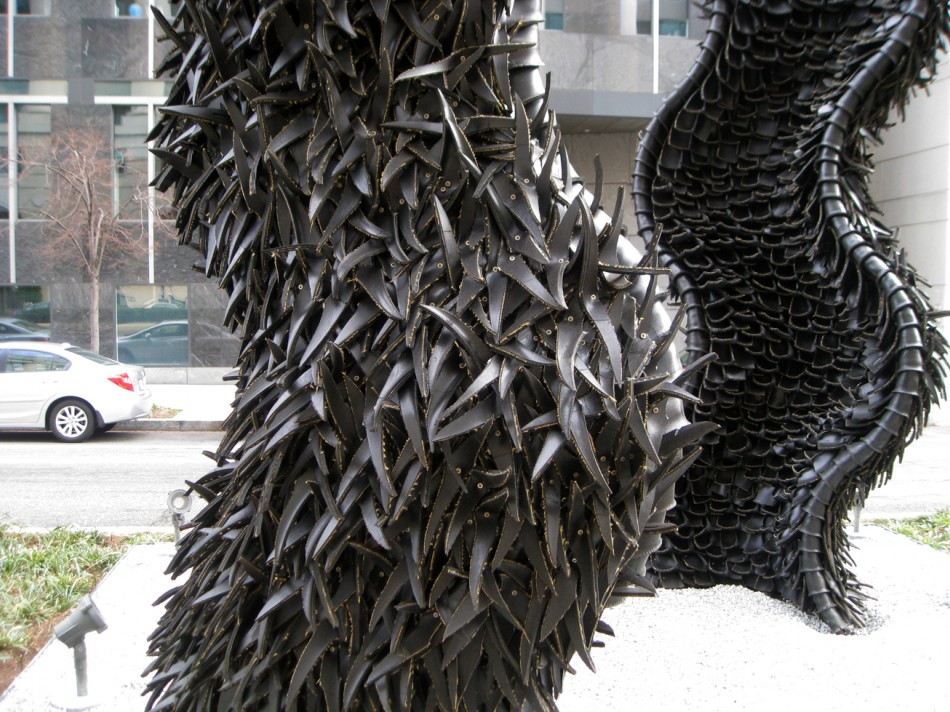 “My intention is to translate materials into imagery that will stimulate people to consider themselves as a part of their environment, as one piece of a larger whole,” Booker has said. (Nelson Tejada)
“Whether I use an architectural format or something to look at, I believe art should dialog with viewers,” she added. She says she feels the same about Anonymous Donor, her piece at the Renwick. Though the title refers to what she calls “the lack of inclusion,” it is up to the viewer to decide what it is telling them, says Booker.

It’s an approach that the show’s curator Nicholas Bell endorses. “I don’t want to be telling people what they may be seeing,” he says. “I really just want people to try and spend some time figuring out what they’re reacting to, and what that means for them.” (from the website of Smithsonian, a quote out of a text by Alicia Ault)