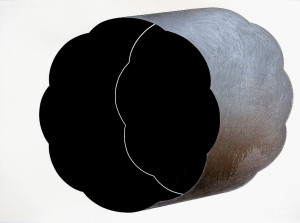 My work invites viewers to stare at colors for periods of time so they can experience an after-image – a virtual and opposite set of colors completely fabricated by the eyes. I am interested in the dualism of color and after-image, light and dark, volume and void, and the ontological relationship between the ‘Thinginess’ of things and nothingness as exemplified in the brain/mind relation. Through my work, I examine the intersection of cultural, philosophical and scientific concepts about the double nature of consciousness. The Yoruba people of Western Nigeria believe that consciousness, regarded as the head, has both a physical and a non-physical dimension, which is referred to as the outer, and the inner head. This notion of exteriority and interiority somewhat correlates with what Sartre alludes to as – existent and essence. It is the visual implications of these concepts that inspire my work. 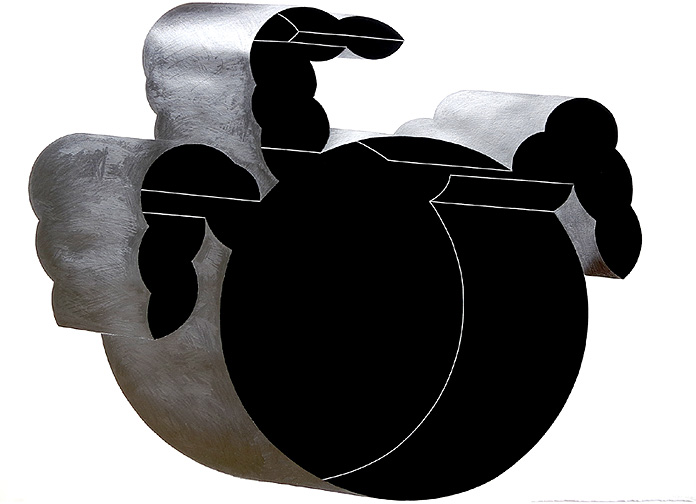 My diptych paintings in which the ascetic rigor of a line-drawn right panel is juxtaposed with a lush, colored and textured left panel, is an exploration of both the visceral experience and the visual perception of color, including the psycho-physiological experience of seeing an after- image – a visual phenomenon which, within the context of my work, could be considered as a metaphor for the intangible ‘inner head’. The right panel provides a platform on which people can observe the discreet, autonomous and rather curious behavior of the mind’s eye as it conjures up simultaneously contrasting virtual colors which have no real existence in the objective world. I find it interesting that, scientifically, ‘real’ color itself, an interpretation of white light, is a construct of the brain/mind. My diptych work draws attention to the dual aspect of this mysterious phenomenon that color is. 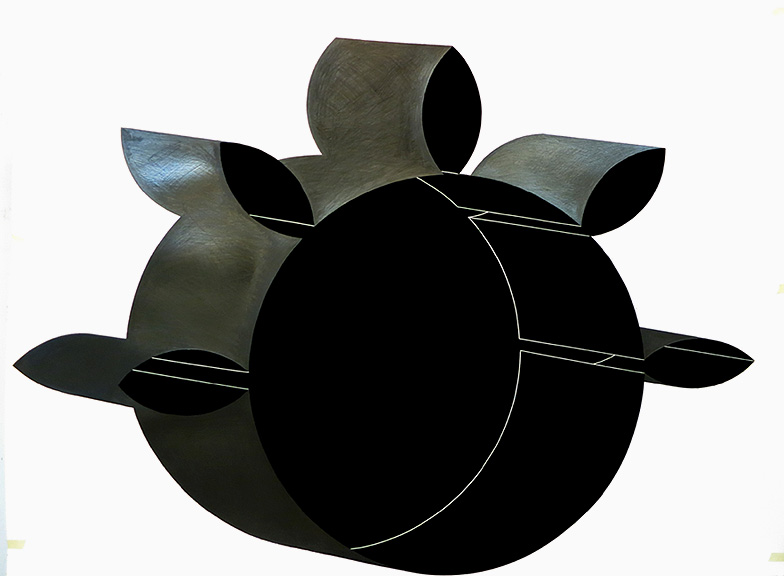 In my drawings, the light reflecting sheen of graphite is contrasted with the matte, light absorbing quality of black pastel to create ‘containers’, which could also function as metaphors for the tangible physicality of the head. The title – Self-Portrait alludes to the intangible essence of self contained inside the head. Tonal variation as an indication of light and shade is avoided because the visual intelligence of the mind’s eye still creates the illusion of three-dimensionality from the chromatic juxtaposition of the black of the pastel, the gray of the graphite and the white of the paper. 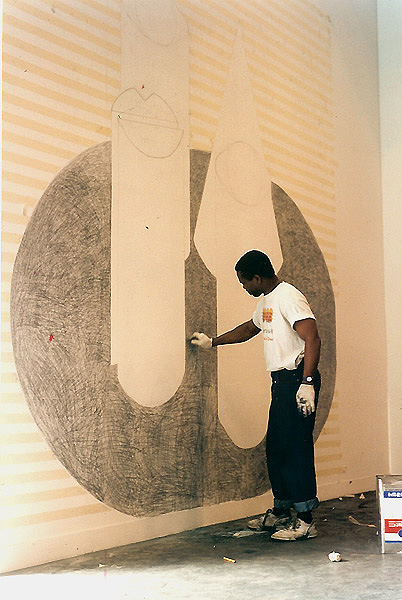