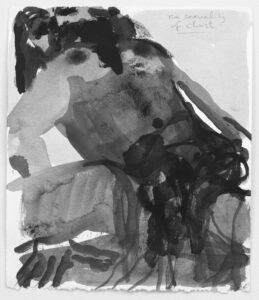 SHAME! And masculinity
H401, Herengracht 401, Amsterdam, until the end of January
An exhibition curated by Ernst van Alphen

Marlene Dumas, The Sexuality of Christ, 1994 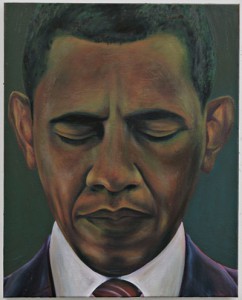 “Recent Me Too scandals have led to two powerful affects in people: anger and shame. Those two affects are intimately related, because anger is often expressed by inflicting shame on the person at whom the anger is directed, as in ‘shame on you!’ We punish people by making them shameful. Whereas the former affect of anger and ‘shame on you!’ is directed against the perpetrators, the affect of shame is much more difficult to locate. It can be experienced by victims, bystanders, as well as by perpetrators, and people who identify with one of these positions. But because of the fact that Me Too perpetrators are most often male, the affect of shame is especially felt by men. Shame that is felt from within manifests itself as a failure or absence of contact, the loss of feedback from others, indicating social isolation and signalling the need for relief of that situation. 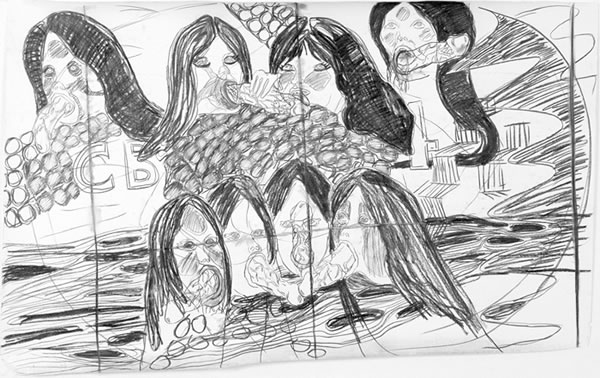 In order to better understand how masculinities have been shaped by feelings of shame, the exhibition explores the different manifestations of shame, in intimate relation with its repercussions on masculinity. 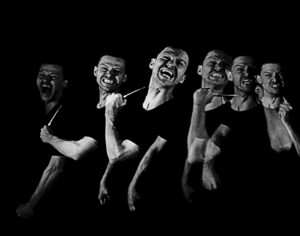 The following conclusions about masculinity in visual culture form the starting point for this exhibition. Whereas women are depicted as defined by their sexuality, as sexual beings, in the representation of men their sexuality plays a minor role. Their genitals do not occupy a special place in the representation of their masculinity; they are comparable with any other body part. And even more importantly: women are always highly self-conscious of their sexuality, whereas men are depicted in such a way that they do not show any awareness of their sexuality. Theirs exists only in the eye of the beholder. This has repercussions for the affect of shame. In visual culture the shameful sexuality of men can be dealt with in two ways. First, by denying shame and showing no signs of any awareness of their sexuality; second, by refusing any representations of shameful male sexuality in the visual domain. This is no option for women; their sexuality is always present in visual culture, as something shameful that should be hidden, following the Venus pudica tradition; or as something that should be exploited and exposed shamelessly as an object of desire and more recently also as a subject of desire. 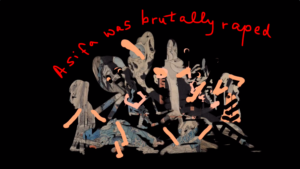 But of course, since the 1960s the second feminist wave has changed a lot in the representation of masculinity in visual culture. For this exhibition, works by a variety of contemporary artists, both male and female, have been selected, in order to explore the issues that for centuries have determined representations of masculinity, especially, but not exclusively, of male sexuality. How self-conscious are men in the depictions of their sexuality? Is their sexuality addressed in a shameful or a shameless way? Is masculinity depending on male authority and power, or not?” 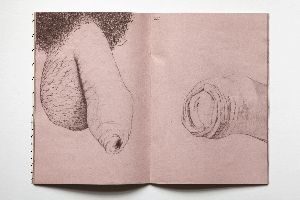 The curator:
Curator Ernst van Alphen shows how since the 60’s the representation of masculinity in visual culture has changed significantly, with a.o. politician, stateswoman, dick by dawn, enlarged by Ina van Zyl, the universal souvenir series by Natasja Kensmil, the soundscape special boy by Philip Miller and an extensive cabinet of drawings by Marlene Dumas with never before publicly shown work such as: the sexuality of christ, man bound to his own sight, whatever happened to the greeks! and with the works of Jeanette Christensen, Arnoud Holleman and sculptures of alabaster and soapstone by Hans Hovy, a video work by Nalini Malani and chronophotographies by Artur Żmijewski. 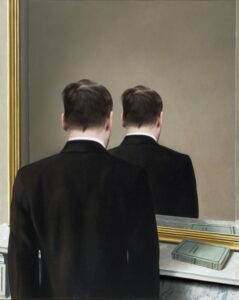 The publication:
H401 collaborated with Valiz Uitgeverij for the pubication SHAME! and masculinity with contributions by a.o. Wahbi Long, Maaike Meijer, Tijs Goldschmidt, Adeola Enigbokan, Ernst van Alphen and visual essays by the artists of the exhibition.