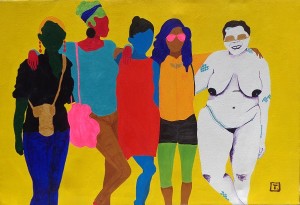 Self Portrait with new friends, 2015.

Tessa Mars is a Haitian visual artist living and working in Port-au-Prince. She completed her bachelor’s degree in visual arts in France, at Rennes 2 University in 2006. From 2006 to 2013 she worked as a cultural projects coordinator at Fondation AfricAméricA. Her work has been exhibited in Haïti, Canada, France, Italy, and the United States. In 2015 she was awarded a travel grant by the French Institute (“Visa pour la creation” programme/Afrique et Caraïbes en Création), and is subsequently in Port of Spain for a three-month residency at Alice Yard. During her stay she will be shaping her personal mythology and exploring how new surroundings influence our narratives. For more information, visit www.tessamars.com 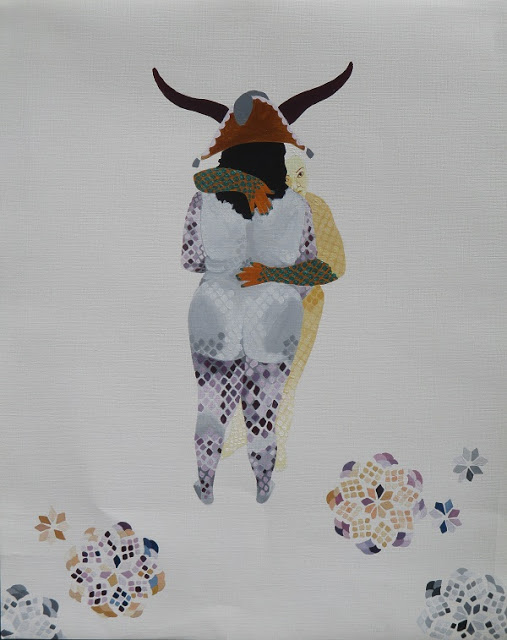 “I am always trying to find ways to express my identity as a woman inhabiting this particular body, as a woman from the Caribbean… I have renewed interest in history, Haitian history first, but also how it has influenced all of the region all over the Caribbean.” 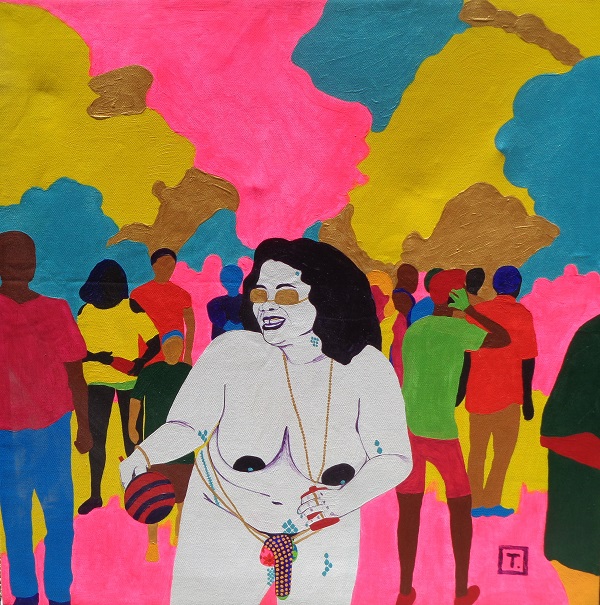 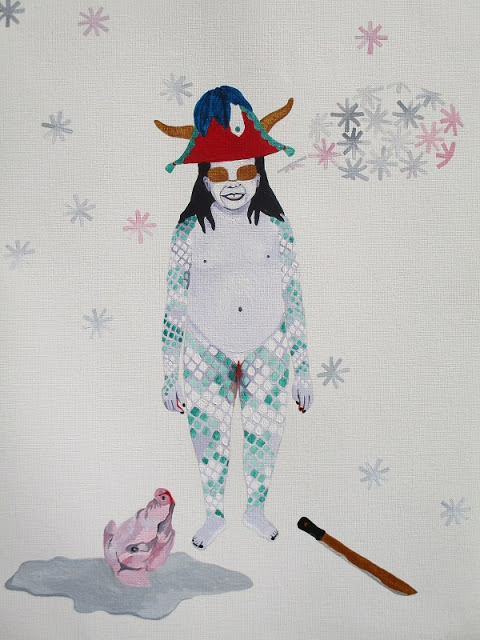 The name Tessalines is a fusion of Mars’s name and Dessalines, the Haitian revolutionary leader. “Tessalines is the part of me that is shameless and brazen. She is also a mix of my spiritual beliefs and my national identity,” Mars says. “A weird mix, but it works. Tessaline is also about being comfortable with this weird mix, with all the parts of me that are still a mystery.”(quotes of Tessa from article on Contemporary And written by Jewel Fraser, April 3, 2016)